The Harder You Look

An evening series of public events run parallel to timetabled lectures, screenings and discussions for a selected group of twenty-five students and specialists from Belgium, France, Italy and the UK.The programme examines often overlooked and pragmatic aspects of works or collections, in order to understand further their implications. 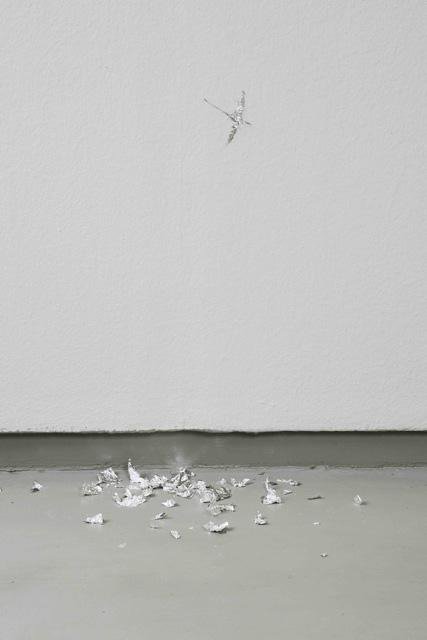 The Harder You Look is a temporary art institute organised by Collecting Matters (DRAF, Kadist Art Foundation, Nomas Foundation) and CAHF (S.M.A.K., Mu.ZEE, M HKA & Middelheimmuseum). The Harder You Look takes inspiration from and follows the procedures of scientific research as a tool for thinking and producing collaboratively.

What are the parameters that come into play when looking at a work of art? What instigates or affects its reading? What about its location or its position as part of a collection? What happens when we look harder? The Harder You Look examines how a work is influenced by context and what this implies for its relationship with a viewer.

An evening series of public events run parallel to timetabled lectures, screenings and discussions for a selected group of twenty-five students and specialists from Belgium, France, Italy and the UK.
The programme examines often overlooked and pragmatic aspects of works or collections, in order to understand further their implications. Each day focuses on a binary structure that investigates ways of looking at an artwork: image/ work, conservation/restoration, presentation/representation.

Contemporary Art Heritage Flanders (CAHF) is an initiative of the four leading contemporary art museums in Flanders, Belgium: S.M.A.K. (Ghent), Mu.ZEE (Ostend), M HKA & Middelheimmuseum (Antwerp) that serves as a research environment and knowledge platform built around their four art collections. Through a series of projects and actions (investments, workshops, symposia, publications, exhibitions) CAHF both questions and strengthens the institutional practice of collecting, by accommodating dialogue and collaboration between its four partner museums and an international community of art professionals.

THE HARDER YOU LOOK. OPENING WITH PANEL DISCUSSION CHAIRED BY LOUISA BUCK
20 NOVEMBER 2013 FROM 6.30 TO 9.30PM

The institute starts with a composition for percussion and voice by the American composer Frederic Rzewski, To the Earth, from 1985, performed by George Barton. Frederic Rzewski’s piece recites a seventh-century BC Homeric hymn: To the Earth, mother of all set to a musical accompaniment played on four flowerpots. Rzewski focuses attention on the interaction of words and rhythm – the influence that speech may have on the music; and that the musical structure may have on the speech. The setting instigates an immediate, performative context for the questions that might occur to us while reading the poem in an anthology: Who is the performer, to whom is he speaking, and why is he doing it?
The perfomance is followed by short presentations from the participating institutions which address issues of responsibility to artworks within a collection. The panel discusses amongst other concerns: de-collecting, lost works, and the tension between domestic and public spheres.

6.30pm George Barton performs To the Earth, 1985 by Frederic Rzewski.
6.45pm Vincent Honoré, director of DRAF, introduces Collecting Matters (DRAF, Kadist Art Foundation, Nomas).
7pm Curator Els Silvrants-Barclay introduces CAHF (S.M.A.K., Mu.ZEE, M HKA & Middelheimmuseum).
7.05pm Presentation by Iris Paschalidis, Head of Conservation at S.M.A.K. and Martin Germann, senior curator at S.M.A.K.
S.M.A.K. once proposed to construct a physical building inside its museum devoted to Marcel Broodthaers (1924-1976). Martin Germann and Iris Paschalidis pose questions around what to do with such an iconic part of a collection and how to activate/integrate this.
7.20pm Presentation by Sara Weyns, curator at Middleheimmuseum. Middelheimmuseum is a large open-air museum in a park but the park is too full. What is the impact on the representation of the collection?
7.40pm Panel discussion chaired by writer Louisa Buck.
8.10pm Q&A followed by a reception.

THE HARDER YOU LOOK. THE IMAGE OR THE WORK
21 NOVEMBER 2013
PLEASE NOTE: Each day has timetabled lectures and workshops for the selected group. These activities are not open to the public.

The day is dedicated to the distinction between the work and its image. What is that image that we create when thinking about a work of art? How does this image correspond to a physical reality?
10.30am Screening of an interview with artist Manon de Boer.
11 – 12.30pm Novelist Tom McCarthy in discussion with curator Pieternel Vermoortel.
2.30 – 3.30pm Screening of Understanding Art: Hidden Lives of Works of Art, Ep. 1 “Raphael”, directed by Juliette Garcias and Stan Neumann. The screening is followed by a group discussion.
4 – 5.30pm Lecture by artist Mark Leckey. The 45 minute presentation will be followed by a Q&A.

* PUBLIC EVENT
JONATHAN LAHEY DRONSFIELD IN CONVERSATION WITH IAN KIAER
FROM 6.30 TO 8PM

This evening consists of a 45 minute discussion between philosopher Jonathan Lahey Dronsfield and artist Ian Kiaer. It will be followed by a Q&A. The guests present, with examples from their work, a back-and-forth between object and theory. Ian Kiaer’s work deploys a both literal and imaginative complexity. The distinction between physical reality and a theoretical level will be investigated in their conversation.

THE HARDER YOU LOOK. CONSERVATION OR RESTORATION 22 NOVEMBER 2013
PLEASE NOTE: Each day has timetabled lectures and workshops for the selected group. These activities are not open to the public.

Which elements constitute an artwork? When does it reveal itself and what needs to be in place for it to be perceived? Be it through interpretation, through conservation, through memory, through reenactment. What makes the work perceptible and which readings should be preserved?
10.30am Screening of an interview with artist Artie Vierkant.
11 – 12.30pm Claire Louise Staunton gives a lecture on the Flat Time House (FTHo), London, where she’s the director and curator. FTHo was the home and studio of John Latham (1921-2006), recognised as one of the most significant and influential British post-war artists. A 45 minute presentation will be followed by a Q&A.
2.30 - 3.30pm Reading group about Robert Rauschenberg’s Erased de Kooning Drawing, 1953. A video from SFMOMA introduces the project and afterwords the group discusses Erased de Kooning Drawing, an essay by Sarah Roberts, published in July 2013.
4 – 5.30pm Writer/curator Camiel van Winkel discusses The Valéry Proust Museum/White Cube Fever (6.11.2011 - 05.02.2012). A group exhibition, curated by van Winkel at Mu.ZEE, Ostend, based on the idea of the inevitable disappearance of the work of art in the empty spaces of the museum. A 45 minute presentation will be followed by a Q&A.

* PUBLIC EVENT
MICHELE ROBECCHI AND SKYE SHERWIN ON MARCEL BROODTHAERS AND FELIX GONZALEZ-TORRES AND THE ROLE OF THE CRITIC
FROM 6.30 TO 8PM
An investigation into how critical discourse is constructed, conducted and presented in relation to the works of Marcel Broodthaers (1924-1976) and Félix González-Torres (1957-1996) featured in Orpheus Twice (the current exhibition at DRAF).

THE HARDER YOU LOOK. PRESENTATION OR REPRESENTATION
23 NOVEMBER 2013
PLEASE NOTE: Each day has timetabled lectures and workshops for the selected group. These activities are not open to the public.

‘Representation would be to keep something at one’s disposal as an idea in mind, which then presents the idea by substituting it with another idea. Representation is already what it is not yet: its own overflowing’.
J. Derrida, Sending: On Representation, p. 313
In order to attempt to come closer to the work the last day examines how a work is influenced by its context and how representation can merge with the presentation of the artwork.
10.30am Screening of an interview with artist Matthew Day Jackson.
11 – 12.30pm Lisa Le Feuvre in conversation with curator Pieternel Vermoortel. Lisa is Head of Sculpture Studies at the Henry Moore Institute, and she investigates the intellectual heritage of Henry Moore (1898-1986) and how that filters through in the programming and structure of the Henry Moore Institute.
2.30 – 4pm Artist Marie Lund gives a lecture on her practice. A 45 minute presentation will be followed by a Q&A.
4.30 – 5.30pm How to define the global collection? Curator Lena Monnier (Kadist Art Foundation) discusses ideas about the next chapter of Collecting Matters, that will take place in Paris in 2014.

* PUBLIC EVENT
WAYS OF LOOKING (HARDER) BY OSSIAN WARD
FROM 6.30 TO 8PM
Writer Ossian Ward discusses the ideas behind his new book (tentatively titled Ways of Looking: Contemporary Art Explained, published 2014) with an introduction to the seminal book by John Berger: Ways of Seeing from 1972.
Taking John Berger’s seminal television series and book, as a jumping-off point, Ways of Looking aims to provide the reader with the tools needed to appreciate, understand and evaluate twenty-first century art.