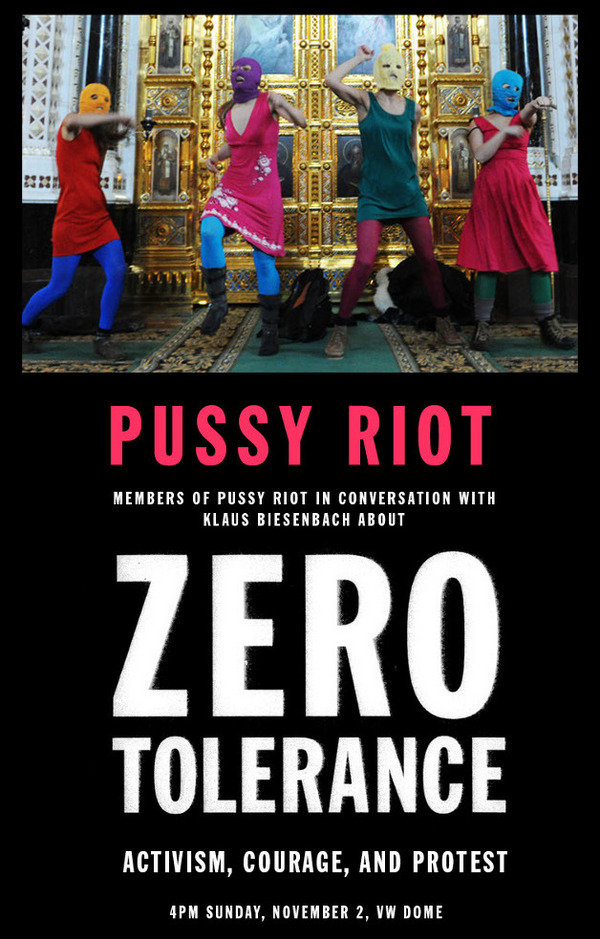 In conjunction with MoMA PS1's current group exhibition, Zero Tolerance, Sunday Sessions is pleased to present a conversation with the most visible members of feminist punk group, Pussy Riot, Masha Alekhina, Nadya Tolokonnikova and Petya Verzilov. Masha, Nadya and Petya will join MoMA PS1 Director Klaus Biesenbach in a discussion focused on the current culture of political oppression within some national and international governments and how it is being addressed by artists worldwide. Since Masha and Nadya's 2012 arrest and imprisonment in Russia for speaking out against President Vladimir Putin, they have rigorously sought, through their work with Zona Prava (an NGO focused on prisoners' human rights) and the independent news outlet, Media Zona, to highlight to the world how restrictive social policies, including the passage of anti-gay legislation, have marked everyday life.