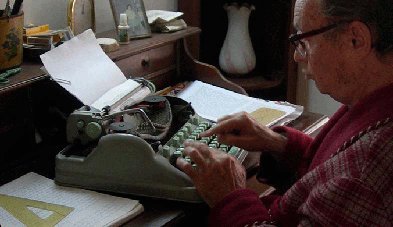 The film ‘No man’s language’ (40min., 2007) by Dana Levy (Israel, 1973) chronicles five years in the life of her step-grandfather, a cross-dressing holocaust survivor who over the span of 40 years created an international language, with its grammatical and phonetic rules, that only he speaks. This is a story of a Jew who doesn't stop wandering. Between places, wives, genders, languages.

The exhibition will running officially until Monday 22nd of October 2007. Catalogue available.

Dana Levy’s ‘No Man’s Language’ is supported by CCA The Fund for Video-Art and Experimental Cinema in Israel.