The idea of the project is an attempt to break the siege imposed on Palestinians in Gaza. It emerged of Gaza's dire need for creating a cultural atmosphere to improve the Palestinian cultural scene which has been badly affected by siege and isolation. 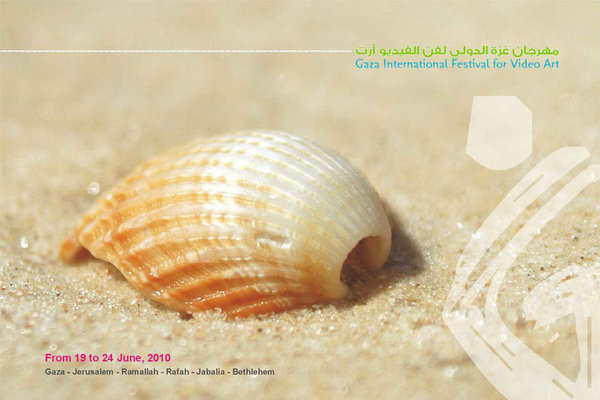 The overall idea of the project is to carry out an art festival under the title of: “Gaza’s First Festival for Video Art 2010”. This idea is part of our dream and is an attempt to break the siege imposed on Palestinians in Gaza. It will also help us communicate with the other world. The idea of this project emerged of Gaza’s dire need for creating a cultural atmosphere to improve the Palestinian cultural scene which has been badly affected by siege and isolation.

The project also aims to bring new universal elements of art to Gaza to enrich the Palestinian culture which has witnessed a decline over the last a few years due to the deterioration of political, economic and social aspects of life, in addition to the inability of Palestinian artists to move and travel and many Arab and international artists are unable to come to Gaza.

Therefore, this festival will send an open invitation to artists from all over the globe to participate in the festival and to create an opportunity for local artists to participate and contribute to the Video Art Festival. This will give the audience a chance to enjoy, appreciate and reflect on the local and international cultures. An invitation will be sent through e-mail to several cultural and artisitical institutions and individuals and advertised on cultural-based websites

Windows From Gaza
The place is restricted by us. The ideas is crowded by us. So we go together to think how to come out to the "other" and to breath through small windows. We want to say our word in this narrow place "Gaza" through our cultural artistic language to communicate with others. Many details fill the place "Gaza" and we try to make it in new descriptive colors. "Windows" from Gaza for Contemporary Art :- It is a group of young artists. They live in one geographic area. They agree in their ideas and many other things.

They believe in the collective work and think to develop the creative side of the artistic movement. They look for the new and contemporary art which they will form to serve their abilities. They think together and communicate through their permanent meetings, establishing local and international exhibitions and workshops. Everyone of them shared in many international and local events which support their culture, their artistic concept and their attempt to communicate with the others

See the program at http://www.gfvart.ps