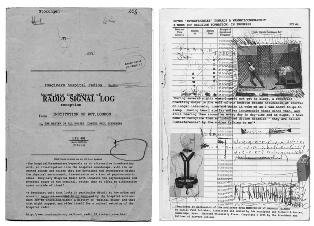 Radio Schreber, Soliloques for Schziophonic voices investigates the recurring theme of 'hearing voices' in sonic and literary works by paying homage to Daniel Paul Schreber's Memoirs of My Nervous Illness. For the centenary of Schreber's death (and Freud's Psycho-analytic Notes), a sound performance by artist Richard Crow will give voice to Schreber's visionary text through a specially created composition that will be premiered at the Freud Museum London. As a continuation of his project, Imaginary Hospital Radio, Richard Crow will work in collaboration with sound-poet Gabriel Severin in exploring a sonic tableaux of phantasmic and disembodied voices embedded in the text as well as in its physical and imaginary locations inhabited by Schreber. The event presented by Sound Threshold, will be followed by a conversation between the artist and the Director of Sound Threshold, Lucia Farinati, introduced and moderated by Ivan Ward, Deputy Director of the Freud Museum.