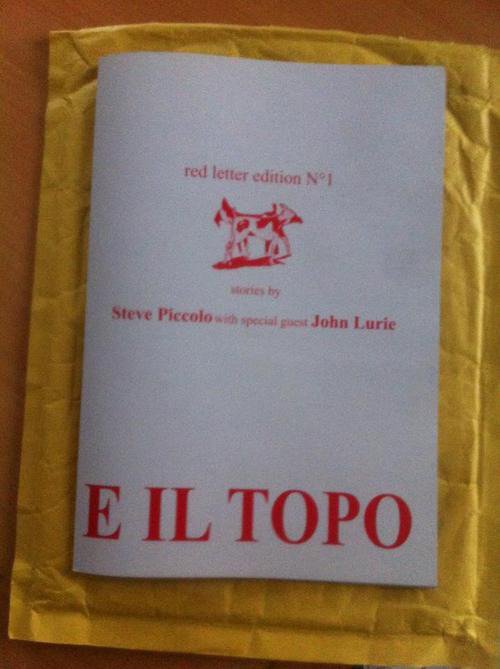 Red Letter Edition: launch, performance and reading by John Lurie, Steve Piccolo, Gabriele Di Matteo and Y Liver. E Il Topo launches the publication of the first issue of its 'Red Letter' series, in parallel with the ongoing releases of the magazine. This new initiative will involve artists who utilize writing as a complementary part of their work, but also as an intimate, private mode of expression. Stories printed in red that make the writing itself into an image, to rediscover the place where images often originate. The first issue features stories by two members of the historic band The Lounge Lizards: Steve Piccolo and (special guest) John Lurie.