9th edition. The fair boasts over 120 galleries: 82 Brazilian and 41 international galleries. Other events around the city include the exhibition O Ar Mais Proximo e Outras Materias, an extensive exhibition of artist Waltercio Caldas' work, as well as Recuo, an installation by Iran do Espirito Santo in the Capela do Morumbi, among others. 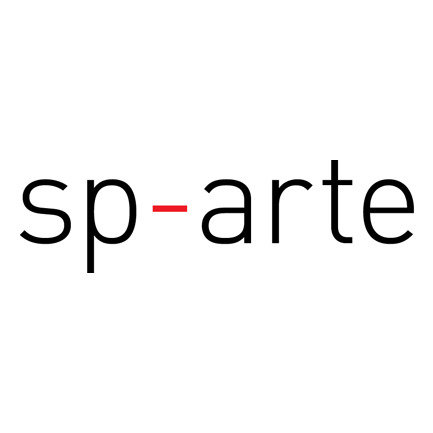 SP-Arte announces its ninth edition, taking place April 3–7, 2013, at the São Paulo Bienal Pavilion in Ibirapuera Park. The fair boasts over 120 galleries: 81 Brazilian and 41 international galleries. During SP-Arte, São Paulo is taken over by special events to welcome the fair and its guests. This year, São Paulo’s famous Casa de Vidro, the former residence and historic home of Brazilian arquitect Lina Bo Bardi, will reopen its doors in time for SP-Arte on April 4, for the exhibition “The insides are on the Outside”, curated by Hans Ulrich Obrist. Other events around the city include the exhibition “O Ar Mais Próximo e Outras Materias”, an extensive exhibition of artist Waltercio Caldas’ work, as well as “Recuo”, an installation by Iran do Espirito Santo in the Capela do Morumbi, among others.

The fair’s programming is stronger than ever. On April 4–6, SP-Arte presents “Dialogues”, conversations held between Adriano Pedrosa and curators, artists, and collectors. Curatorial Lab, a project developed by Adriano Pedrosa, will enter its second edition; four young curators were selected for professional development workshops; the results of these encounters will be presented as individual exhibitions at SP-Arte. Editorial Cluster continues to broaden the public’s view on the role of Artist’s books. The cluster showcases an exhibition based on the Bacanas Books blog by artist Fabio Morais, acting as part collector’s journal part virtual catalogue.

In its 9th edition, SP-Arte is celebrating another year of expansion and new developments. Brazil’s first and most important art fair is larger, occupying three floors of the emblematic Bienal Pavilion as it presents 122 galleries alongside a rich cultural program. In this process of opening the art market, the São Paulo State Government has played a key role by ensuring, once again, the exemption of the ICMS tax on the sale and import of artworks. SP-Arte’s cultural programming includes Adriano Pedrosa’s education initiatives which involve “Dialogues”, conversations held with collectors, curators and artists, and “Curatorial Lab” - four exhibition projects developed by four young curators under his curatorial guidance. The fair also features an Editorial Cluster with select art magazines, releases, artist’s book publishers, and an exhibition based on artist Fabio Morais’s collection of artist’s books, “Bacanas Books”. In addition to a structured and varied cultural program, SP-Arte also offers a VIP/Professional Program, carried out in partnership with the Latitude/ABACT/Apex Project, brings dozens of art professionals – curators, directors and researchers from prestigious institutions around the world to Brazil so they can deepen their knowledge and encourage the exhibition or acquisition of Brazilian artworks abroad.

Forty one international galleries - 30% of the fair’s exhibitors - represent 15 countries from Latin America, North America, Asia and Europe, this global representation of galleries further illustrates the diversification of Brazil’s thriving art market. SP-Arte also reflects a greater diversity within Brazil itself, which sequentially reaches beyond the traditional Rio–São Paulo axis. This year there are 81 galleries from Brazil’s Center West, Northeast, Southeast and Southern regions. The event also includes a section dedicated to multiples, editions and Showcase, galleries selected to work under the curated direction of Eduardo Brandão and Luisa Duarte.

Since 2008, SP-Arte’s Donations Program has promoted the acquisition and donation of artworks in the private sector to important contemporary art museums. as well as to encourage artistic production. In 2013, the awards that will be given during the fair include the Illy SustainArt-Brasil Prize for young artists, the ICCo/SP-Arte Artist’s Residency Grant and the EFG Bank & ArtNexus Acquisition Award.

For the second year in a row, SP-Arte is carrying out a partnership with museums in the city of São Paulo, encouraging the public to visit and circulate among them. The institutions that are taking part in this program and have distributed tickets to SP-Arte/2013 include MAM (Museu de Arte Moderna de São Paulo), MIS (Museu da Imagem e do Som), Pinacoteca do Estado de São Paulo, MAC USP (Museu de Arte Contemporânea da Universidade de São Paulo ), CCSP (Centro Cultural São Paulo), and Itaú Cultural.

When invited to curate the fair’s special projects, Adriano Pedrosa proposed that the process be dedicated to the training of professionals interested in the curatorial field. In 2012 this gave rise to the Education Program, which includes Curatorial Lab and Dialogues. Together, they offer different possibilities for the training and cultivating of the fair’s public, whether through their involvement with the curatorial projects or by attending the dialogues with art professionals. The Education Program is held on the ground floor of the Bienal Pavilion.

SP-Arte is presenting the second edition of the Curatorial Lab. The only project of its kind in the context of an art fair, the Curatorial Lab offers young curators the opportunity to develop and implement exhibition projects, composing a nucleus of curatorial experimentation within SP-Arte. The program received projects sent by young curators throughout Brazil. The four project designs selected by Adriano Pedrosa were by the curators Fernando Oliva, Mariana Lorenzi Azevedo, Monica Espinel and Tomás Toledo, who will develop and execute exhibitions in a special section of the fair, featuring artworks by artists represented by the participating galleries. Pedrosa has accompanied the development of the curatorial projects and the setup of the exhibitions since the curators were first selected. After the exhibition of their projects, each selected curator is awarded a trip to the Istanbul and Venice Biennials, an unparalleled opportunity for continued contact with artistic and curatorial production.

The Dialogues were organized by Adriano Pedrosa to inform and educate the fair’s public on the art market. The dialogues also provide an additional component of experience and international context to the fair. The conversations are carried out in three axes, each day with different professionals: artists, curators and collectors. In an effort to systematize and archive the debates held in each edition of the fair, SP-Arte seeks to preserve the rich documentation of thought concerning contemporary themes.

The Editorial Cluster highlights the relationships existing between artistic production, editorial production, and their markets. It consists of four sections: Art and Culture Magazines from Brazil and abroad; the Bacanas Books exhibition; publishers of Artist’s Books; and book Releases. The Editorial Cluster will be presented on the ramp between the pavilion’s ground floor and first floor.

Once again, SP-Arte is presenting an exhibition on artist’s books with the intention of increasing awareness and understanding of artist’s books. The exhibition features artist Fabio Morais’ artist’s book collection, entitled Bacanas Books, featuring artist’s books, rare editions, and multiples. The selection made for the exhibition highlights certain works while also emphasizing the dynamics of collecting, and how this particular collection was put together. The acquisitions of Bacanas Books are narrated in a blog written by Fabio Morais, which is both a collector’s diary and virtual catalog. Each work sheds light on the internal dynamics of collecting. The exhibition reveals and illustrates how collecting is more than simple accumulation, involving a range of concerns (personal, autobiographical, literary, visual, political...). In the case of artist’s books and publications, there is an additional attribute that distinguishes them from other artworks-arist’s books move within the parameters of the publishing circuit, and are subject to its particularities such as wide-scale distribution and large print runs, at low prices. For the exhibition, Fabio Morais and Pedro Vieira made a selection of publications from the Bacanas Books blog accompanied by the respective text. To learn about some of the works from the collection, visit www.bacanasbooks.blogspot.com.br

Livraria da Vila will be responsible for a careful selection of art books concerning art criticism and theory, design, architecture and reference, comprising an unparalleled selection of art publications in Brazil and abroad. Some of the releases during the fair will take place at the space of Livraria da Vila. Other releases will take place in the lounges of our sponsors, in the publisher’s stands, as well as some of the participating galleries!

SP-Arte has invited important Brazilian and foreign magazines that dialogue with artistic production. Besides the usual sale of subscriptions, the magazines will produce specific content about the world of the fair, which will be available on SP-Arte’s site: www.sp-arte.com. The magazines will be located on the access ramp between the ground floor and the first floor, actively contributing to the flow and connection between the elements of the Editorial Cluster. This is a great meeting point between publishers, journalists, artists, professionals and the reading public.

Please contact A4 Comunicações, SP-Arte’s Press Agent since 2005, to obtain images and press releases of the Fair or to obtain a press pass.