In establishing New World Academy, artist Jonas Staal and Basis voor Actuele Kunst conjoin their efforts to launch a new academy that invites political organizations invested in the progressive political project to share with artists and students their views on the role of art and culture in political struggles. 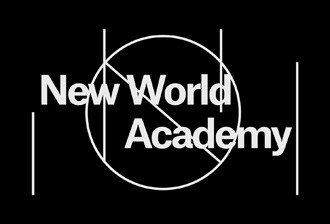 In establishing New World Academy (NWA), artist Jonas Staal and BAK, basis voor actuele kunst conjoin their efforts to launch a new academy that invites political organizations invested in the progressive political project to share with artists and students their views on the role of art and culture in political struggles. Together, they engage in critical thinking through concrete examples of transformative politics and develop collaborative projects that question and challenge the various frameworks of justice and existing models of representation. NWA proposes new critical alliances between art and progressive politics, as a way to confront the democratic deficit in our current politics, economy, and culture.

The first three sessions of NWA are organized at BAK in collaboration with the cultural workers of the National Democratic Movement of the Philippines, the collective of refugees We Are Here, and the open-source advocates of the Pirate Parties International. Each session is followed by collective public presentations, performances, campaigns, and exhibitions.

The curriculum of NWA develops from concrete case studies—models of cultural activism as both an imaginative and practical force in shaping the democratic project—ranging from the educative "protest puppetry" of the Maoist National Democratic Movement in the Philippines and the cultural protests organized in the Netherlands by the refugee group We Are Here, to the attempts by the international Pirate Parties to advance open-source models in favor of free, digital distribution of knowledge. These examples propose an alternative collective infrastructure to confront what Staal calls "democratism," that is, "the disastrous present of the world dominated by the condition of capitalist democracy." In recognizing the commonalities in the entangled discontents and massive civil uprisings across the globe, NWA actively engages the role of art within movements that challenge the maddeningly complex network of contemporary power relations.

Structured as concentrated three-day-long assemblies of students, artists, theorists, activists, and artworks, followed by a an exhibition and a public forum hosted by BAK, the participants work together towards realizing collective projects in the form of campaigns and various public projects hosted by Centraal Museum, Utrecht and De Balie, Amsterdam. For each session, a reader with a compendium of key texts related to the invited movements and the respective roles of art within them is published.

NWA is established by artist Jonas Staal in collaboration with BAK, basis voor actuele kunst, Utrecht. As a department of Staal's artistic and political organization New World Summit, NWA is a long-term project and its future iterations take place in various cultural and political contexts throughout the world.

Calendar in short:
All workshops, public presentations and discussions, and exhibitions following each of the sessions take place at BAK.
The performance of People’s Trial is presented on 23.11.2013, 15.00–17.00 hrs at Centraal Museum, Utrecht.
The event Collective Struggle of Refugees: Lost. In Between. Together. comprises a lecture, panel discussion, presentation of projects, as well as a musical performance, and is presented on 06.12.2013, 20.00–22.00 hrs at De Balie, Amsterdam.