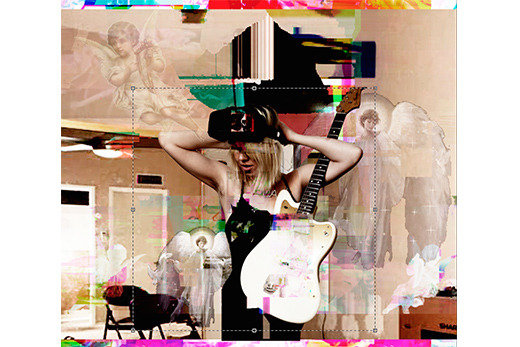 Erika Anderson, aka EMA, is a musician and multimedia artist based in Portland. Working with her live band, or through hybrid texts designed for sites that creatively repurpose the tools of the internet, Anderson is vitally engaged with half a century's worth of pop culture language. Wanna Destroy is a Virtual Reality environment built in collaboration with Portland-based developer Zach Krausnick and the software company Chroma. This virtual world uses 3D game mechanics to articulate experiences not often explored in mainstream gaming; including guilt, nostalgia, family, and transcendence. Audience members explore a changing 3D environment, while their experiences are projected before the entire audience. EMA provides a live score, working to meld semi-acoustic instruments and lyrical content into a digital world. Sunday, February 15, 2015 2:00 PM to 6:00 PM