You Betta Werks celebrates the convergence of two seminal liberation movements that emerged out of Harlem; The Brotherhood of Sleeping Car Porters and the House and Ballroom Scene. Dance artist niv Acosta presents a performative response on the activist possibilities of gathering. 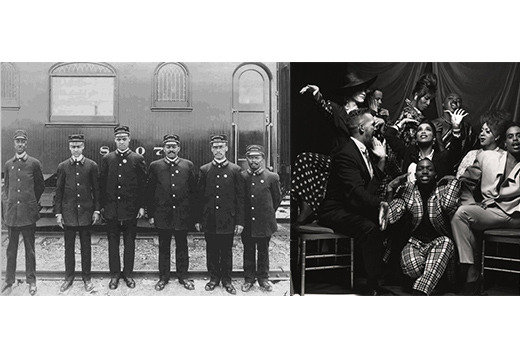 YOU BETTA WERK celebrates the convergence of two seminal liberation movements that emerged out of Harlem; The Brotherhood of Sleeping Car Porters and the House and Ballroom Scene.

In August 1925, 500 Pullman porters gathered in secret at the Imperial Elks Lodge, Harlem, to protest deplorable working conditions. Led by activist A. Philip Randolph, they formed the Brotherhood of Sleeping Car Porters, united under the motto "fight or be slaves." It was the first African American-led labor organization and a forerunner of the struggle for black dignity and civil rights.

Sixty years later, the same Elks Lodge was one of the principal locations for House Balls, immortalized in the 1991 film, Paris is Burning. Ball culture—with its strivings, stylings, acts of self-expression and self-determination—was its own strike towards freedom, proclaiming the validity, beauty and power of queer lives.

These distinct liberation movements can be understood as aftershocks of the Great Migration, where massive population shifts of black Americans from the rural south to urban centers transformed political and creative cultures and provoked new ways of organizing.

Guests include Davarian Baldwin, a scholar of black urbanism and the Great Migration; Alicia Garza, special projects director of the National Domestic Workers Alliance and co-founder of #BlackLivesMatter; Uri McMillan, a scholar of performance and queer studies; and Kevin Omni Burrus.

The program takes place in conjunction with the exhibition One-Way Ticket: Jacob Lawrence’s Migration Series and Other Visions of the Great Movement North at The Museum of Modern Art.

YOU BETTA WERK is organised by historian Sharifa Rhodes-Pitts, author of the critically acclaimed Harlem Is Nowhere: A Journey to the Mecca of Black America and the illustrated children's story Jake Makes a World: Jacob Lawrence, A Young Artist in Harlem.