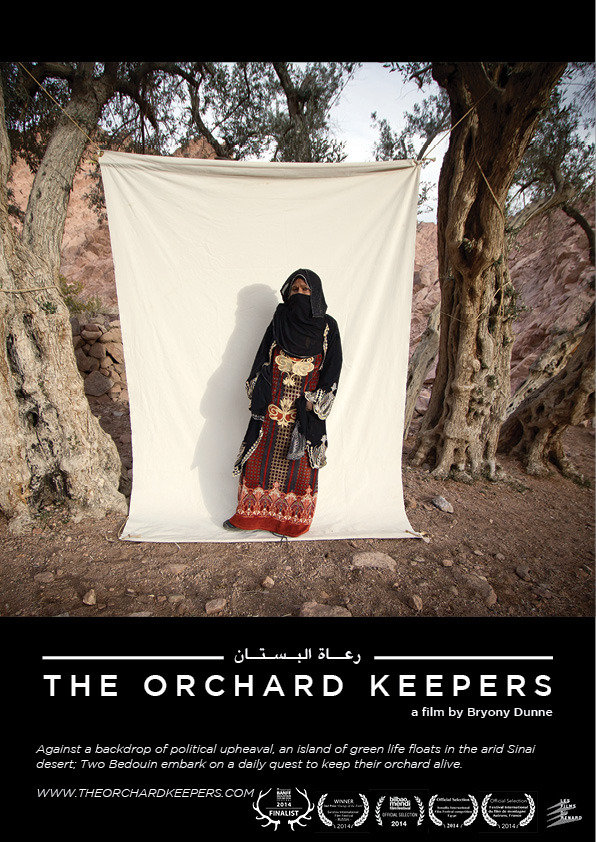 Against a backdrop of political upheaval, on a green island in the arid Sinai desert, two Bedouins embark on a daily journey to keep their orchard alive. Photographer and first-time filmmaker Bryony Dunne interweaves her own story with that of the featured orchard keepers: she encounters the orchards during a time of volatility, and goes on to learn about the timeless stability that they offer. As part of the screening Bryony will present her photography book with a collection of portrait images and a series of pen and ink drawings from her time in Sinai. Bryony Dunne is an Irish artist based in Cairo whose work engages anthropology, ecology, and visual arts. Her work has recently been presented at The Mosaic Rooms, Leighton House Museum and Goldsmiths University, London. Her first film The Orchard Keepers has been screened at over twenty international film festivals and art spaces with a recent 1st prize award at Ethno Film in Rovinj, Croatia. She is currently working on two short films, both based in Egypt, and holds a position teaching photography at the German University in Cairo. 10 June 2015, 7pm.