The Dot Org Boom. Festival of electronic art and subcultures. The main theme for this year is the Dot Org Boom, the non-profit version of the Dot Com Boom (RIP). The essential ingredients of this rapidly growing phenomenon are open source community, open content initiatives, media activist networks and myriads of NGOs around the world. PixelACHE Festival will bring together a diverse group of artists, engineers, activists, architects and designers to discuss and develop the future of Dot Org Boom. 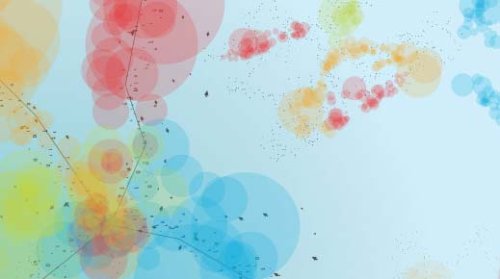 The Dot Org Boom. Festival of electronic art and subcultures

The main theme for PixelACHE 2005 is the Dot Org Boom. Dot Org Boom is the non-profit version of the Dot Com Boom (RIP). The essential ingredients of this rapidly growing phenomenon are open source community, open content initiatives, media activist networks and myriads of NGOs around the world. PixelACHE Festival will bring together a diverse group of artists, engineers, activists, architects and designers to discuss and develop the future of Dot Org Boom.

"...the Net is not Yet a monolithic broadcast medium. I remain wildly optimistic about it's potential. The recent ascent of peer-to-peer networks, weblogs and free software could be a sign of a coming Internet renaissance"
- Geert Lovink, My First Recession (2003)

"In United States and Canada, for example, almost everyone knows about the explosion of the dot-coms - a much smaller phenomenon - but millions have not heard the big story: the worldwide explosion of dot-orgs. It is a story with far-reaching implications: By sharpening the role of
government, shifting practises and attitudes in business and opening up waves of opportunity for people to apply their talents in new, positive ways, the emerging citizen sector is reorganising the way the work of society gets done."
- David Bornstein, How to Change the World (2004)

"a browser is also an editor
a desktop is also a server
a user is also a producer"
- Sarai media lab, free media lounge (2005)

Wikipedia is a free online encyclopedia which can be read and edited by anyone. Wikipedia currently has independant editions in 190 languages, sponsored by the non-profit Wikimedia Foundation. Wikipedia contains approximately 1.3 million articles, 500,000 of which are in its English language edition, over 200,000 in the German language and 100,000 in the Japanese language. Wikipedia is one of the most popular reference sites on the Web, receiving around 50 million hits per day. It has spawned numerous conceptually related sister projects such as Wiktionary, Wikibooks and Wikinews. Florence Devouard (France) will be the official Wikipedia ambassador at PixelACHE 2005.
http://www.wikipedia.org

Streamtime (Netherlands/Iraq/international) is an international crew of journalists, poets, artists and software developers, dedicated to assist local media to get connected. Openness, free publishing (copy left), easy access, low-to-no literacy and multi-linguality are guidelines. Streamtime uses old and new media for the production of content and networks in the fields of media, arts, culture and activism in crisis areas, like Iraq, where the project is setting up independent communication links between Iraq and rest of the world. Streamtime is collaborating with dyne:bolic linux cd installation project, which can be used as an instant toolkit for media production and transmission.
http://www.streamtime.org - http://www.dynebolic.org

Naeem Mohaiemen (US) will give a presentation about independent Muslim media networks and their role in shaping up the "Globalized Islam". Naeem Mohaiemen is a digital-media activist and filmmaker specializing in Political Islam. He is editor of shobak.org ("Outsider Muslims"), and
Associate Editor of altmuslim.com. He is also director of VISIBLE, a collective of Muslim and Other Artist-Activists. VISIBLE premiered DISAPPEARED IN AMERICA, a film trilogy and multimedia installation about detention of American Muslims after 9/11.
http://www.shobak.org - http://www.disappearedinamerica.org - http://www.altmuslim.com

Dodo.org a Finnish environmental organisation. Dodo.org will present a project about ideas of how the world could be saved. The ideas have been collected from the visitors of the Dodo.org website (the page about the project is unfortunately available only in Finnish). Dodo will also present their NGOphotos.org project, an image bank for NGOs where all images are made available under Creative Commons licence.
http://www.dodo.org - http://www.ngophotos.org - http://www.creativecommons.org

Used in India presents media devices and narratives of their use throughout the 20th century in India. From the cyclostyle machines of the sixties to the telephone meters of STD/PCO booths, this hyper-textual inventory refers to applications, technologies, and services that constitute the
heterogeneous world of Indian media culture and design. Used in India has been created by Center for Knowledge Societies (CKS) and is shown for the first time at the Doors of Perception Conference 8 in New Delhi, India.
http://www.ict4d.info - http://doors8delhi.doorsofperception.com

PixelACHE 2005 will also host the launch of a new project, digitalopenandfree.org. It is a project for exploring the digital open and free which is more than just open source and content - open networks, open access, open search, etc...
http://www.digitalopenandfree.org

SF&L and Drifter TV are the winners of Visual Sensations, the first national VJ competition in Netherlands and Belgium. PixelACHE features a performance by SF&L, which combines live video mixing with mixing of liquids, light and transparent plastic sheets... the result is a mix of two narratives, one based on the video footage and one on real-time typographical experiments
with texts.
http://www.visualsensations.nl - http://www.studiofrank-lisa.nl

Machinista 2004 festival in Glasgow explored and questioned the ideas of 'artificial intelligence in the arts' and 'wo/man-machine interaction'. PixelACHE 2005 presents a screening of the Machinista 2004 dvd and PERM 36 ROBOVISION performance by Pointless Creations, a Glasgow based collaborative video art project.
http://www.machinista.org.uk - http://www.pointlesscreations.co.uk

PixelACHE 2005 features a screening of the soon-to-be-released RELINE2 dvd. "RELINE2 artists investigate modern mythology, examine environments, explode form, and play with similes between machine and body. From buildings ripping apart by unseen forces to characters on strange journeys in wild imagined spaces, these videos explore the integration of technology into every strata
of our lives."
http://www.reline.net

VJ Pillow & VJ Mademoiselle and Christelle Franca (Dj Chrys de Nice) & Patrick Watson from Montreal have been invited for a two-week long artist residency to work on A Day on Earth performance. The first version of the performance will be premiered and PixelACHE 2005. The Montreal crew also includes Ben Bogart, who will present his Volume Curvature performance and the pixelTANGO software which he is developing at SAT (Society for Art and Technology, Montreal).
http://www.ekran.org/ben - http://www.sat.qc.ca

Piksel is an annual workshop dedicated for the developers of open source audiovisual software tools, organised by BEK in Bergen, Norway. PixelACHE will present some of the current Piksel software projects and results of the Piksel04 workshop from November 2004.
http://www.piksel.no

MusicBox by Jin-Yo Mok (US/Korea) is an exceptionally well designed interactive instrument. It is an electronic version of a traditional music box, where the composition is presented as dots of light on a wooden cylinder. MusicBox also contains an online component which can be used for
trying out compositions and sharing them with others.
http://www.playmusicbox.com

PixelACHE 2005 is proud to present home-made electronic instruments and a performance by one of the Finnish pioneers of the field, Mika Rintala / Verde.
http://www.aural-innovations.com/issues/issue14/verdegal.html

Do well with nothing, do better with little, and do it right now! This is the motto of Kino 00, a non-profit organization composed based in Montreal, Canada. Kino concept has been designed to drive film-makers to create quick and rough sketches of ideas. These experiments are viewed by
enthusiastic audiences every month, in Montreal and other Kino collectives around the world. PixelACHE 2005 arranges a Kino Kabaret session (an intensive workshop for creating films) and also aims to revitalize the Kino Helsinki chapter...
http://www.kino00.com

Helen Evans and Heiko Hansen are artists and interaction designers based in Paris, France. They have been selected for the PixelACHE 2005 artist residency which is organised in collaboration with NIFCA - Nordic Institute for Contemporary Art. During their two-month long stay in Helsinki, Helen and Heiko will develop a new prototype of their Nuage Vert (Green Cloud) project. Nuage Vert proposes using gas emissions of industrial plants as surfaces for interactive projections.
http://www.hehe.org

The first PixelACHE night features a particle/wave concert at Sibelius Academy concert hall and a live radiomaking session at m-bar. The PixelACHE club night on Saturday 16th of April at Umo Jazz House features Peerspex (France), Memnon (Finland) and more... On Sunday 17th of April there will be a concert of Hecker (MEGO) and Blutleuchte (Finland). More information about clubs and concerts coming soon!

PixelACHE is organising several small events together with international partners and we are also involved in several more informal collaboration projects....

Dot Org Boom media seminar in Stockholm on Tuesday 12th of April will explore the relationship between grassroot media and mainstream commercial media. What are the possibilities of the currently emerging new models for media production and distribution? There are currently millions of amateurs producing content which is freely available for all, how should the main stream media and policy makers react to this? The presenters in Stockholm include Naeem Mohaiemen (US, topic: independent Muslim media), Florence Devouard (France, topic: Wikipedia), Robert Stachel (Austria, topic: community tv and radio), Kai Kuikkaniemi (Finland, topic: digitalopenandfree.org), Juha Huuskonen (Finland, topic: electronic subcultures). The seminar is organised in collaboration with Finnish Embassy in Stockholm.

PixelVÃ„RK in Stockholm on Saturday 23rd of April is a collaboration project between The Nursery and Fylkingen. The Nursery is a Stockholm based organisation promoting experimental culture which has produced close to 100 concerts, performances, lectures and club nights since the inception in 1996. Fylkingen is a society devoted to the production and promotion of new music and intermedia art. Since its foundation in 1933 Fylkingen has been committed to experimental, new and unestablished forms of contemporary arts. PixelVÃ„RK will gather together audiovisual artists from Sweden, focusing on the visual side of the experimental music scene. The festival will present a
broad spectrum of artists who all represent different aspects of this scene.
http://www.nursery.a.se - http://www.fylkingen.se

Mal au Pixel in Paris in May 2005 will be a small one day mini-festival which brings together some of the Finnish and French PixelACHE artists and collaborators. The event is organised in collaboration with Mains d'Ouvres and is a preparation event for a larger Mal au Pixel festival which is planned for spring 2006.
http://www.mainsdoeuvres.org

Particle/Wave is a co-production of Centre for Music & Technology, Sibelius Academy and Piknik Frequency. Particle/Wave is supported by Arts Council of Finland and Australia Council for the Arts.