Contemporary art in the public spaces. It's a nomadic project that develops the comparison within the cities between various artists, curators, places and public. On view: Filippo Berta, Luca Resta and Diego Caglioni. 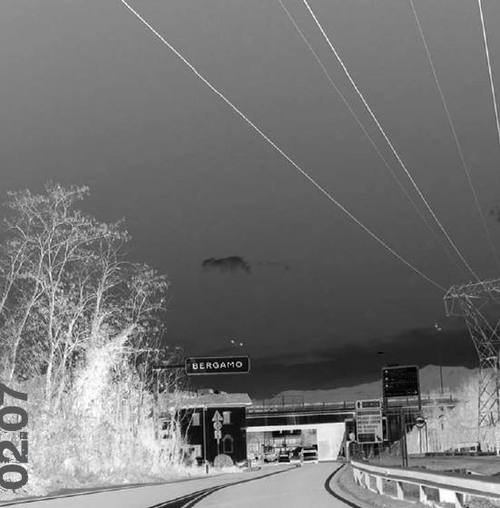 Contemporary art in the public spaces

1.60 [onesixty] It’s a nomadic space that develops the comparison within the cities between various artists, curators, places and public. The project is born with the aim to create a non institutional space for a public and professional debate on art and contemporary culture, in order to stimulate the reflection on the role and the impact in the new societies and in the socalled “suburbs areas”. The 2007 cycle is now starting and the first edition of onesixty will be carried out in the city of Bergamo [Italy]. Invited to reflect on the identity of the city and on the way in which art can resonate with the specificities of the public space, the artists Filippo Berta, Luca Resta and Diego Caglioni have elaborated some proposals that will involved different parts and people of the city. Although the project onesixty does not expect to characterize a typology of artistic participation correspondent to a specific city identity (Bergamo, soon Barcelona, Istanbul), neither to identify in a categorical way an action with its place of realization, it is still true that every city shows the own constrictions, the own processes of development, the own flows of circulation.

In a more or less aware way, this socio-historical truth constitutes a frame or a perspective angle through which formulate specific modalities of artistic participation. In this way, the actions of Berta, Resta and Caglioni are focused on some main characters, sources or symptoms of a way to be a citizen of Bergamo - also of adoption - and of a way to live in Lombardia. Filippo Berta’s work is focused on the distinguished conjugation “to the plural” of the Bergamo population, reflecting, in the performance called “Canzonette”, on the way in which two populations or social groups can share their vernacular memories and traditions. The idea is to ask to different groups of immigrates to adopt the popular songs of Bergamo as a shape of expression, inviting them to whistle in chorus the melodies of those songs. In this case, the point is not to impose a cultural identity on the “fresh-comers”, but rather to interrogate the knowledge of repetition and reproduction for their performance, and their ability to establish a communication with the audience. Such show will be able to provoke a series of unforeseeable reactions: starting from the game of the acknowledgment of the song by the audience to an interaction that will involve both the parts, and of course the eventuality of negative reactions, expressed from the will to preserve the cultural patrimony.

Technological protuberance becomes obsolete and abandoned from Italian population, the public telephone is used only by a slice of population, an “invisible” presence therefore like “invisible” has become the phone box. In order to emphasize this new shape of appropriation of the object and confer to it a new visibility, Luca Resta has planned to ring at the same time, for a minute, all the public telephones of the city. The public telephone, till now camouflaged in the city landscape, reappears thanks to its sound manifestation and the artist turns upside down its canonical use based essentially on the action of the sender, confer to it a dynamic component. The sound becomes subject of attention, catalyst of energies, gestures, and movements; in that minute the phone boxes are transformed in “sounds monuments” that preserves the memory of their existence. Also Diego Caglioni will show another type of reticular system of the city. With the project “Churches” He has documented a particularly important presence in the territory of Bergamo. The artist has stressed all the churches built in the urban area, through a city map that will be distributed to the audience.

Without any hierarchy of the religious buildings in terms of historical or social weight, Caglioni has devised a visual directory that reflects and interrogates the meaningful presence of the churches in this city. The numerous points form aleatory routes, accidentally originates from their positioning on the territory. They seem like that famous game of the magazine: “La Settimana Enigmistica”, without give us the possibility to find out the hidden draw. The map loses its functionality in order to suggest a series of more immaterial and symbolic links, and to invite to mobility. The maps will be distributed during one day of events carried out near some churches. From traditional symptom of a religious identity, the church becomes dynamic point of meeting and dialogue. According to an idea that will be repeated also in the next editions, the Bergamo event is divided in three main moments that corresponds to the artists actions, realized in some days. Although this, also the lapse of time that separate each event is a part of the project. The three events will not share the same temporality, but they intercross themselves in order to create a moving geography, a reticulated route, seeding communication points in the urban space for the entire duration of the event.
Juliane Debeusscher - onesixty staff

On Sunday, 25th of February at 16 near all the public telephones: Luca Resta