Films and videos by international contemporary artists programme includes a number of works not previously shown in Finland from artists such as Francis Alys, Jeremy Deller & Mike Figgis, Matthew Barney, Runa Islam, Christian Marclay, Deimantas Narkevicius and Anri Sala. Participating from Finland are Lauri Astala, Elina Brotherus and Hanna Brotherus with their joint work (My Happiness is Round, 2007). 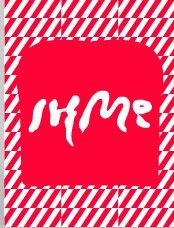 Last autumn, a new contributor to the visual arts scene was founded in Finland, Pro Arte Foundation Finland. The Foundation sees art as an essential resource in contemporary, democratic society. It focuses on the visual arts including new, critical art. It aims to promote the status, visibility and accessibility of visual art, and to explore the relationship between art and its audience. The Foundation's activities are international and cater for everyone with an interest in art.

The Foundation will regularly produce and organise projects in contemporary art, either independently or in collaboration with partners. The nucleus of its operations will be an annual cluster of events known as the IHME Productions.

Each year, the Foundation will invite an internationally recognised visual artist or artist group to realise a temporary public work, the IHME Project, in the Helsinki Metropolitan region of Finland. One criterion for selecting the work is the way it can engage the local community.

The artist selected to carry out the Project will also publish the IHME Edition one year prior to the project. The form and medium of the Edition are to be determined by the selected artist and it will be distributed to the public free of charge.

The first IHME Edition is being created to accompany the launch of the Foundation's operations at the end of March 2008.

The “days for art”, the IHME days, aim to generate wider discussion on themes and topics surrounding the Project, and will be accompanied by lectures, publications and art education.

The first cluster of IHME Productions will take place in 2009.

THE ARTIST SELECTED TO MAKE THE FIRST IHME PROJECT
The artist selected to make Pro Arte Foundation Finland’s first IHME Project is Antony Gormley, the British sculptor (b. 1950). His work will be unveiled in spring 2009.

Over the last two decades, Antony Gormley has shown exceptional talent in working in public space. He is not only capable of working on a large scale, but also has subtlety to touch the social dimension of a place with his work. His work investigates the nature of collective space, and can catalyse it, creating communities of interest through collaboration and confrontation. Proof of this are many of his large-scale installations such as Allotment (1996, Malmö Konsthall, Sweden), Another Place (1997, Liverpool, UK), Domain Field (2003, BALTIC, Centre for Contemporary Art, Gateshead, UK) and Inside Australia (2002-2003, Lake Ballard, Australia).

In Helsinki, Gormley's challenge will be to create a temporary work in a collective space.
The first IHME Edition, devised by Antony Gormley, will be a full-page newspaper announcement made in accordance with the artist’s ideas by the Kokoro & Moi design consultancy and published in major Finnish daily newspapers.

IHME 0 – FILMS AND VIDEOS BY CONTEMPORARY ARTISTS
The Foundation will present its first production at the Bio Rex cinema in Helsinki on Saturday March 29. The IHME 0 – Films and videos by international contemporary artists programme includes a number of works not previously shown in Finland from artists such as Francis Alÿs, Jeremy Deller & Mike Figgis, Matthew Barney, Runa Islam, Christian Marclay, Deimantas Narkevicius and Anri Sala. Participating from Finland are Lauri Astala, Elina Brotherus and Hanna Brotherus with their joint work Minun onneni on pyöreä (My Happiness is Round, 2007).