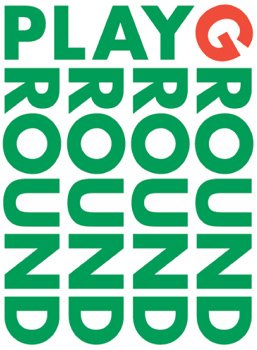 For the second edition of Playground STUK once again focuses on artists exploring the boundaries between various art disciplines. This international live art festival presents performances, installations and live actions. Many of these performances are new productions, often produced in collaboration with other institutions. The program consists of two closely linked and overlapping parts: a series of performances and an exhibition.

The Playground exhibition brings together several installations and films that investigate the notion of play, movement, performance and theatricality. The exhibition features new works and existing installations by Catherine Sullivan, Joachim Koester, Suchan Kinoshita, Aurélien Froment, Falke Pisano, Michiel Alberts and Kelly Schacht. In the project Pick-Up works of art by Martin Arnold, Omer Fast, Bertrand Georges, Felix Gonzalez-Torres, Joseph Grigely, Thomas Hirschhorn, Claude Lévêque, Dominique Petitgand and Beat Streuli are presented succesively in a darkened space. Pick-Up curator Guillaume Désanges also presents A History of Performance in 20 Minutes, a lecture in which he brings a concise history of the presentation of the human body in art, portrayed live by an actor.

Some artists participate in both parts of the festival. Falke Pisano brings as well an existing sculptural installation as a new reading/performance Figures of Speech, in which she tries to explain, investigate and make concrete the relationship between subjectivity and "speech". Michiel Alberts focusses with his performance Rolling on the relationship between the body and empty space. Kelly Schacht devel is presenting both with their existing performance Bühnenstück and a new event Postcards from the Future that includes live interventions in public space. The visual music show nononoise live by PieterJan Ginckels closes the festival.

A number of productions explore and bridge the boundaries between dance, film, theatre, music and visual arts. The new performance by Ivana Müller Playing Ensemble Again and Again is a constantly moving forward and ever changing series of group formations. Orla Barry's first theatre production The Scavenger's Daughters is an ambiguous portrait of two sisters, zooming in on the role of non-communication, distance and gender stereotypes (a performance co-produced by STUK, Tate Modern London and De Appel Amsterdam). Nottthing is Importanttt by DD Dorvillier plays with movement and posing, the visible and our imagination, combining music, dance and film. Guy de Cointet (1934-1983) created performances presenting his coloured art objects as props. STUK stages three monologues from the seventies that each focus on one particular work of art as a point of departure for a dramatic and absurd story. Saison 1 Episode 2 by Grand Magasin starts from a film by Bettina Atala and reflects on the codes and impact of televison, cinema and fiction.

Kelly Schacht 'And Then We Changed the Screenplay'
7 Nov, 7 pm till 10 pm

Playground is financially supported by Cera and the Mondriaan Foundation.