Pause :: Death's Boutique. For their first collaborative exhibition, the artists investigate death by delving into heavy subject matter with both humor and sincerity, with a new series of sculptures accompanied by photographs, video and printed matter. 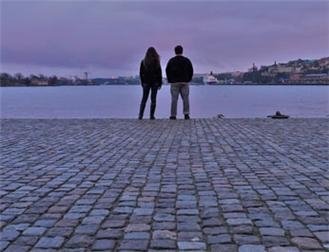 YBCA opens Death’s Boutique, the first collaborative exhibition by Los Angeles-based artists Kara Tanaka and Marco Rios. The exhibition mimics an elaborate stage set and addresses death with both humor and sincerity through a new series of sculptures accompanied by photographs, video and printed matter. Death’s Boutique explores the motivations of those who preemptively seek and plan for their own moment of expiration. Organized by adjunct curator of visual arts Julio César Morales, the exhibitions presented as part of PAUSE: Practice and Exchange turn YBCA’s Gallery 3 into a laboratory where artists are commissioned to develop, experiment and translate new and existing bodies of visual artwork.

Death’s Boutique is inspired by the artists journey to Sweden to investigate the origin of Promessa, the newest and most ecological burial technique and to Lithuania, the country with the world’s highest suicide rate. The artists will translate key moments from the research phase and issues within the journey that address spirituality and melancholia.

ABOUT MARCO RIOS
Marco Rios is an artist who works in sculpture, photography, video, and performance. He received his M.F.A. in Studio Art from the University of California, Irvine and his undergraduate degree from Otis College of Art and Design in Los Angeles. His work has recently been exhibited at Artists Space, NY; Phantom Sightings, a traveling group exhibition at LACMA (Los Angeles County Museum of Art); LACE (Los Angeles Contemporary Exhibitions), Los Angeles; Estacion, Tijuana, Mexico; and a two- person exhibit at Simon Preston Gallery, New York. Upcoming exhibitions include Mixed Signals, a traveling exhibition organized by ICI; This is Killing Me, a group exhibition at Mass Moca; and a follow-up solo show at Simon Preston Gallery, New York. In 2007, he was a recipient of the California Community Foundation Fellowship. In 2008, he was selected as one of the James Irvine Foundation Visions from the New California awardees, and was only recently awarded an ARC grant from The Durfee Foundation.

ABOUT KARA TANAKA
Kara Tanaka received her MFA from the California Institute of the Arts in 2008, BA from the University of California, Irvine in 2005, and a Postgraduate Diploma from Goldsmiths College, University of London in 2006. Recent solo exhibitions include Simon Preston Gallery, New York, Hallwalls Contemporary Arts Center, Buffalo, NY, LAX>ART, Los Angeles and upcoming at Collezione Maramotti, Reggio Emilia, Italy. Her work has been included in numerous group exhibitions both nationally and internationally including the California Biennial (CB08) at the Orange County Museum of Art in Newport Beach. Tanaka recently was awarded an ARC grant from The Durfee Foundation.

As part of Death’s Boutique, YBCA presents a series of artist presentations with Rios and Tanaka and special guest where the audiences can get more insight on the collaborative project. All public programs are free with gallery admission:
Saturday, March 20, 2-4 pm
Thursday, March 25, 6-8 pm
Saturday, March 27, 2-4 pm

PAUSE: Practice and Exchange activates YBCA’s Gallery 3 by creating an exciting new series of process-based exhibitions with artists in residence from the Bay Area and around the world. These works include lectures, performances, and workshops that transform the exhibition space into a fluid and active experience for audiences. Key components are cross-generational projects and multi- disciplinary collaborative artworks with a focus on influence, process and mentorship from both international and local artists. Artists are in residence for two weeks after the opening of their exhibition for talks and events.

Programming during the YBCA 09_10 season focuses on Imaginative Investigations of Promise and Possibility. Within this framework, YBCA explores new and renewed visions of our changing world through the lens of three Big Ideas. YBCA features artists and projects connected to Big Ideas— major themes that artists are exploring right now—as a way to help audiences better understand the work, recognize some connections and/or contradictions between artists and help understand how art relates to the world around us. The three Big Ideas during the 09_10 season are Heroes and Heroics, Bridging the Gap and Under the Influence. Death’s Boutique is part of a series of artists presented by YBCA, under the Big Idea Heroes and Heroics which features works of art that explore the heroic individual, the heroic idea, and the search for someone or something that can bring order to the world around us and create the peace (and peace of mind) that we so desire.