From Gaudi' to Picasso 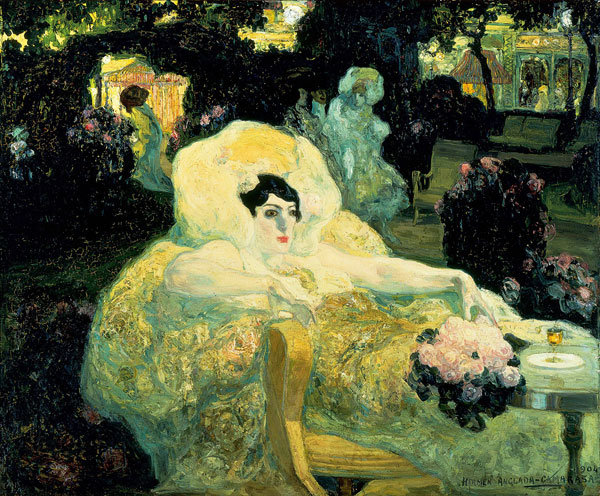 Catalan Modernisme is one of the most interesting movements in the broad process of modernisation that profoundly transformed the European art scene as a result of economic and social changes at the turn of the century. Encouraged by an eager receptiveness to foreign cultural trends, the desire for modernity left a decisive mark on all forms of expression in Catalan art, from music to painting and from the graphic arts and theatre to poetry and architecture.

The manifold nature of Modernisme complicates the consolidation of a stylistic unity to facilitate a historical reading. The present exhibition keeps to the essential focuses of this intense and agitated process, concentrating its view on painting and paying particular attention to the early work of Picasso and Julio González, artists whose formative years coincided with Modernisme and who came to occupy distinguished places in the history of twentieth-century painting and sculpture. Special prominence is given to the work of Gaudí, a key figure for understanding how Modernisme evolved.

The fundamental influence of Paris on the movement’s origins is summed up in the works that Casas and Rusiñol painted in that city in the early nineties and that are shown in the first rooms. They have a Late Naturalist form of expression, pointing towards a transformation of painting in terms of themes – taking in playful aspects of pre-eminently urban "modern life" – and style – working au plein air, using free brushstrokes and compositions influenced by photography. This section concludes with a selection of portraits by Casas of artists of his own generation and the following one, who used to meet in the emblematic avant-garde tavern Els Quatre Gats in Barcelona during those years.

With the second generation, the exhibition looks at the influence of the spiritualist tendency in the development of Modernisme. Partly associated with the activity of the Cercle Artístic de Sant Lluc, to which Gaudí belonged, this tendency rejected the materialist progressiveness and positivism that inspired the beginnings of the Belle Époque and it used features of the Symbolism that spread from northern Europe to shape Modernisme’s most distinctive image.

The spiritualist influence brought about a radicalisation of the attitude of Gaudí, whose training had been marked by the historicism of the Gothic revival. His work offers a reflection on the basic elements of traditional construction and synthesises a language of the utmost originality.

Mir and Anglada made contributions of great pictorial interest and great originality to the panorama of Symbolist influence. Their work shows influences or concomitances connected with the modernism of other European centres, such as Brussels, Munich and Vienna.

Enthusiasm for Modernisme dissipated rapidly in Barcelona during the first decade of the twentieth century. This decline accompanied the development of the artists of the second Modernista generation and marked their possible future contributions to avant-garde movements in the twentieth century. The great emerging figure in those years was undoubtedly Picasso. Other young artists, such as Hugué, Canals, Sunyer and the González brothers, congregated around him, all living in Paris and known in the art circles of the French capital as la bande catalane.

The last great Modernista painter was Nonell, who belonged to the same generation as Picasso and Julio González. His work represents the clearest manifestation of miserabilism, with a succinct language that developed alongside the beginnings of Expressionism in Europe. The use of miserabilist themes spread to other artists and was of fundamental importance for the Blue Period which helped to secure Picasso’s place in the avant-garde.