with Stefan Stux Gallery and Salon 94 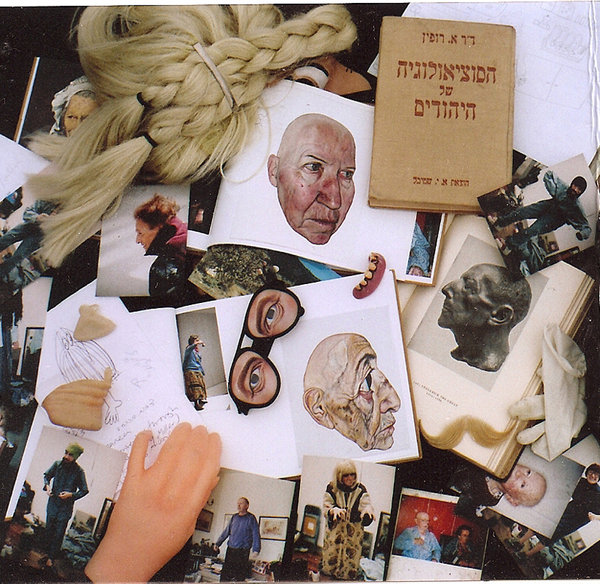 Zach Feuer Gallery, in conjunction with Stefan Stux Gallery and Salon 94, is pleased to present Disembodied Archetypes, a two-person exhibition of new performances and videos by Tamy Ben-Tor and new paintings and photographs taken by Miki Carmi. All of the works in this exhibition are bound by a series of photographs and texts that embody the dialectic of the archetypical and the concrete.

The artists state: "Disembodied archetypes deals with the performance of the poet as a monotonous daily routine of useless acts for the purpose of creating a kind of 'primitive theater,' or a 'one man theater,' that endlessly strives to deny death by the intensity of action.

Neither the grotesque proportions of these heads nor the idiotic manner of these performances imitate life. Rather they aim to imitate the dynamic of thought. The mind's conception of reality, like a warped mirror in a circus booth, could reflect, as in these works, an irrational, absurd reality and yet a true one in that it is how the mind perceives.

It is through irrationality that the senses grasp truth and it is the role of the artist to make a true image - one which is not literal or descriptive but real. Perhaps the image of the mask best describes the theatre and the painting in that through it the unreal becomes fact and the banal divine.

The performance of the poet is a daily act of repetitious rituals that embodies, in his work, the intensified condition of being.

In the theatre of death, the disembodied is the subject stripped from its context and thrown into an empty arena (in which the canvas or the stage function as a magnifying glass) so that he may be examined, objectified, made protagonist or condemned.

The paintings are death masks that have been intensified by painterly events and transformed into a grotesque 'one man theatre without an audience' which is re-enforced by the performance as a collage of impressions, quotations and imitations of idiotic moments. Both are immersed in the real through the disciplined act of quotation and gives rise to the unleashed psychic ready-mades.

As if under a warped magnifying glass
We wish to intensify and mystify these fragments of reality.

The image is a poem and the poem is a frozen moment in time."

Zach Feuer Gallery and Stefan Stux Gallery will host a reception for the artists on Thursday, March 25th from 6 to 8 PM.