The exhibition focuses on works on paper, some purely drawn but most combining aspects of drawing, painting, collage, and printmaking. Wolfe's art represents objects of cultural mass dissemination - books and records. Rather than the ordinary depiction of books on canvas or another two-dimensional framing device, his painted objects employ the tradition of trompe l'oeil, the trick of the eye. In the 36 works on view, tattered books and worn album covers are meticulously recreated to convey the mark of time and handling. 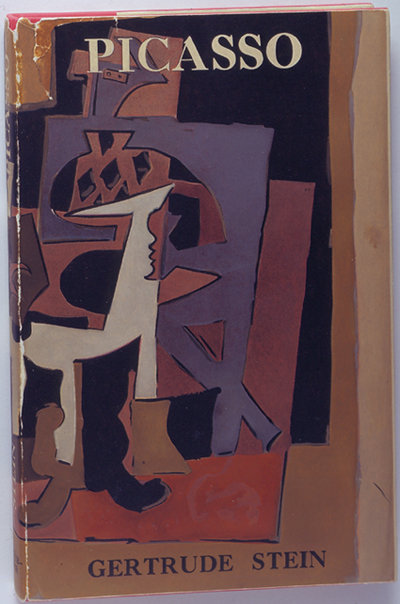 For the last twenty years Steve Wolfe has created objects and drawings of astounding craft and visual presence that explore the intersections between material culture, intellectual history, and personal and collective memory. Steve Wolfe on Paper, a collaboration between the Whitney Museum of American Art and the Menil Collection, focuses on works on paper, some purely drawn but most combining aspects of drawing, painting, collage, and printmaking. The exhibition is co-organized by Franklin Sirmans, the Menil's former curator of modern and contemporary art (now head of contemporary art at the Los Angeles County Museum of Art) and Carter E. Foster, the Whitney's curator of drawings.

The title, Steve Wolfe on Paper, selected by Wolfe himself, refers to the artist's technique and subject (Wolfe's work often depicts paper in the form of books) and to his commitment to the material and the handmade (particularly potent today, given the endangered state of the printed word).

Wolfe's art represents objects of cultural mass dissemination — books and records. Rather than the ordinary depiction of books on canvas or another two-dimensional framing device, Wolfe's painted objects employ the tradition of trompe l'oeil, the trick of the eye. "The difference here between re-presentation and representation is that trompe l'oeil seeks to depict the subject as it really looks in two or three dimensions," said Franklin Sirmans. "This is seen not only as a demonstration of craft and skill but, more importantly, as a tribute to the object and its multivalent meanings."

In the 36 works on view, tattered books and worn album covers are meticulously recreated to convey the mark of time and handling. They often fool the eye upon first inspection. The creases, tears and basic wear point to human contact and become metaphors of enlightenment and culture. What appear to be tattered books, worn covers, and old vinyl records (viewers recognize and delight in Wolfe's "subjects" such as Candide, The Lovin' Spoonful's "Do You Believe in Magic, Gore Vidal's The City and the Pillar, Joni Mitchell's "Help Me" and Waiting for Godot) are in fact objects made from modeling paste, screen printing, graphite, and various other techniques, meticulously produced to convey the mark of time and handling. The artist's transformation of common objects requires the viewer to re-think what they mean as such, placing emphasis on craft and the handmade to transform the common into the uncanny and the sublime.

Indebted to Pop Art, Wolfe's optical strategy manifests an updated approach to craft. But while the patina of time is crucial to Wolfe's art, perhaps what is most interesting about the collection is its sense of autobiography. Book covers have been the primary subject of Wolfe's art and his renderings of particular covers relating to moments in his life may be seen as self-portraits of the artist and of his generation. Born in Pisa, Italy, in 1955, Wolfe lives and works in San Francisco, California. A graduate of Virginia Commonwealth University, he was a recipient of the American Academy of Arts and Letters Award.

Catalogue
The exhibition is accompanied by a 96-page catalogue containing 30 full-color plates, in-depth essays by co-curators Franklin Sirmans and Carter E. Foster, a selected exhibition history and bibliography, and index. Published by the Whitney in collaboration with the Menil, this is the first museum publication on Wolfe and his significant place in post-war American art. Support for this catalogue was provided by The Andy Warhol Foundation for the Visual Arts, Roland Augustine and Lawrence Luhring, and Gail and Tony Ganz.

This exhibition is generously supported by Laura and John Arnold, The Andy Warhol Foundation for the Visual Arts, Lois and George Stark, Scott and Judy Nyquist, Michael Zilkha and the City of Houston.