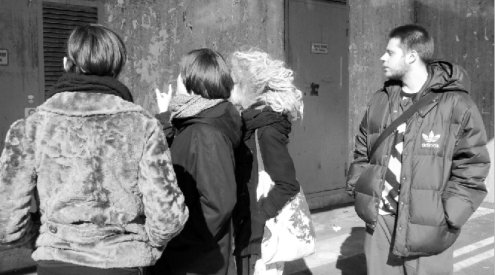 The Billboard is a wall space adjacent to the main entrance to the art centre. A public space where young creatives from 11 of Sweden's leading art and design schools have been invited to submit their ideas. All submitted works needed to have a direct relationship with Tensta and the final selection was made by Maria Gromova, Egil Donner and Tensta Konsthall. The works include a social mapping of the local area, arranged photographs that create a fiction of the home and local Tensta resident Joakim Ojanen's dramatic illustrations. The first work that will be installed for the grand opening of The Billboard is 'Landscape' by Joakim Ojanen. The other two winning projects that will be shown in 2010 are by Rebecka Bebben and Vanja Lindberg.