The show marks the first time these four artists: Adrian Gollner, Andrew Morrow, Andrew Wright, Jinny Yu - have exhibited their work together. Individually, each artist presents new work that introduces his or her professional practice, and which forms a foundation for a scheduled solo exhibition at the gallery in 2011. 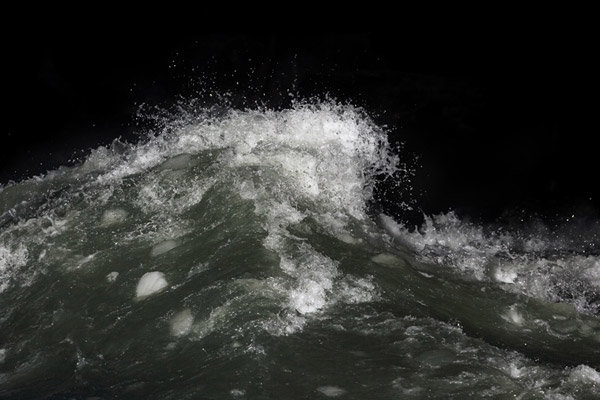 PATRICK MIKHAIL GALLERY is pleased to present PRIMER, an exhibition featuring four new gallery artists working in a range of mediums. The exhibition marks the first time these four artists—ADRIAN GÖLLNER, ANDREW MORROW, ANDREW WRIGHT, and JINNY YU—have exhibited their work together. Individually, each artist presents new work that introduces his or her professional practice, and which forms a foundation for a scheduled solo exhibition at the gallery in 2011.

ADRIAN GÖLLNER is a contemporary conceptual artist working in Ottawa who holds an abiding interest in abstraction and the history of the last century. Of specific interest to Mr. Göllner are those points where trends in Modern design and art cross: the Bauhaus, the Soviet Avant-garde, and American industrial design of the 1930s. Sometimes described as a site-specific satirist, he employs a variety of mediums and techniques in a chameleon-like adaptation to the environments in which he exhibits, Freely combining Cold War imagery, graphing techniques, and references to Modernism, and employing industrial production techniques, Mr. Göllner produces images and objects that are mildly subversive and that defy easy interpretation.

Over the last decade, Mr. Göllner has received more than 15 public art commissions in a number of cities including Vancouver, Ottawa, Toronto, and Berlin. Notable among these are an integrated sculpture for the Canadian Embassy in Berlin, and the project entitled Boulevard, in which he designed and created artistic street lighting for the City of Vancouver’s presentation of the Vancouver 2010 Winter Olympics.

Mr. Göllner’s work has been shown in solo and group exhibitions throughout Canada, the United States, Europe, and New Zealand. He is the recipient of numerous grants from the Canada Council for the Arts, Ontario Arts Council, and the City of Ottawa. His work can be found in a number of collections, including the Anglo-Irish Bank, the Department of Foreign Affairs, the Canadian War Museum, Ottawa Art Gallery, City of Ottawa art collection, Carleton University Art Gallery, National Gallery of Canada Library, Art Gallery of Ontario Library, and Agnes Etherington Art Centre. Reviews and critical discourses of his work have appeared in Canadian Art, Border Crossings, C Magazine, Parachute, Saturday Night, and the Sunday Times. In 2007, he was awarded the prestigious Canada Council for the Arts Residency in Port of Spain, Trinidad. Mr. Göllner received a B.F.A. from Queen's University in 1987 and is a member of the Royal Canadian Academy.

ANDREW MORROW is an Ottawa-area painter who has recently been short-listed for the prestigious RBC Emerging Artist Award presented through the Council for the Arts in Ottawa. Mr. Morrow’s professional practice emphasizes the painted medium with his apocalyptic works negotiating the fragmentation of contemporary experience, masculinity, and sexuality. Recently, he expanded his practice into painting-driven, in-situ installation where painting and the conditions of its presentation become inseparable. His upcoming solo exhibition at the Art Gallery of Mississauga entitled Something Went Wrong in the Bedroom will be on view from May 6 to June 20, 2010.

Mr. Morrow recently completed a Masters of Fine Arts degree at the University of Ottawa. In addition to a Bachelor of Fine Arts from Queen’s University, he holds degrees from the Ontario College of Art and Design, and the Toronto School of Art. His work has been featured in the Globe and Mail, Canadian Art magazine, and Vie des Arts magazine. In 2004, he was a finalist in the RBC Canadian Painting Competition and is the recipient of the University of Ottawa’s 2009 Michel Goulet Award for Excellence in a Master of Fine Arts Thesis.

ANDREW WRIGHT is an Assistant Professor in the Department of Visual Arts at the University of Ottawa. His work involves multi-tiered inquiries into the nature of perception, photographic structures, and technologies, and the ways we relate to an essentially mediated and primarily visual world. He has produced sculpture, film, installation, outdoor works, and prints that probe phenomena, narrative, as well as antique and contemporary technologies. He has exhibited both nationally and internationally, including exhibitions at the University of California, Berkeley, Oakville Galleries, Photo Miami, Roam Contemporary (New York), ARCO '05 (Madrid), Presentation House, Vancouver, and the Art Gallery of Calgary. He is the founding Artistic Director for Contemporary Art Forum Kitchener and Area (CAFKA).

Mr. Wright is the recipient of numerous awards, and is a past winner of the Ernst & Young Great Canadian Printmaking Competition. His work can be found in numerous collections including those of the Royal Bank of Canada, Canada Council Art Bank, Ernst & Young, and the City of Kitchener. His work has been critically reviewed in Canadian Art, Border Crossings, and the Globe and Mail. In 2007, he was named a semi-finalist for the Sobey Art Award; he was previously nominated for the award in 2003, 2005. 2008, and 2009. He holds a Master of Fine Arts, from the University of Windsor, a Degree in Art History from the University of Toronto, and a Diploma in Studio Art from Sheridan College.

JINNY YU is a painter and Associate Professor in the Department of Visual Arts at the University of Ottawa. A native of Seoul, South Korea, Ms. Yu moved to Montreal in 1988. Having migrated more than once, she is constantly dealing with a feeling of detachment, non-belonging, and “afloat-ment.” The distances she has travelled as a global nomad have allowed her to observe and concurrently detect and understand situations with an outsider’s perspective. Another consequence of her nomadic life is the constant dwelling in the in- between space that is neither here nor there, neither this nor that. This fascinating “liminal” space, though not always comfortable, is where she explores her work.

In her previous works, Ms. Yu has dealt with themes stemming from architecture and examined them from a socio-economic perspective. Maintaining her focus on architecture, the series of paintings called “Story of a Global Nomad” (2007- 2008) explored the limits of abstract painting and investigated the dividing line between abstraction and pattern, and questioned the ideas of painting and decoration (in the sense of non autonomous). This led to works attributing a function to paintings, dismantling the autonomous nature of abstract works. Her next step, in the same direction, was to create site-specific works, relating painting to the space that it inhabits.

While continuing to investigate the conceptual, social, historical, and formal relationship of space and painting, Ms. Yu’s current practice explores the physicality of painting. Her works seek to exist somewhere between materiality and illusion. Rather than perceiving them as dichotomic or binary, she seeks an oscillation between the two. This liminal space that she explores can be metaphorically seen as where she roams as a global nomad.

Since 1996, Ms. Yu’s works have been shown in numerous exhibitions across Canada, the United States, Japan, Italy, and the United Kingdom. She is currently working on an ongoing commission of an interior painting of Chapel Sant’Isidoro in Nate, Trichiana, in the province of Belluno, Italy. Other recent projects include: The Taewha Eco Art Festival in Ulsan, South Korea (2009); Construction Work at Carleton University Art Gallery (2008) in Ottawa; Ceiling Painting (A tigress’ wedding day) at Galerie AXENÉO7 (2008) in Gatineau; and the Conduit Street Gallery, Sotheby’s (2007) in London, U.K. She has also participated in numerous artist residencies including: the Red Gate Gallery in Beijing, China in 2005; Stiftung Starke in Berlin in 2004; and the Banff Centre for the Arts in 1999. She was recently invited to participate in the Pan! Peinture painting and drawing symposium in Quebec City, and in Fall 2010 she will present a solo exhibition of new works at Montreal’s Art Mur Gallery. In 2011, she begins work on an in-situ painting project at the Confederation Centre for the Arts Gallery in Charlottetown, P.E.I.

In addition to her academic position in the Visual Arts Department at the University of Ottawa, Ms. Yu has taught in Toronto, Montreal, New Brunswick, Paris, and lately worked at the Center for Studies on Technologies in Distributed Intelligence Systems at Venice International University in Venice, Italy. She has also lectured widely at various institutions in Canada and abroad including Sangmyung University in Seoul, Korea, NSCAD University in Halifax, Concordia University, and Cégep Rosemont in Montreal.