Museo Tamayo opens its doors with a renewed program and identity and presents 4 new exhibition. Activating the Collection is a series of exhibitions that reflects on and reactivates the art collection of Museo. The first exhibition in this series is Into the Belly of a Dove including seminal artworks by Lynn Russell Chadwick, Christo, Giorgio de Chirico, Jean Dubuffet, Joan Miro', among others. Minor Histories, Larger Worlds presents the most representative work of international contemporary art. The first are the solo exhibition Joachim Koester: From the Secret Garden of Sleep, and the project Adria' Julia': Directions to Another Place, both curated by Magali' Arriola. Claire Fontaine: Future Tense inaugurates the exhibition series of Special Projects. 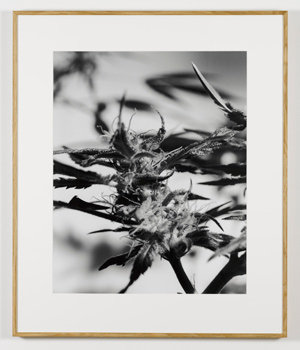 Museo Tamayo will open its doors on April 17, 2010 with a renewed program and identity. This new institutional phase for Museo Tamayo is characterized for incentivizing curatorial research and the creation of artistic projects, experimenting with different kinds of exhibition formats, and increasing partnerships, collaborations and institutional exchange programs.

The new curatorial framework is composed of several series of exhibitions that will be developed over three years, and which respond both to Museo Tamayo's mission, as well as the particular vision for this new period. The program of exhibitions inaugurating in April 2010 includes the exhibition series Activating the Collection, Minor Histories, Larger Worlds and Special Projects.

Activating the Collection is a series of exhibitions that reflects on and reactivates the art collection of Museo Tamayo. Its axis is thematic and interpretative, inclusive of straight or performative, discursive or visual, artistic or heavily-designed approaches to curating and exhibition making. The first exhibition in this series is Into the Belly of a Dove, guest curated by Raimundas Malašaukas, in collaboration with artists Gintaras Didžiapetris and Rosalind Nashashibi; it's organized at Museo Tamayo by associate curator Daniela Pérez. Into the Belly of a Dove is based on the premise that everything is possible and nothing is real. It includes seminal artworks by Lynn Russell Chadwick, Helen Frankenthaler, Christo, Giorgio de Chirico, Jean Dubuffet, Joan Miró, Giuseppe Rivadossi, among others.

Minor Histories, Larger Worlds will present the most representative work of international contemporary art. From 2010 to 2012, there will be two or more exhibitions a year within this series that will creatively explore the relations between history and the contemporary. The first are the solo exhibition Joachim Koester: From the Secret Garden of Sleep, and the project Adriá Julià: Directions to Another Place, both curated by Magalí Arriola.

These and future exhibitions in Minor Histories, Larger Worlds uniquely address the various modes of dispersion and sometimes dissolution of determined utopias that purported to open a space for resistance faced with technological development and the rationalization of the progress of history. As part of this same series, two exhibition readers will be published a year; the first is co-edited by Arriola and associate curator Magnolia de la Garza. These readers are anthologies with existing essays and commissioned texts influential to the curatorial research and instrumental to a deeper understanding of the artworks, exhibitions and concepts presented in Minor Histories, Larger Worlds.

Claire Fontaine: Future Tense inaugurates the exhibition series of Special Projects. Their exhibition is presented in Museo Tamayo's sculpture indoor patio, reactivating a gallery that, for most part during the last decade, had been mainly used as a lounge.

With an interest to present contemporary art in formats other than exhibitions, Museo Tamayo begins the artists' band concert series Volume, and the public program Dialogues. The inaugural performance of Volume, on April 17, is commissioned to the Los Angeles-based duo of Los Super Elegantes, who performs Hell, again, involving Mexican artist José Rojas as its artistic director. On August 28, the Brooklyn group MEN, present I am a fe-MEN-ist.

The program Dialogues brings together renowned artists and cultural practitioners whose projects and ideas that are helping define here new social imaginaries. Some of these programs will be performances of impossible dialogues. The first program, on July 27, is one of these latter programs, and consists of a 'dialogue' between the Mexican independent curator María Guerra, who passed away in 1999, and Dominique Liquois, the French curator who worked closely with her. Other participants include, among others, architect Alberto Kalach and a 'dialogue' between Rufino Tamayo and Diego Rivera.

To mark this new stage at Museo Tamayo, the New York design studio Project Projects has been commissioned to carry out the Museum's new graphic identity. They have also designed Museo Tamayo's new magazine Rufino, which publishes texts on its exhibitions, collection and events. The young, Mexican editorial group Salon has created a web-based version of this publication with additional content, including new videos documenting artist's studio visits, interviews with arts professionals in Mexico City and more: http://www.rufino.mx.

Founded in 1981 at the initiative of visual artist Rufino Tamayo, Museo Tamayo in Mexico City organizes groundbreaking exhibitions of international contemporary art and showcases its collection, which was put together by its founders and which includes works from the second half of the twentieth century. Since 1986, Museo Tamayo forms part of a national network of state-funded museums run by Instituto Nacional de Bellas Artes (INBA), and receives additional support from Fundación Olga y Rufino Tamayo, A.C. (FORT).

In 2010, under the direction of Sofía Hernández Chong Cuy and a reformed team, Museo Tamayo initiates a highly collaborative and dynamic curatorial, editorial, educational and event-based program. In conjunction to these changes, this year, the museum will undergo an expansion and renovation designed by Mexican architect Teodoro Gonzalez de León, and made possible through a partnership of Conaculta, INBA and FORT.