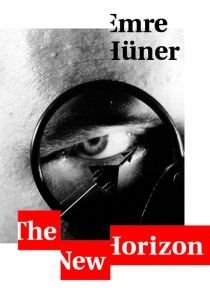 Following his breakthrough at the Manifesta 7 (2008), Emre Hüner presents 'The New Horizon' at Stroom Den Haag, his first solo exhibition in a European institute. In his work Hüner deals with shattered dreams of modernity – of social utopia, historical progress and material plenty for all – in the form of a re-assembled universe. ‘The New Horizon’ is shaped after American designer Norman Bel Geddes’ imaginative futuristic visions of social utopia in the 1930s and Paul Virilio’s hypermodern readings on the transformed world perception caused by changing human modes of locomotion and warfare. It brings together very recent work, including the film ‘Juggernaut' (2009), in an exclusive environment prepared by Diplomacy in Reflex (Can Altay, Asli Kalinoglu, Nilufer Kocabas) in response to his work, both hosting the pieces and forming an additional layer.

Emre Hüner's 'Panoptikon', a speculating narrative arresting the flow of time, became one of the highlights of both the 10th Istanbul Biennial (2007) and Manifesta 7 in Bolzano (2008). Hüner works intensively with an archive of found photographs, books, films and images from the internet, which is put together using keywords such as modernism, naturalism, colonialism or technological progress. From his archives he develops complex, sensitive and skillful work. That may be drawings, films, animations and objects that provide the viewer with a key to a rich, reconstructed world of art historical, cinematic, literary and philosophical references.