Tue-Sat 11am-6pm and by appointment

The artist explore the idea of a shadow, applying this paradigm to everything from cultural, national, or personal awareness, or even the changing seasons, by employing visual metaphors of everything from rocks, forests, sumo wrestlers, newspaper headlines and nude figures, rearranges the images we see to say something about reality. But she also rearranges normal conceptual boundaries, and the complex visual collages we see are reflections of this. 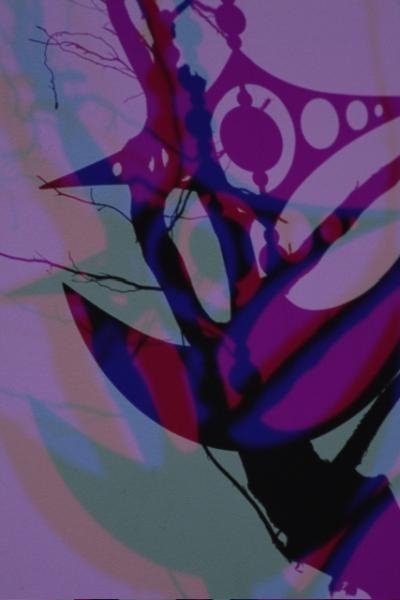 Kirstine Roepstorff's works have a way of speaking in big terms, which despite their metaphysicality are vibrantly catalogued and defined in the artist's practice. She can explore the idea of, say, a shadow, applying this – for lack of a better word - paradigm to everything from cultural, national, or personal awareness, honesty, or even the changing seasons, by employing visual metaphors of everything from rocks, forests, sumo wrestlers, storks, newspaper headlines and nude figures.

Roepstorff is an appropriation artist, and she rearranges the images we see to say something about reality. But she also rearranges normal conceptual boundaries, and the complex visual collages we see are reflections of this. She talks about her work in terms of energies, honesty, personal shadows, awareness, weight, balance, gardening, or any number of people and animals who have become modern-day archetypes in her complexly coded visual world – a juggler, Balance, a wolf, the Eel of Unfortune, Moment Man, or The In-Between. Things that are normally incomparable, like advertisements for eyewear and images of lynch mobs, are oddly brought into interrelational comparisons that defy logic – akin to asking which is more, 2+2 or wilderness?

This new series of large-scale sculptures and collages represent a selection of works from the artist's most recent museum exhibition at the Galerie im Taxispalais, Innsbruck, and Stadtgalerie Schwaz - both in Tyrol, Austria. The exhibition was accompanied by a catalogue. The special exhibition concept was prompted by the artist's first visit to Tyrol and the Haus der Völker in Schwaz, an ethnological museum based on the private collection of Dr. Gert Chesi. By integrating numerous African artworks from the collection into her exhibition, Roepstorff brought ritual objects into dialogue with her own works, causing these objects to be viewed aesthetically, and her own works to be viewed anthropologically.

At the same time, the strong presence of light and shadow is not insignificant. The sculptural works are in large part translucent, and it is only through illumination that many of the layers of images between two translucent pieces of fabric become visible. A shadow is an interesting phenomenon – both present and absent at the same time. For her exhibition at Peres Projects, Roepstorff has not included the African sculptures, and yet their absence is present. Most importantly, with this body of work she has expanded her large range of consumer-grade materials (paper, fabric, glass, jewelry, tinsel, beads, roots, concrete, etc.) to include light and shadow. Now, for the first showing of the works in Berlin, in a gallery, where the atmosphere has been distilled and the power of the works concentrated, this is a show that synthesizes its own thesis. It is the show that lost its shadow.