5th Quebec City Biennial. This project will bring together new and recent art work from artists working around the world in order to discern and present strategies of resistance to the wreckage of catastrophe's slow, incessant, non-spectacular work. In order to do so, it will deploy a number of complementary platforms over an extended period of time-working groups, conferences, publications, exhibitions, screenings, performances, and a seminar. The Manifestation internationale d'art features works by 36 artists and collectives from 13 countries connecting a number of temporary public sites and main cultural institutions. 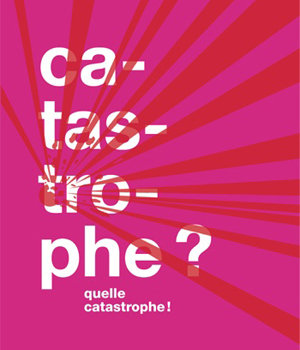 Manif d'art 5, the Québec City Biennial's fifth edition, casts the historical city as a protagonist in the exploration of catastrophe's role in contemporary life.

We all live in a catastrophic world!

While catastrophe dominates the contemporary imaginary and mainstream media, its real work remains elusive. Its hypervisibility safeguards its foundational, requisite invisibility. Which is to say that the omnipresence of the catastrophic event acts as a smokescreen, ensuring the very invisibility of catastrophe’s real work. Politically, the catastrophic event is used to legitimize the enactment of states of exception. But in recent years, catastrophe has also been put to preemptive use. We no longer need a catastrophe to be subjected to the logic of catastrophe. As such, its temporality has shifted, its operational terrain expanded to the entirety of time and space. So much so that catastrophe has become the condition of contemporary life. If, in the midst of WWII, Walter Benjamin could define history as "one single catastrophe which keeps piling wreckage," Slavoj Zizek has recently demonstrated that catastrophe has expanded to the future, "the true catastrophe already is this life under the shadow of the permanent threat of catastrophe." Daily life is now the playground of low-level, yet dreary, incessant, inescapable, catastrophe. It is also the theater of exception where democracy and equality are reduced to mere form.

Once the climax of Greek plays and poems, catastrophe is now the wallpaper of our daily lives, the score of our everyday drama. But the concept of catastrophe operates in an expanded sphere, which includes mathematics and biology, in addition to literature and theory.

This project will bring together new and recent art work from artists working around the world in order to discern and present strategies of resistance to the wreckage of catastrophe’s slow, incessant, non-spectacular work. In order to do so, it will deploy a number of complementary platforms over an extended period of time–working groups, conferences, publications, exhibitions, screenings, performances, as well as an online seminar.

The project will delve into a number of questions, which will concomitantly refine the notion of catastrophe and pressure visual arts’ foundational concepts:

Sylvie Fortin is an independent curator, art historian, critic and editor. She became Editor-in-Chief of ART PAPERS in October 2004, spearheading the magazine’s redefinition and redesign, which positioned it as a leading international contemporary art magazine. Fortin was Curator of Contemporary Art at the Ottawa Art Gallery (Ottawa, 1996-2001), Program Coordinator at la chambre blanche (Québec City, 1991-1994), and a collaborator with OBORO (Montreal, 1994-2001). Her critical essays have appeared in a variety of Canadian, American and European publications including Art Press, C Magazine, Espace, Fuse, NKA: Journal of Contemporary African Art, and Parachute. She lives in Atlanta.

Informations on the program
http://manifdart.org/en/category/manif-dart5/programmation

Progressive Vernissage on Saturday May 1, 2010
departure on 11a.m. in the Centre d’artistes Regart 48, to the Passage, Lévis (Quebec)