The third Edition of United States' First International-Level Photography Festival returns to the Brooklyn waterfront community of DUMBO for the third straight year, and it also expands its programming and pre-festival activities, for the first time, into other parts of the city. NYPH'10 will also see new initiatives in programming, including later and extended exhibition hours; reduced fare and open attendance hours for the public; special New York Photo Awards featured presentations; and expanded site programming. 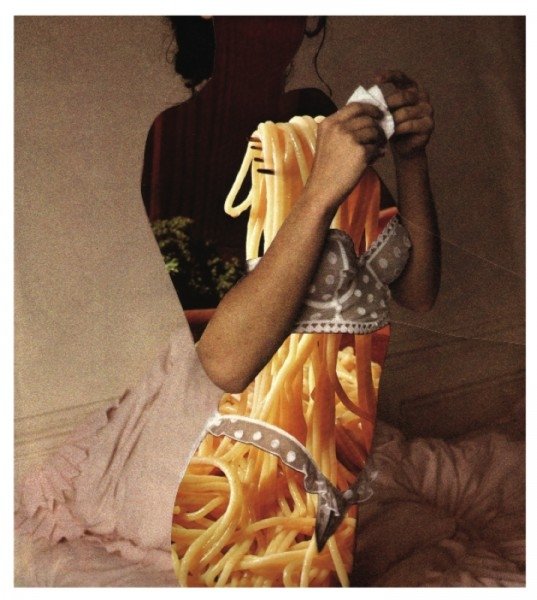 The organizers of the New York Photo Festival are pleased to make the first major announcement of their 2010 festival’s content: details of the main exhibitions, which will be on view May 13—16 in event’s main pavilions in DUMBO, Brooklyn:

The history of photography is that of the still life, a staple of artwork throughout the modern era that has been reinvented with the introduction of photography. From the beginning, virtually every important photographer has contributed to the genre, and their names evoke an immense range of images and approaches: Henry Fox-Talbot, Paul Strand, Edward Steichen, Josef Sudek, László Moholy-Nagy, Albert Renger-Patzsch, Edward Weston, Tina Modotti, Man Ray, Walker Evans, Robert Mapplethorpe and Wolgfang Tillmans, among others. With this long tradition in mind, Vince Aletti has taken the occasion of the New York Photo Festival to reexamine the still life today. Object Lesson, according to Aletti, “pays homage to one of its masters, Irving Penn, whose work sets a standard few can match.”

Vince Aletti reviews photography exhibitions for The New Yorker’s Goings On About Town section and writes a regular column about photo books for Photograph. He is the winner of the 2005 Infinity Award in writing from the International Center of Photography, where he where he was an adjunct curator in 2009. Aletti co-curated “Weird Beauty: Fashion Photography Now” with Carol Squiers and is the curator of “This Is Not a Fashion Photograph.” He and Squiers worked together on “Avedon Fashion 1944-2000,” as well as on the catalog published by Abrams. Male, a book of photographs and other artwork from Aletti’s personal collection, was published by PPP Editions at the end of 2008. The Disco Files 1973-78: New York’s Underground, Week by Week, a compilation of record reviews and club scene roundups by Aletti, was released by DJHistory.com in 2009.

Use Me, Abuse Me
Curated by Erik Kessels

Use Me, Abuse Me begins with Kessels’ a posteriori observation that easy access to photography tools and software results in quicker, more facile modes of image production, consumption and disposal. Perhaps a condition of this state, a plethora of photographers and image-makers are experimenting with pre-existing images and using them within their own work on an unprecedented scale. Photographs are variously collected, reinterpreted, cut, copied, pasted and generally abused.

Erik Kessels’ show is about how images and image-making technology influence artists and photographers. Use Me, Abuse Me explores several questions, including: Where will image-making take us? Will all existing photography be endlessly recycled? Will we soon see more photographers taking fewer photographs? How far can we stretch the medium of photography?

Erik Kessels is co-founder and creative director of the communications agency KesselsKramer in Amsterdam. He has curated many photography exhibitions, including “Dutch Delight” at FOAM Amsterdam, “Loving Your Pictures” at Les Rencontres d’Arles and “Confrontation Histoire(s) Parallèlle(s)” at Institut Néerlandais, Paris. Mr. Kessels has made commercial work for national and international clients such as Nike, Diesel, J&B Whisky, Oxfam International, Ben Mobile, and the Hans Brinker Budget Hotel, and has won an Effie and the Cannes Press Lion (silver) for Ad Agency of the Year and Ad Director of the Year.

Ritchin’s pavilion considers the ways bodies are newly placed into question as humans become virtual and are under constantly increasing surveillance. The show looks at a crucial crossroads in human consciousness and survival, a moment when new forms of media are powerfully emerging as much of the planet struggles to advance. The artists and image-makers comprising Bodies in Question—residing in Canada, China, Denmark, England, France, Korea and the United States—comment on these transformations in media and society, and on the identities and struggles of people who may be left behind.

A major element of Bodies in Question is the first U.S. exhibition of Marc Garanger’s controversial 1960 portraits of Algerian women, taken under French Army orders for French identity cards given to Algerians during their mid- 20th Century War of Independence Femme algérienne portraits, which he took as a French combat photographer forced to photograph Algerian women in 1960 without their veils to create identity cards for the army. Garanger forced the women to show their faces in public, often for the first time, turning an act of cultural imperialism into a raw depiction of beauty and sublime dignity. Garanger returned to Algeria four decades later to foster a discussion within the same communities around these photographs.

Fred Ritchin is professor of Photography & Imaging at New York University’s Tisch School of the Arts. He is the author of After Photography (W. W. Norton, 2009) and In Our Own Image: The Coming Revolution in Photography (Aperture, 1990), and has co-authored books such as An Uncertain Grace: The Photographs of Sebastião Salgado (Aperture, 1990), In Our Time: The World As Seen by Magnum Photographers (W. W. Norton, 1989), and Mexico Through Foreign Eyes: Photographs, 1850–1990 (W. W. Norton, 1993). Ritchin is also director of PixelPress, an organization that has created websites, books, and exhibitions that promote human rights and documentary experimentation. He is the former picture editor of The New York Times Magazine and Horizon magazine, former executive editor of Camera Arts magazine, and the founding director of the Photojournalism and Documentary Photography fulltime educational program at the International Center of Photography. Ritchin was nominated for the Pulitzer Prize in public service by The New York Times for the 1996 website, “Bosnia: Uncertain Paths to Peace,” which he co-created with photographer Gilles Peress. He also created the first multimedia version of the daily New York Times in 1994. Currently, he is working on a new book, Outside the Frame, concerning contemporary imagery and social change.

Hidden Books, Hidden Stories is an exceptionally personal exploration of myriad imaginative and compelling visual narratives. Some are in books, some presented in larger-than-life scales of projection and display that impress and delight. Part one is a grand audiovisual presentation premiering Thursday evening, May 13, during the festival’s debut Night of Photography. Image selections by Lou Reed will be projected in an outdoor setting directly beneath the Brooklyn Bridge. After the show’s premiere, the projection will be screened during regular intervals during the festival on the presentation stage at St. Ann’s Warehouse.

Part two of Hidden Books, Hidden Stories is a collection of participating artists’ books in a custom-built display that will give the visiting public an opportunity to experience each individual artist’s narrative in its entirety. Part three of Hidden Books, Hidden Stories is a new installation of photographs and videos by Doug and Mike Starn of their monumental architectural performance, Big Bambú, which they are constructing as a site-specific work for The Metropolitan Museum of Art Iris and B. Gerald Cantor Roof Garden. (The Met exhibition will be open April 27—October 31, 2010). To build Big Bambú—an ever-changing sculpture made from thousands of fresh-cut bamboo poles—the Starns are working as high as 50 feet from the ground, directing a team of rock climbers.

Lou Reed is a playwright, poet, musician, and photographer whose photographs have been exhibited worldwide. His third photography book, Romanticism, was published by Edition 7L in 2009. The French government has named him Chevalier de l'Ordre des Arts et des Lettres, and he was inducted into the Rock and Roll Hall of Fame in 1996. He is a founding member of the legendary band, the Velvet Underground. Currently, Reed is working on several projects including a collaboration with artist Lorenzo Mattiotti on a graphic novel based on his album, The Raven; a book of essays on Chen Tai Chi called The Art of the Straight Line; and continues to co-host a weekly radio show with producer Hal Willner called The New York Shuffle. About the New York Photo Festival Designed to be an American counterpart and thematic successor to the prestigious European photo festivals Les Rencontres d’Arles, PHotoEspaña, and Visa pour l’Image, the New York Photo Festival creates an international atmosphere of inspiring visual installations, professional and aficionado fellowship and camaraderie, and news- worthy staged presentations, awards ceremonies, and symposia over the course of four-and-a-half days during the busiest photography month in New York City.

The festival was founded by Daniel Power and Frank Evers; the director of NYPH ’10 is Sam Barzilay. The inaugural NYPH (May 14–18, 2008) proved an astounding success, with over 15,000 tickets sold, 2,500 industry professionals and artists, 1,000 members of the international press, packed seating for all day and evening programming events at St. Ann’s Warehouse (450 capacity), 20 countries represented in curated and satellite pavilions, 85,000 clicked site visits, 47,000 blog posts, 2.5 million unique visits to http://www.nyphotofestival.com, 49 media partners, and over 3,000 submissions from 87 countries for the New York Photo Awards

The New York Photo Festival 2009 (May 13-17, 2009) provided the discoveries to U.S. audiences of Tim Hetherington and Jacob Holdt.