Two venues between London and Berlin

The Art of Conversation

London-Berlin. A Tale of Two Cities. The exhibition calls upon the talents of some of the most exciting new and established designers from across Europe. Over the course of 90 days, 20 entirely original works will be created, each in response to the previous piece, in a fascinating chain of communication that will at once reveal and demystify the designer's thought process. 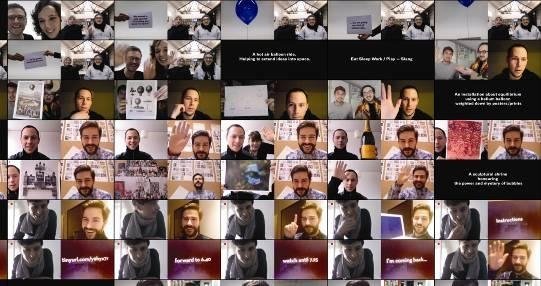 The Art of Conversation: London—Berlin is a unique exhibition shown in London and Berlin. The content is generated through a visual game of ‘Chinese whispers’ between the designers in the two cities. Curated by the two design studios BANK in Berlin and INVENTORY Studio in London, the exhibition calls upon the talents of some of the most exciting new and established designers from across Europe.

Over the course of 90 days, 20 entirely original works will be created, each in response to the previous piece, in a fascinating chain of communication that will at once reveal and demystify the designer's thought process. Their piece can take any form; from sculpture to performance, photograph to text. The resulting show will demonstrate that creativity is never predictable and infinitely varied.

To kick off the process, the first design team were gifted a hot air balloon flight by the curators, setting a precedent and giving the studio "space to think". Their online conversation and those that come after will be held and recorded using Skype technology and displayed at the exhibitions. These creative exchanges, from the straightforward to the leftfield, show the huge impact that communication technology has had on our ability to exchange information. A website charting the development of the project will trace the creative network being built between these design communities.

Far from being a simple showcase of each individual’s work, this is a dynamic collaborative process in which creatives engage with and reinterpret concepts and designs organically generated by their fellow designers. The exhibitions will be an exemplification of the design process itself laying bare the ways in which ideas are realised visually through a multiplicity of techniques, materials and cultural influences. As such the exhibition organisers hope to demonstrate the different approaches and aesthetics of Berlin practitioners and their London based counterparts whilst facilitating a complex mash up of the two.

Additionally to the created piece of artwork, each participating studio will produce a limited edition screen print in response to their involvement in the process. This will further allow the designers to showcase an uninhibited style and will act as a point of reference for the work they have produced during the The Art of Conversation: London— Berlin. These will be available for purchase both at the exhibition and online.

Running along side the show will be a series of talks and workshops held by the participating designers as well as the curators BANK and INVENTORY studio at venues in London and Berlin. These will give designers and design experts from both cities the opportunity to share ideas as well as introducing design to a whole new audience. "We hope the show is a journey allowing the viewer to follow the tangential ideas of the participants. Often exhibitions only show finished works, and the process of reaching them can be just as interesting. This show is unique in that the finished pieces are both the inspiration for the work and the work itself"
(The Curators)