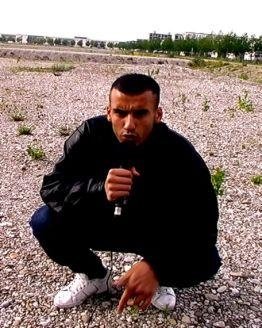 The economisation of life offers a plattform for controversy – a subject that often appears in Marusa Sagadin's works. On the one hand, she is interested in the commercialization of the urban space, on the other hand in concrete personal experiences of individuals, for example in connection to hierarchies at workplaces. Her installations are often inspired by architecture or text-based collages, asking for the value of human life within capitalistic everyday life. Due to the simultaneous use of sub cultural language and images, her works never remain just on the level of analysis, but point at the same time at the variability of situations.

Anna Witt's videos are based on situations, produced on public places and with special groups of people. Through invitation for actions, she provokes communication. She invites, for example, to patrol in the style of security companies, or she discusses with inhabitants and passer-bys on political demands. In a different action, she makes sociologists present their theses on hip-hop-culture in a kind of rap-battle video towards real rappers. Through unexpected confrontation, she makes people deal with their environment, with other groups of people as well as with their own attitudes. Exchange, friction and communication are options that Witt confronts with lethargy and isolation produced by society.

Since 1999, the artist Bernd Krauss (*1970) produces a newspaper consisting of a A4-page concentrically folded. It mainly shows handwritten short articles mixed with graphic elements and extracts of various found advertisements, magazins, newspapers and other printed pieces. The contents of Krauss' articles are mostly reactions on possible everyday situations, on experiences, meetings and impressions. This boulevard-like range of fragments covers restaurant and excursion hints as well as private statements with friends. Topics like market trends, health issues, public discussions and impressions will be assimilated and vigorously shortened, sometimes consciously polemically reproduced. But the character of the newspaper is not dealing with the private universe of a person, but more or less with the subjects manoeuvring in discrepancies and breaks with its dynamic environment.

The developped manuscripts will be simply reproduced in a photocopier and distributed. Recently, Krauss published the scanned pages also on pinboards of several facebook-users. Meanwhile, there are several hundreds of issues of the 'Riecher'. The exhibition at the Kunstverein will present most of those issues continuously for the first time.

STUDIO
The entrance space of the Grazer Kunstverein, called 'Studio', constitutes a grey-zone at the conjunction of office, information, communication and artistic production. Along with alternating selected publications, editions and art journals, interventions and presentations by artists take place in this area. The video archive 'It is hard to touch the real' is also accessible here.

Opening of the exhibition on Wednesday, My 12th, at 7 pm