'Animism' describes belief practices that endow objects and non-human entities with life and person-like qualities. It was also frequently identified as minimum definition, and 'primitive' form, of religion. This exhibition project builds on recent attempts to de-colonize this canonical understanding of animism, the colonial economy in which it is inscribed and the relations it therefore enforced with what it signified. It comprise historical and contemporary works, as well as research-based original contributions especially conceived for its context. 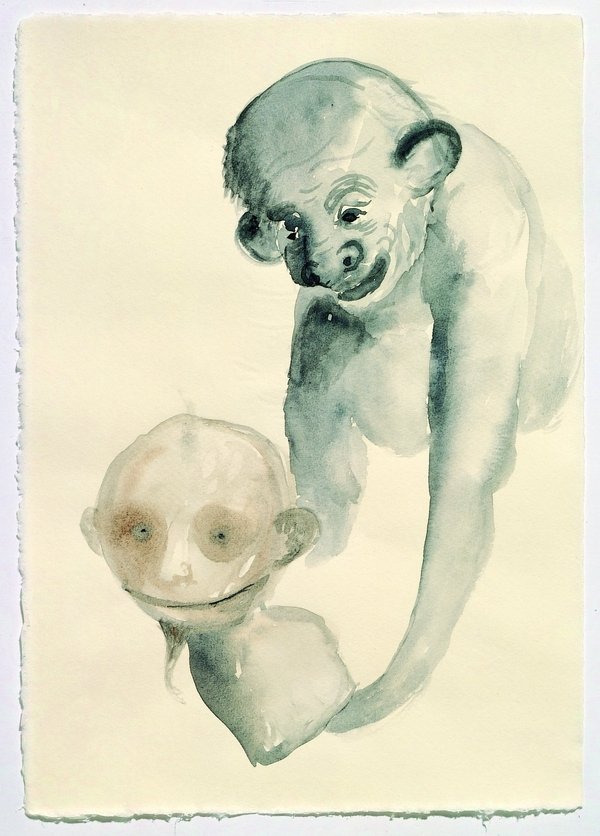 While the term 'animism' has its roots in classical philosophy, it received its predominant definition by anthropologists in the course of the colonial encounter. 'Animism' describes belief practices that endow objects and non-human entities with life and person-like qualities. It was also frequently identified as minimum definition, and 'primitive' form, of religion. Modern psychology refers to animism as psychological and aesthetic mechanism by which human-like features are 'projected' onto objects.

Originally derived from ancient philosophical and theological debates disputing the conception and nature of 'souls' (animism is derived from the Latin anima, soul) in the aftermath of the Christian campaigns against heathen idolatry, Protestant iconoclasm and an emerging positivist enlightenment rationality, animism has become a rational-scientific category descriptive of the irrational, superstitious and primitive. It was given its canonical formulation as a concept by 19th century social scientists, particularly anthropologists and psychologists. Together with notions such as totemism and fetishism, animism was a key concept in their search for the original, 'primitive' religion of humanity. Its empirical source was the widespread assumption that 'savages' were incapable of assessing the meaning and value of material objects, resulting in the primordial mistake of attributing life, soul, or spirit, to matter and objects – an argument premised on an objectivist materialism that assumed that matter was 'dead' by definition. The subsequent complementary psychological definition holds that the primordial mistake of 'animism' as a developmental stage of both cultures and individuals is based on belief in the "omnipotence of thought", which causes our "consciousness to be reflected in all around us" (Sigmund Freud).

This exhibition project builds on recent attempts to de-colonize this canonical understanding of animism, the colonial economy in which it is inscribed and the relations it therefore enforced with what it signified. The present endeavour aims to re-conceptualize the term as a 'relational epistemology' in which social metaphors, images and narratives hold the status of 'necessary fiction' and relational technologies. A de-colonized understanding of animism does not present itself as a question of belief or of the spiritual, nor as a psychological borderline condition and matter of 'projection', but rather as a question of 'relationality' and non-objectivist materialism. While objectivist 'knowledge' is not part of a relation, animism accounts for knowledge as a relation that shapes both the knower and the known. Animism can be seen as the anti-thesis to a modern stance that distilled nature into its objectified material properties alone, uncontaminated by symbolic meanings or social relations. However, a de-colonized notion of animism also resists the exclusion of things, of 'nonhuman' agents, from that realm of social relationality, which is symptomatic of postmodernism. It extends the concept of 'relationality' in intersubjective relations to include relations between persons and things. It asks what it means to conceive of humans, non-humans and things as equally active agents operating on different registers that demand mediation. It does so by looking at the modern discourse and practices by which 'life' is pictured, controlled and objectified on the one hand, and through which it is taken into account, subjectified, and acquires its own voice on the other. A de- colonized notion of animism can shed light on the way that on the one hand, images and framing devices participate in the fixation, objectification, conservation of life and, on the other, endow things with a voice, subjectify and animate; and how both develop a specific dialectics in modern imagery.

This is the background to the project's investigation of the modern technologies and aesthetics of animation and its implications for conceptions of subjectivity and 'personhood'. In a certain sense Animism is an heir to the famous exhibition Junggesellenmaschinen, curated by Harald Szeemann in 1975.
Animism works from the assumption that not only the social sciences, modern technological media such as photography and film, but also exhibition practices are severely implicated in the paradoxical status of animism in modernity. Rather than showcasing cultural practices previously established as 'animistic' by means of ethnographic artifacts put on display, it focuses on the mimetic processes induced by imagery. The project seeks to draw connections between predominant motifs of the modern image culture, the romantic heritage and the question of 'myth' and 'enchantment', the registration and 'writing' of life, psychopathology and phantasms of control and transformation, and the political economy of violence enacted by modern boundaries.

Animism is a collaboration between the Museum for Contemporary Art Antwerp/ MuHKA and Extra City - Kunsthal Antwerpen in cooperation with the Kunsthalle Bern, the House of World Cultures Berlin, and the Free University Berlin