The eight artists featured in Cage Mix: Sculpture & Sound bring together works that imagine and explore sound through scores, graphic notation and other forms of translation. All these artists are associated with the expanded possibilities opened by John Cage's radical writings, lectures and creative experimentation; their art traversing what might be called 'a universe of sound' stretching across time and space. 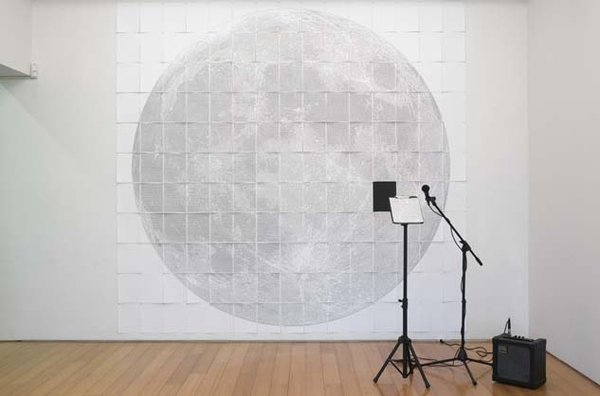 BALTIC Centre for Contemporary Art presents Cage Mix: Sculpture and Sound, a group exhibition featuring work by eight contemporary artists. Opening on Saturday 29 May it precedes and compliments the Hayward Touring Exhibition John Cage: Every Day is a Good Day which opens at BALTIC on 19 June.

The eight artists featured in Cage Mix: Sculpture & Sound bring together works that imagine and explore sound through scores, graphic notation and other forms of translation. All these artists are associated with the expanded possibilities opened by John Cage’s radical writings, lectures and creative experimentation; their art traversing what might be called ‘a universe of sound’ stretching across time and space.

Artist and composer John Cage (1912-92) was unconventional in so many ways, questioning the boundaries of composition with his rethinking and re-presentation of the score. His lectures on music in the 1940s and 50s were catalysts to entire series of new movements in art such as Fluxus and ‘happenings’ and continue to be significant to contemporary artists working today. One early work of his which acts as conceptual focus for this show is Fontana Mix, from 1958; a graphic notational score, made through the superimposition of transparent sheets.

Consisting of twenty pages covered with a mix of curved lines and dots the performer constructs the score by layering these sheets through chance operations. Once completed the performer is left with a series of time-brackets where action(s) may take place. Radically, in Fontana Mix, Cage created both a composition and a means for making new ones: a site where performance and direction is both overlapped and confused. Several of the artists in this show also use ideas of chance and create a role for viewer engagement. Central too is the notion of the ‘mix’ and the power of juxtaposition, all relevant to an experience of contemporary urban life.

Cage Mix: Sculpture & Sound includes work by New York based artist Paul Ramirez Jonas; with Paper Moon he has created a scaled version of the moon comprising 165 individual sheets of paper. The sentence ‘I create as I speak’ is repeated over and over again, as one long text. A lone page, a fragment of the image, is removed from the wall and left on a lectern while the public is invited to read this piece of the moon either out loud or to themselves.

Katja Strunz has a constellation of components arranged on the slate floor comprising a series of brass and steel rods and parts from left over musical instruments, circular cymbals and the horn of a trumpet. Like sentinels marking time they appear associated with the production of sounds and form a bridge to astronomical listening; an aerial station of weathered instruments, the sounds of origins, and the source of the big bang.

Newcastle artist Richard Rigg has created a visual conundrum with Before Interruption (2010) by creating a glass bell jar containing a brass bell. The bell is attached to a simple device that allows it to chime however the intermittent actions of a vacuum pump, suspends the sound of the bell leaving us with a bell that moves, but that we can no longer hear.

Graham Gussin shows three works, including a large wall drawing in blue ink. Here sound has been put through a software program that translates it into image, producing a kind of audio map or territory, a new landscape of peaks and troughs. Another work, Vortex Mix, uses the cover of five vinyl records, placed on spinning devices on the wall.