Voyeurism, Surveillance and the Camera 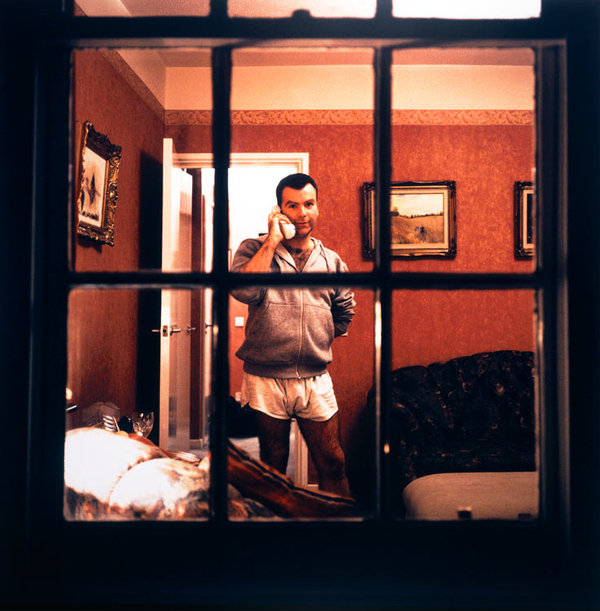 Exposed offers a fascinating insight into photographic images made surreptitiously or without the explicit permission of those depicted. Spanning a variety of lens-based media from the late nineteenth century to the present day, the exhibition will offer an illuminating and provocative perspective on subjects both iconic and taboo.

Aided and abetted by the camera, voyeurism and surveillance provoke uneasy questions about who is looking at whom, and whether for power or for pleasure. The show will examine the history of what might be called invasive looking by bringing together more than 250 works of photography and film by well-known figures including Brassaï, Guy Bourdin, Henri Cartier-Bresson, Walker Evans, Robert Frank, Nan Goldin, Dorothea Lange, Lee Miller, Thomas Ruff, Paul Strand, Weegee, and Garry Winogrand. The exhibition will also include images made by amateur photographers, press photographers, and in some cases automatic systems such as CCTV.

Exposed: Voyeurism, Surveillance and the Camera will explore themes of eroticism, celebrity and conflict, as well as instances of surveillance in the world around us. Taking the idea of the unseen photographer as its starting point, the show will include images of clandestine, informal or candid situations, impromptu and even intimate moments. It will feature a wide range of works made by photographers who have worked in ingenious and inventive ways, often using small or easily concealed cameras. The exhibition will explore the ambiguity of exposing private moments to public scrutiny and will examine the complex issues raised by voyeuristic looking. It will focus on examples of erotic photography, on the cult of celebrity and the paparazzi, and recent works engaging with the phenomenon of surveillance. Highlights will include images from Brassai’s Secret Paris of the 1930s, Walker Evans’s subway portraits, Weegee’s iconic photographs of Marilyn Monroe, and important recent work by artists and photographers such as Philip-Lorca di Corcia, Nan Goldin and Shizuka Yokomizo.

The issues raised by Exposed: Voyeurism, Surveillance and the Camera are particularly relevant in the present context, due to the increasing availability and use of street surveillance and mobile phones, and the circulation of pictures taken in this way in the media and on the internet. These are subjects that have engaged contemporary artists featured in the exhibition including Merry Alpern, Thomas Demand and Harun Farocki.