Through the Forest. This exhibition brings together close to 100 works by the Canadian artist Rodney Graham. Dating between 1978 and 2008, they come from important private and public collections in Europe and North America. Graham's interdisciplinary work embraces a variety of media: books, video, sculpture, painting, installation and music. The roots of his work, which is influenced by 1970s Conceptual art and its way of thinking, lie in the adaptation of literary models. 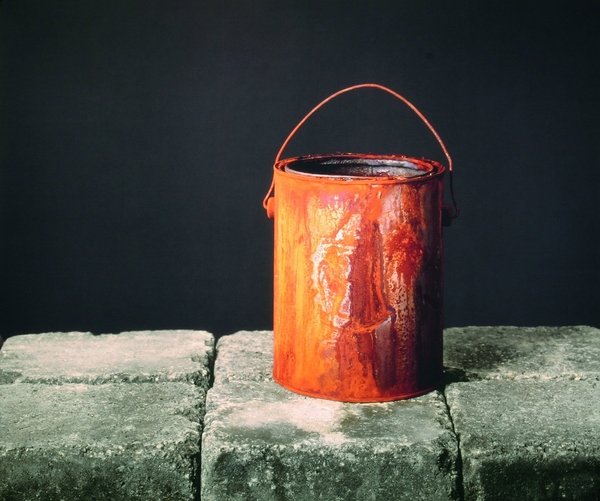 Canadian artist Rodney Graham’s exhibition entitled Through the Forest provides insight into the development of his complex body of work. The roots of Graham’s work, which is influenced by 1970s Conceptual art and its way of thinking, lie in the adaptation of literary models. Born in 1949 in Abbotsford, a small town in British Columbia, Canada, Graham and his family moved to Vancouver in 1964. From 1968 to 1971, he studied art history and anthropology, as well as English and French literature, at the University of British Columbia.

Graham made his first large photographic work, 75 Polaroids, in 1976. This series of snapshots taken during a night-time walk through the forests around Vancouver was exhibited at Pender Gallery in Vancouver; it was Graham’s first solo exhibition and marked the beginning of his career as an artist. 75 Polaroids contains elements that would be essential to his later works, namely his fascination with photographic processes, which transform objects from mere representations to autonomous images, and the idea of illuminating places at night via flash. Following this work, Graham experimented with a camera obscura he made himself and used to photograph archaeological sites during his stay at the American Academy in Rome. This line of work culminated in the series Rome Ruins (1978).

In 1984, the groundbreaking exterior installation entitled Two Generators was exhibited in Vancouver. Graham used a generator to produce electrical light, which he then used to illuminate a river near the university campus. In 1986, Rodney Graham came across an English translation of the story Lenz by the German Romantic author Georg Büchner. In that translation, Graham discovered a peculiarity of the layout: the words ‘Through the forest’ appear twice at points where the story continues from one page to another. For him, the text became a loop, as the term is used in film terminology, and a key element to later works. Graham constructed a reading machine that he employed to make this experience both vivid and visible. The first five pages on which he recognised this phenomenon in the layout of the text are arranged so that the rotational effect becomes tangible. The device created appears like a machine for seeing.

Later, Graham made other constructions, like those for Parsifal (1990–2009), which bring to the viewer’s attention the infinite nature of a musical phrase that had been inserted into that opera. He also made objects that display books he found in antique shops. From there, it was only a small step to designing bookcases that resembled works of Minimalist art, mostly those by Donald Judd. An early example of this type of work is the bookcase-like object intended for the collected works of Sigmund Freud, on which Graham worked for years. A significant part of this exhibition is devoted to his early works and the development of his oeuvre; to this end, the exhibition is showing the archive of Rodney Graham’s former Belgian publisher, Yves Gevaert, allowing viewers to make connections between his work and the material in this archive. An assortment of other materials has also been included, and it contributes to the understanding of how Graham’s ideas developed. The Judd-like objects for books are derived from bindings and covers Graham himself designed.

In 1997, Rodney Graham was invited to represent Canada at the Venice Biennale. For this occasion, Graham made an influential film, Vexation Island, based on Hollywood movies and the story of Robinson Crusoe stranded on an isolated island. Graham plays one of the main characters and the film made him instantly famous in the art world. This exhibition focuses on the films he made later, which, on a formal level, further the tradition of conceptual-text works and light phenomena in terms of themes and motifs. For the film Coruscating Cinnamon Granules (1996), Graham strewed ground cinnamon onto a burner of the stove in his kitchen and filmed the glowing specks; the theatre space in which this film is shown has the same dimensions as the kitchen where it was made. Rheinmetall/Victoria 8 (2003) is an installation of a surrealistic image. Graham acquired an almost unused 1930s typewriter from a second-hand shop in Vancouver. First, he documented the object photographically, in the style of New Objectivity; he then covered it with flour to create a poignant image for words falling silent. Torqued Chandelier Release (2005) is related to the light phenomena explored in the cinnamon film, both dealing with images that employ light effects, thus relating to photography in another way.

Another part of the exhibition deals with the role of the artist. In the film Lobbing Potatoes at a Gong, 1969 (2006), Graham re-enacts a scene from the history of rock music in which a musician throws potatoes at a gong in a sort of performance. In Graham’s piece, vodka takes the place of the potatoes; a bottle of vodka is part of the installation. Rodney Graham is interested in these kinds of "processes of translation". Something that originated in literature becomes physical as it is rendered in another medium. My Only Novel Translated from the French (After William Beckford, Mark Twain) (2000), in which the French translation of an English text is translated back into English, is a direct example of this. The theme of the role of the artist is also explored in the monumental triptych The Gifted Amateur, Nov. 10th, 1962 (2007). In this work, Graham is a sleepwalking amateur painter who attempts to reproduce a large-format abstract painting. The scene in the light-box piece makes it looks like a film still. Graham plays on the art historical discourse of Modernity in which diverse directions are represented.

Finally Rodney Graham presents himself as a painter who, unlike in The Gifted Amateur, turns to the painting of the so-called École de Paris to produce abstractions in the style of that period. The exhibition Through the Forest displays a long path that goes from the adaptation of literary models and the appropriation of moments in art history to impressive film works, and finally culminates in the most classical art medium, painting.

Exhibition organised by the Museu d’Art Contemporani de Barcelona in collaboration with the Museum für Gegenwartskunst Basel and the Hamburger Kunsthalle.