The Eighth International Biennial, The Dissolve, surveys a striking creative development found in contemporary art: the synthesis of the handmade with the high-tech. The desire to animate the work of art - to bring it to life - defines the spirit of the Biennial. Its title, The Dissolve, describes the essential quality of this new sensibility merging with the old. This exhibition displays 26 works by 30 international contemporary artists juxtaposed with four historical animations dating back to the early twentieth century. 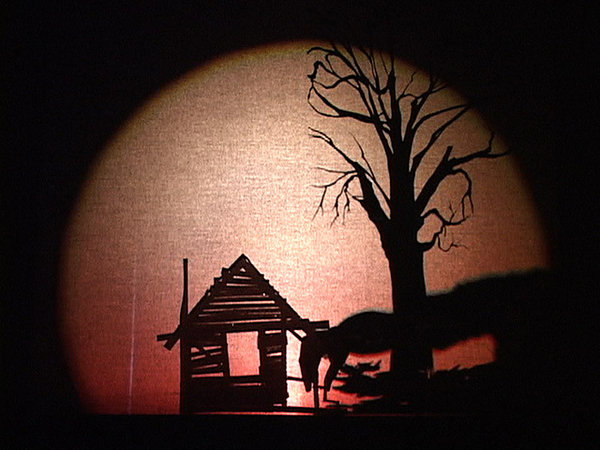 The Eighth International Biennial, The Dissolve, surveys a striking creative development found in contemporary art: the synthesis of the handmade with the high-tech. The desire to animate the work of art—to bring it to life—defines the spirit of the Biennial. Its title, The Dissolve, describes the essential quality of this new sensibility merging with the old.

The artists gathered here, working in many mediums, from painting and sculpture to mixed-media installation, alchemically engage with historical models of moving-picture practices. This exhibition displays 26 works by 30 international contemporary artists juxtaposed with four historical animations dating back to the early twentieth century. It is presented through Adjaye Associates' architectural interpretation of the diverse viewing environments of the last hundred years. The result is a visual experience seen through a deliberately bifocal lens, inspired by both contemporary aesthetics and the technical developments of the moving image.

The generative impetus to animate is behind the Biennial's consideration of today's compelling use of technology at the service of the personal touch. What does this new work tell us about technology and that renewable fount of the creative process, the human imagination? Is there another more urgent question behind this new approach? Perhaps it is the search for an authentic voice in the image overload of the Internet and the hand-held that has brought such artists back to an earlier day, when new technology asserted its challenge to the subjective experience of the body. Whatever the impulse, the result is that technology becomes not an end, but a means to more effectively foreground the primacy of the human imagination.

In 15,000 square feet of exhibition space, imaginatively designed by renowned architect David Adjaye, the exhibition will feature historic work from the Edison Manufacturing Company and the Fleischer Studios, as well as seminal works by masters of the moving image genre – Paul Chan, William Kentridge, Raymond Pettibon, Martha Colburn, Kara Walker and Federico Solmi. An emerging group of exciting newer voices will be showcased to bring us the most recent developments in experimental forms.

Among the many highlights of this biennial will be two SITE-commissioned pieces, offering important artists in the field opportunities to push their practice in new directions.

MacArthur “Genius” Award-winner, dancer, and choreographer Bill T. Jones has been commissioned to create a live performance piece for presentation at the Lensic Performing Arts Center combining dance, movement, and video. A tenth anniversary updating of Ghostcatching, a work that animates Mr. Jones’s body as three-dimensional, computerized drawings, will be featured at SITE for the duration of the exhibition.

The exhibition is made possible in part through generous support from the National Endowment for the Arts, The Andy Warhol Foundation for the Visual Arts, The Burnett Foundation, Jeanne & Michael l. Klein, and Agnes Gund.

Sarah Lewis is a writer, curator, and critic at Yale University School of Art and a doctoral candidate at Yale University in the Department of the History of Art. After receiving degrees from Harvard University and Oxford University, she held curatorial positions at The Museum of Modern Art, New York in The Department of Photography and The Department of Painting and Sculpture, and is a guest curator for exhibitions at the Woodruff Arts Center and the Wadsworth Athenaeum. Sarah has published widely, writing for Art in America, P.S.1 Contemporary Art Center, The Venice Biennial, The Smithsonian Institute National Museum of African American History and Culture, The Studio Museum in Harlem, and The Guggenheim Museum. A member of President Obama’s Art Policy Committee, Sarah lives in New York and New Haven.

Daniel Belasco is a curator and art historian specializing in postwar and contemporary art and design. He is the Henry J. Leir Assistant Curator at The Jewish Museum, New York, where his exhibition Reinventing Ritual, opened in September 2009 and will travel to the Contemporary Jewish Museum, San Francisco. Daniel has contributed texts to several contemporary art catalogues, including Robert Storr’s Disparities and Deformations: Our Grotesque for SITE Santa Fe’s Fifth International Biennial. Daniel has published essays and reviews in numerous journals including Art in America and Art News, and is currently completing a book on feminist consciousness in New York School art. He holds a PhD and MA from the Institute of Fine Arts, New York University, and a BA from Amherst College; he lives in Brooklyn.Vertov

Funding
The exhibition is made possible in part through generous support from the National Endowment for the Arts, The Andy Warhol Foundation for the Visual Arts, The Burnett Foundation, Agnes Gund, Jeanne & Michael L. Klein, Toby Devan Lewis, Marlene Nathan Meyerson, The Millstream Fund, The Mondriaan Foundation, the SITE Santa Fe Board of Directors, and many other generous donors.