Philippe Parreno at CCS Bard explores the artist's work with moving images, focusing on two later pieces, 'June 8, 1968' and 'Zidane: A XXIst Century Portrait', and an early work, 'Anywhere Out of the World' (2000). 'June 8, 1968' takes us back to 1968 and the funeral train of Robert F. Kennedy. Concurrently, in the Hessel Museum of Art, CCS Bard presents At Home/Not At Home: Works from the Collection of Martin and Rebecca Eisenberg. The exhibition includes major works by more than 100 artists including Kai Althoff, Jeremy Deller, Peter Doig, David Hammons, Mary Heilmann, Elizabeth Peyton, and Rirkrit Tirvanija. 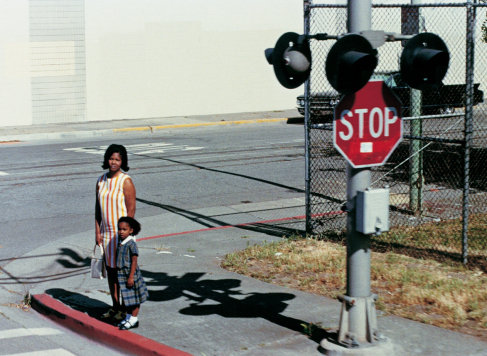 This summer, the Center for Curatorial Studies at Bard College (CCS Bard) presents Philippe Parreno, the fourth exhibition in a series of retrospectives of the French artist’s work that have taken place at the Kunsthalle Zürich, the Centre Pompidou in Paris, and the Irish Museum of Modern Art in Dublin. Philippe Parreno at CCS Bard will be on view from June 26 through September 26, 2010.

Concurrently, in the Hessel Museum of Art, CCS Bard presents At Home/Not At Home: Works from the Collection of Martin and Rebecca Eisenberg. Curated by White Columns director and CCS Bard faculty member Matthew Higgs, the exhibition includes major works by more than 100 artists including Kai Althoff, Jeremy Deller, Peter Doig, David Hammons, Mary Heilmann, Elizabeth Peyton, and Rirkrit Tirvanija. The exhibition will be on view from June 26 through December 19, 2010.

Both exhibitions open on Saturday, June 26, with a reception from 1 to 5 p.m. On Sunday, June 27, CCS Bard will present a series of special programming related to the Philippe Parreno exhibition, which will include a discussion between Parreno and Simon Critchley, chair of philosophy at the New School for Social Research in New York, as well as a screening of the single-channel version of Zidane: A XXIst Century Portrait. The screening of Zidane will take place at Upstate Films in Rhinebeck, New York, on Sunday, June 27, at noon.

Curated by Maria Lind, Philippe Parreno at CCS Bard explores the artist’s work with moving images, focusing on two later pieces, June 8, 1968 (2009) and Zidane: A XXIst Century Portrait (2006), and an early work, Anywhere Out of the World (2000). June 8, 1968, which is being shown in the United States for the first time as part of this exhibition, takes us back to 1968 and the funeral train of Robert F. Kennedy. Parreno draws openly on documentary photographer Paul Fusco’s famous footage from the event as he reenacts parts of the journey in a stunningly beautiful West Coast landscape. Anywhere Out of the World is Parreno’s contribution to the intensively collaborative project No Ghost Just a Shell, which started when he and the artist Pierre Huyghe purchased a manga character, AnnLee, who was “animated” by themselves and a dozen other artists including Liam Gillick and Dominique Gonzalez-Foerster. Zidane: A XXIst Century Portrait, made in collaboration with Douglas Gordon, is simultaneously a feature film-length portrait of a football player and a film that engages exclusively with its main protagonist without having a traditional narrative. The single-channel version of Zidane: A XXIst Century Portrait will be screened on Sunday, June 27, at noon at Upstate Films in Rhinebeck, New York, and again in September on the Bard College Campus.

Two common denominators for the three works are formal experimentation in general and the intensity of the pictures in particular. They are also portraits of sorts. The Paris-based cinematographer Darius Khondji has worked closely with Parreno on both June 8,1968 and Zidane: A XXIst Century Portrait. Known for the cinematography of visually sumptuous films like Delicatessen and Seven, Khondji’s presence in the exhibition at CCS Bard will be palpable. Thus, rather unexpectedly, the exhibition will address concerns with form, specifically in relation to light and space. The exhibition will also look at who and what can be a character in a film, or even in history.

The exhibition will be integrated with both the graduate program and the local community through a series of outreach mediation programs organized by first-year CCS Bard graduate students. In addition to a lecture by Berlin-based art historian Jörn Schaffaf, who wrote his Ph.D. on Parreno’s work, a series of screenings with Parreno’s earlier moving image work will be organized. Some of the programs will take place in the cinema spaces on campus, others at regional cinemas including Time Space Limited in Hudson. Each student is also reaching out to two different communities/groups, one on campus and one beyond, which will include the opportunity to attend special walk-throughs of the exhibition led by the students.

Philippe Parreno at CCS Bard is made possible with support from the LUMA Foundation, the Audrey and Sydney Irmas Charitable Foundation, the Cultural Services of the French Embassy, Friedrich Petzel, the Board of Governors of the Center for Curatorial Studies, and the Center’s Patrons, Supporters, and Friends.

The Center for Curatorial Studies at Bard College (CCS Bard) is an exhibition, education, and research center dedicated to the study of art and curatorial practices from the 1960s to the present day. In addition to the CCS Bard Galleries and Hessel Museum of Art, the Center houses the Marieluise Hessel Collection, as well as an extensive library and curatorial archives that are accessible to the public. The Center’s two-year M.A. program in curatorial studies is specifically designed to deepen students’ understanding of the intellectual and practical tasks of curating contemporary art. Exhibitions are presented year-round in the CCS Bard Galleries and Hessel Museum of Art, providing students with the opportunity to work with world-renowned artists and curators. The exhibition program and the Hessel Collection also serve as the basis for a wide range of public programs and activities exploring art and its role in contemporary society.

At Home/Not At Home is an exhibition of works drawn from the collection of Martin and Rebecca Eisenberg. Based in Westchester County, in the northern suburbs of New York City, the Eisenbergs have, over the past 20 years, organically and intuitively assembled one of the most idiosyncratic collections of contemporary art in the United States. At any given time, the Eisenbergs and their family live with some 500 works of art in their unprepossessing suburban home. Densely installed in almost every available space, from the children’s bedrooms to the family’s den, in a manner not unlike the 19th-century salons, theirs is a collection that is lived with and negotiated on a daily basis.

The exhibition’s title, At Home/Not At Home, is also the title of a 1982 recording by the Belgian musician Wim Mertens’s group Soft Verdict. In the context of this exhibition, the title alludes to two distinct types of social space: private space (“At Home”), and public space (“Not At Home”). This threshold between the private domain and the public realm is at the heart of the exhibition, which temporarily displaces artworks from a private suburban residential setting and restages them in the form of an exhibition in the public galleries of the Hessel Museum of Art.

In conjunction with the exhibition, CCS Bard will publish a new book, also titled At Home/Not At Home, which explores the Eisenberg collection and themes addressed in the show in further detail. The publication includes a foreword by CCS Bard executive director Tom Eccles, essays by Matthew Higgs and Bob Nickas, and short texts by Hilton Als, Kirsty Bell, Johanna Burton, Connie Butler, Thelma Golden, Laura Hoptman, Anthony Huberman, Maria Lind, and Scott Rothkopf on specific works included in the exhibition. The new publication also includes a project by Higgs titled “21 Questions,” in which the curator invited 21 individuals, all of whom have had either a personal or professional relationship with the Eisenbergs, to pose a single question to them. The questions are printed in the catalogue alongside Martin and Rebecca Eisenberg’s responses.

The At Home/Not At Home exhibition and catalogue are the result of an ongoing dialogue between the Higgs, the CCS Bard graduate program and the collectors, Martin and the Eisenbergs. As part of their first year of studies, CCS Bard graduate students are asked to work with a faculty member on a project that features original research on exhibition practices of the past 50 years and culminates in a collectively organized presentation within the museum.

At Home/Not At Home represents a continuation of such projects with Higgs and the CCS, which began in 2008 when he, alongside curators

Gianni Jetzer and Trevor Smith, led a program that resulted in the student exhibition Second Thoughts, a project that investigated and ultimately reworked Higgs’s own Exhibitionism: An Exhibition of Exhibitions of Works from the Marieluise Hessel Collection at the Hessel Museum of Art (2007) . Both Exhibitionism and the subsequent Second Thoughts drew from the extensive collection of Marieluise Hessel, which is housed at CCS Bard and includes artworks from the 1960s until the present day. At Home/Not at Home builds upon that experience, creating a unique opportunity for the graduate program to engage with a collection that has a very different character, yet is equally incisive and expansive. If comparisons were to be made between Marieluise Hessel and the Eisenbergs, they would certainly highlight the distinct personalities and passions embodied within their respective collecting practices, their commitment to education, and the value they place upon museums and the independence of the curator. They have both provided considerable resources, not least the artworks themselves, with the central idea that we are merely guardians of the artworks, whether they are publicly or privately held.

In addition to the exhibition and the accompanying catalogue, Martin and Rebecca, along with Warren and Mitzi Eisenberg, have provided the support for Scottish artist Luke Fowler to be the CCS Bard artist in residence for 2010. Commissioned as part of Higgs’s yearlong project, Fowler’s residency provides an innovative extension of the At Home/Not At Home exhibition and an opportunity for graduate students to work closely with an artist in the production of a new work.