A group exhibition inspired by the classic story by American 19th century novelist and poet Edgar Allan Poe. Much like the macabre drama of Poe's story, in which the protagonist's obsession with his upstairs neighbour drives him to murder, the works in this exhibition portray artists various modes of expression which explore dissolute scenarios through the lens of 'obsession' that reflect an intensity of passion, guilt, rage, love, identity, death, and political beliefs. Curated by Elyse Goldberg. 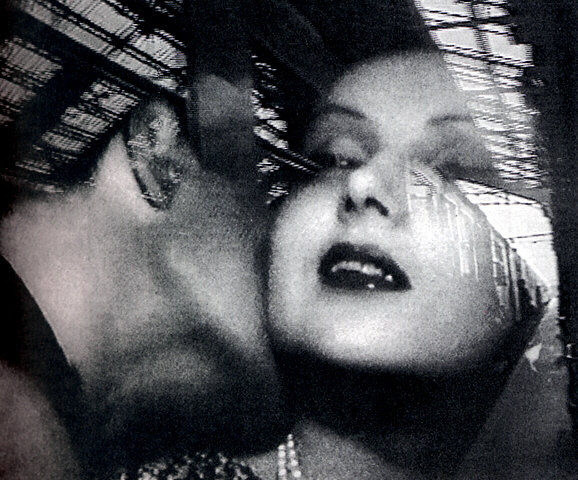 "TRUE! --nervous --very, very dreadfully nervous I had been and am; but why will you say that I am mad? The disease had sharpened my senses --not destroyed --not dulled them. Above all was the sense of hearing acutely. I heard all things in the heaven and in the earth. I heard many things in hell. How, then, am I mad? Hearken! and observe how healthily --how calmly I can tell you the whole story." -Edgar Allan Poe, 1843

Much like the macabre drama of Poe's story, in which the protagonist's obsession with his upstairs neighbour drives him to murder, the works in this exhibition portray artists various modes of expression which explore dissolute scenarios through the lens of "obsession" that reflect an intensity of passion, guilt, rage, love, identity, death, and political beliefs.

Maya Deren's seminal film, Meshes in the Afternoon (1943), serves as a cornerstone to the exhibition, embodying the dark impulses that drive human desire and imagination to their extremes.

Andre Breton's novel about obsession titled Nadja inspired conceptual artist Victor Burgin to create Fiction/Film (1991), a photographic work in which a mysterious female figure haunts the Parisian landscape. Hanne Darboven's systemic numbering and time-based collage "12 Months with Postcards from Today of Horses" (1982) posits that if symbolic handwriting and image are mirrors to the mind, then the unconscious keeps its secrets.

In Felix Gonzalez Torres' video installation, Untitled (Portrait) (1971), two empty chairs sit facing a black television monitor that periodically displays lone statements that portend greed, solitude and unrequited love, examples of which include "a new supreme court ruling," "more failed banks," "long love letters," "a merciless cardinal," and "a patriotic mob". Gonzales presents a "picture" that is simultaneously personal and political while proposing that extreme actions can produce world shaking events. Dash Snow's black and white photograph titled TBT(2008) portrays a lone female lying face down on a bed in a darkened room; there is a sense of the possibility of violence or love lurking in the shadows. An older work on exhibit inspired by a short story by Poe titled "Hop Frog Hop-Frog; or, The Eight Chained Ourang-Outangs" is James Ensor's gritty revenge hand-colored print titled "Hop-Frog's Revenge" (1898) depicting the sadistic murder of the king and his cronies.

The show will also include the US debut of Li Ming, an emerging conceptual artist based in China. This work was also included in The Tell-Tale Heart (Part 1) at the James Cohan Gallery Shanghai, curated by Leo Xu. In Ming's single-channel video work, XX (2009), two young men sit bound by overlapping t-shirts, struggling to separate themselves from one another. Other works by young video artists explore the darker side of personal relationships such as Jesper Just's work, A Vicious Undertow (2007), Keren Cytter's Something Happened (2007) and Kota Ezawa's animation Who's Afraid of Black, White and Gray, (2003). All three aforementioned works are presented as disjunctive narrative stories which expose the extreme emotion and vulnerability of complex love relationships. The Tell-Tale heart lives within us all.

For further information please contact Jane Cohan at jane@jamescohan.com
or Peter Brandt pbrandt@jamescohan.com or by telephone 212-714-9500.