Psychosculptures is an exhibition that explores a conceptual dynamic associated with attention to form and an aesthetic that reflects recent research in sculpture. The seven artists presented here use different artistic processes, but all see form as the outcome of a series of prior attitudes and dynamics, which compel the viewer to move beyond the actual work. The exhibition 'The Social Life of the Book', which is organized by castillo/corrales, brings together a selection of artists works, publications and documents highlighting practices of artists. 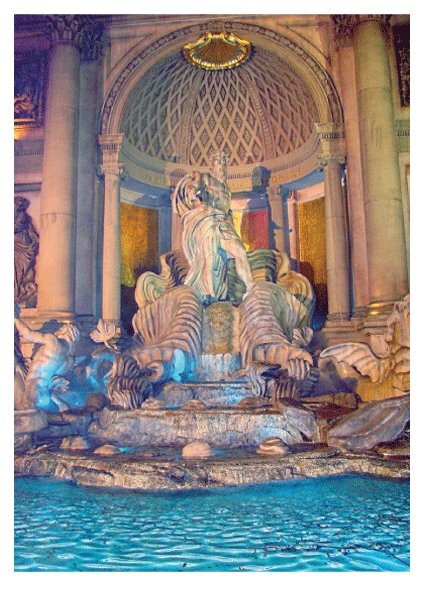 Psychosculptures is an exhibition that explores a conceptual dynamic associated with attention to form and an aesthetic that reflects recent research in sculpture. The seven artists presented here use different artistic processes, but all see form as the outcome of a series of prior attitudes and dynamics – often invisible, inexplicable and absurd – which compel the viewer to move beyond the actual work. What lends the work added value is this very need to consider how far it has come in the course of its creation, and that this is what gives it validity. Seeing it as the end result of a wider process allows us to place it in a more complex space/time dimension.
Psychosculptures

Millions of tourists travel the world in search of new stories, images and places that are part of the collective imagination, destinations for pilgrimages and rituals. It is against this background that the German artist Mandla Reuter has used one of the most famous places in the world, the Trevi Fountain in Rome, as the starting point for his work. 5000 litres of water have been collected from the fountain and transported in industrial containers. The work raises questions about how such a famous place can be decontextualised by taking its contents elsewhere. Rossella Biscotti and Kevin van Braak have together created a series of bronze sculptures in which the process of transformation from one form to another corresponds to a shift between two opposing ideologies. The four forms are a ‘translation’ of four monuments in Lithuania, to Lenin, Marx, Stalin and the Lithuanian heroine Melnikaitė. They weigh the same and are made of the same material; only the form has changed.

The Belgian artist Gert Robijns presents a work entitled Onverschillig/Indifférent. Two white Audis of the same model are parked side by side, opposite a wall in which there are two holes next to one of the cars. Light passes through them, illuminating the adjoining space. David Adamo’s imagination combines narrative elements in objects that have undergone physical changes as a result of violence or negligence. His works are often the remains of performances, actions that have left physical traces in materially destroyed objects. The Austrian artist Christoph Weber’s works show the historical and physical process whereby matter and space come together. For the exhibition he presents works that are prints of cobblestones from the street in which the last barricade was erected at the time of the Paris Commune in 1871.

The prints were made using paper from an earlier date. Paolo Chiasera presents a painting entitled Black Brain 1, which was exhibited at the Rome Quadrennial and afterwards placed in a large cylinder of reflecting steel. The perfect shape of the cylinder is the final outcome of the other work concealed inside it – the shape thus refers to the principle of pure memory. External reality is reflected and made visible, while the contents of the cylinder are consigned to oblivion.

The works in the exhibition reveal only part of themselves, and require the viewer to believe in them – forms that relate metonymically to reality, parts that suggest the concealed, invisible remainder evoked by the actual sculptures, but open the door to further possibilities and potentialities in the work. The exhibition space is merely the starting point for a broader reality.

castillo/corrales is a collectively- and cooperatively- organized exhibition and event space located in Paris 19th arrondissement (Belleville). It was founded early 2007 as a space where a group of artists and independent curators and writers could put the diversity of their respective practices and views on art into discursive motion, organizing exhibitions and events – lectures, interviews, book launches… castillo/corrales also operates in its premises a bookshop called Section 7 Books and a publishing house: Paraguay Press

Published by: Castillo/Corrales. The Social Life of the Book

The exhibition The Social Life of the Book, which is organized by castillo/corrales specifically for the series of exhibitions Published By at De Vleeshal, brings together a selection of artists works, publications and documents highlighting practices of artists and publishers who consider books less as finished objects or forms but for their disruptive potential and their ability to create new social situations for new relationships and new meanings.

The exhibition presents the undertakings of some contemporary artists and publishers to attend the circulation of texts and ideas through a multitude of ways besides the grand gesture of releasing a brand new book, and which includes practices as various as reprinting, translating, scanning, stealing, quoting, re-editing, etc