Introducing The Fisher Collection. Part of 75 Years of Looking Forward 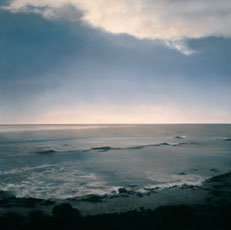 The first public presentation of the celebrated Fisher Collection, one of the world's foremost private collections of contemporary art, will be presented by the San Francisco Museum of Modern Art (SFMOMA) from June 25 through September 19, 2010. SFMOMA recently announced an unprecedented partnership with Doris and the late Donald Fisher, founders of the Gap, to provide a home at the museum for their outstanding collection of more than 1,100 works, most of which have never been displayed publicly. This sweeping exhibition, entitled Calder to Warhol: Introducing The Fisher Collection, will offer an extraordinary preview of the depth, breadth, and quality of the Fisher holdings, with iconic works by Alexander Calder, Chuck Close, Sam Francis, Philip Guston, Anselm Kiefer, Ellsworth Kelly, Roy Lichtenstein, Brice Marden, Agnes Martin, Joan Mitchell, Gerhard Richter, Richard Serra, Wayne Thiebaud, Cy Twombly, Andy Warhol, and many others. It will also serve as the centerpiece of SFMOMA's yearlong 75th anniversary celebration and exhibition series in 2010, entitled 75 Years of Looking Forward.

Organized by Gary Garrels, Elise S. Haas Senior Curator of Painting and Sculpture at SFMOMA, Calder to Warhol: Introducing The Fisher Collection will provide a window into the vast collection assembled by the Fishers over more than four decades. The entire fourth and fifth floors of the museum, including the Rooftop Garden, will showcase approximately 160 works of painting, sculpture, photography, and video—a distillation of the Fisher Collection that aims to reveal not only its scope but also its core attributes. The collection is particularly distinguished for its concentration of works by Alexander Calder, Chuck Close, Philip Guston, Ellsworth Kelly, Anselm Kiefer, Roy Lichtenstein, Agnes Martin, Gerhard Richter, Richard Serra, Cy Twombly, and Andy Warhol. Unlike most private collections, it includes extensive groupings of seminal pieces by these 20th-century masters and traces their creative evolution through entire bodies of work.

"At this momentous time in SFMOMA's history, we are not only celebrating 75 years of accomplishments and innovation, we're also looking forward to a new era of growth and community service that will be greatly enhanced by the museum's presentation of these outstanding works of art from the Fisher Collection," said SFMOMA Director Neal Benezra. "Our collaboration with the Fisher family will give visitors access to some of the finest modern and contemporary masterpieces, placing SFMOMA among the greatest museums for contemporary art and elevating the cultural profile of the city as a whole. As the first unveiling of Doris and Don's incredible gift to the city of San Francisco, this exhibition will introduce the public to an incomparable group of iconic works that will inspire and educate generations of visitors in the years to come."

"Since the 1980s, the Fishers have helped shape San Francisco into a national center for forward-thinking art collecting," says Garrels. "It is an honor to tell the personal story of their collection through this tremendous body of art, which was assembled with love and determination over more than 40 years. I'm thrilled to see how this work complements SFMOMA's own holdings."

The exhibition will be organized in sections, alternating concentrations of works from a single artist and groupings of works by others with shared perspectives. The presentation will also lend insight to the Fishers' collecting methodology, emphasizing the collection's unifying threads: its richness in American abstract art, its strengths in contemporary German painting and photography, its deep concentrations of work by the artists they most admired, and a marked commitment to representing, whenever possible, the growth of each artist's work over time with key examples from every phase of their careers. This exhibition will be the first to convey these affinities and correspondences.

In the fifth-floor galleries, the presentation explores in-depth holdings of five artists in particular—Alexander Calder, Ellsworth Kelly, Anselm Kiefer, Gerhard Richter, and Richard Serra, with large galleries devoted to numerous works by each. The Overlook Gallery will be devoted to minimalist art with works by Carl Andre, Dan Flavin, and Donald Judd.

Half of the fourth-floor galleries will highlight the collection's esteemed holdings of abstract art, beginning with gestural paintings by Sam Francis, Philip Guston, Lee Krasner, and Joan Mitchell. Early sculptures by Mark di Suvero and John Chamberlain will serve as counterpoints. Single galleries will be devoted to the paintings of Agnes Martin, Frank Stella, and Cy Twombly, as well as the later works of Philip Guston. Other galleries here will include paintings by Willem de Kooning, Richard Diebenkorn, Brice Marden, Robert Therrien, and sculptures by Martin Puryear.

The other half of the fourth floor will center on Pop and figurative art. Major groupings of Pop works by Roy Lichtenstein and Claes Oldenburg will share a large gallery. Emphasizing a particular strength of the collection, two galleries feature the early and late paintings of Andy Warhol, with iconic pieces such as Triple Elvis (1962) and Silver Marlon (1963), and key works from the artist's Most Wanted Men series and later self-portraits.

In addition, two galleries will be dedicated to the work of Chuck Close, showcasing four of the artist's monumental portraits of other artists. Figurative works by David Hockney and Wayne Thiebaud will be shown together, as will groupings of photo-based works by John Baldessari, Sophie Calle, Barbara Kruger, Ed Ruscha, and Jeff Wall. Paintings by Richard Artschwager will be juxtaposed with Sigmar Polke, while the media arts galleries will present video installations by William Kentridge and Shirin Neshat. A final gallery features the paintings of Georg Baselitz, whose work the Fishers collected with great passion.

In the first completely new installation since the opening of SFMOMA's Rooftop Garden in May 2009, the outdoor space will display the Fisher Collection's strengths in large-scale sculpture, with works by Alexander Calder, Mark di Suvero, Beverly Pepper, and Isamu Noguchi. Key pieces by British artists Tony Cragg, Richard Deacon, Barry Flanagan, Antony Gormley, and Richard Long will also be on view.

In conjunction with the exhibition, SFMOMA will publish a richly illustrated catalogue presenting highlights from the Fisher Collection. The book will also include an introductory essay by Gary Garrels and excerpts from a 2006 interview in which Don and Doris discuss their collection with Neal Benezra.

Upon completing an expansion of SFMOMA's facilities, the Fisher Collection will be presented in a dedicated new wing and will also be interwoven with works from SFMOMA's modern and contemporary holdings, enhancing SFMOMA's capacity to develop exhibitions and public programs in all areas of its collections—painting and sculpture, photography, architecture and design, and media arts.

About the Doris and Donald Fisher Collection

The Fishers started collecting art more than 40 years ago, aided early on only by Doris Fisher's college roommate, Peggy Walker, and their keen instincts. Their very first purchases included prints—often acquiring whole suites—which were used to furnish the walls of an office building for Gap, the retail company they cofounded in 1969. Soon, their passion grew and they began adding paintings, sculpture, drawings, photographs, and other media. The Fishers have never hired a curator or broker to procure pieces for their collection; rather, they prefer the excitement of discovering each piece themselves.

During the last four decades, the Fishers amassed a museum-quality collection. It includes more than 1,100 works by 185 artists created from 1928 to the present. The collection features work by American and European masters from movements including Pop art, figurative Art, Minimalism, abstraction, conceptualism, Photorealism, and Color-field painting.

About Doris and Don Fisher

Don Fisher, who passed away in September of 2009, was one of SFMOMA's most ardent and generous supporters. He was a member of the SFMOMA Board of Trustees from 1983 to 2009 and served on several Board committees, most recently as Secretary/Treasurer. Doris Fisher has served for many years on SFMOMA's Education Committee. At the National Gallery in Washington D.C., she is a member of the Trustee Council and has served as co-chair of the Collector's Committee for ten years.

In 2010, SFMOMA will mark the 75th anniversary of its founding and its 15th year in the Mario Botta–designed building downtown. Highlighting the unique strengths of the collection and moments when SFMOMA broke new ground, the museum will offer a free weekend celebration on January 16, 17, and 18 and a year of programs under the banner 75 Years of Looking Forward. This series of exhibitions and events illustrates the stories of the artists, collectors, cultural visionaries, and community leaders who founded, built, and have animated the museum.