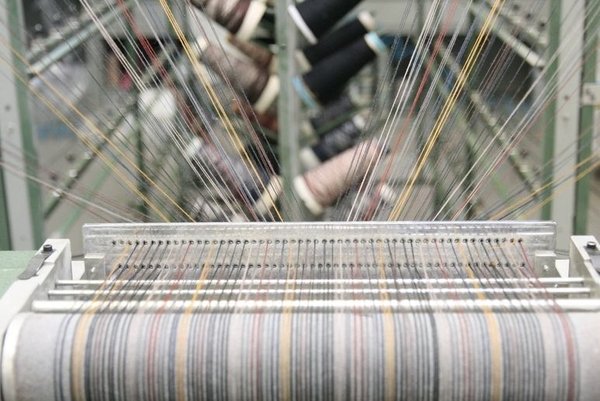 The point of departure for the exhibition are contemporary changes of labour and production referred to by researches as „post-fordism" and connected with the development of the global information society and economy based on services and knowledge. This model of economy has extended the traditional borders of productivity by a complex and diverse set of social, intellectual, emotional and communicative processes, thus leading to engagement of workers` and consumers` subjectivity into cycles of production and reproduction of capital beyond fixed hierarchies and categories.

Labour viewed from this perspective becomes biopolitics: management of life, creating its new forms. Productivity enters areas it used to be separated from: these of free time, entertainment, aesthetic experiences, social involvement, political action and housework. The requirements of constant efficiency, self-education and flexibility in adjusting to the constantly changing conditions also known today as self-improvement have caused us not to cease producing capital even after leaving our workplace.

The exhibition will debate three main intertwining themes: industrial labour, broadened and hybrid character of contemporary productivity, an artist‘s work and economy. The works focused on industry or its remnants will examine labour processes connected to the factory incorporated into immaterial flows of meaning, that determine in fact entire production cycles.

The artists who position labour within the wide field of social and generic activities will particularly concentrate on an ambivalent, flexible and elusive dimension of work today, which often makes the worker function on the verge between self-realization and (self)exploitation. To what extent are the artistic practices – operating with and reprocessing after all images and meanings - reliant on the current transformations of capitalism? What kind of economies might be conceived by the artists, what is their potential to break away from the dominant modes of production?

In relation to the exhibition two new works are being prepared: Janek Simon’s project at Alaba International Market in Nigeria and "The History of the Bomb" by Roman Dziadkiewicz

The Workers Leaving the Workplace project further develops some questions raised by the exhibition Arbeiter verlassen die Arbeitsstätte at the Galerie für Zeitgenőssische Kunst in Leipzig in 2009.

The spaces around the Neoplastic Room begin to successively fill in by works of contemporary artists that find in the Strzemiński’ work moments, which are still worth of confrontation. "Open Composition" - developing around the exhibition Room - inaugurate on 6 july 2010 - the projects created especially for this occasion by Grupa Twożywo and Jaroslaw Fliciński and also works of Daniel Buren, Magdalena Fernandez, Igor Krenz, Grzegorz Sztwiertnia, Elzbieta Jablonska, and Julita Wojcik.
Neoplastic Room, which is the inspiration and starting point, has been revived to its historical function: became again a place of exhibition of works by Katarzyna Kobro, Henryk Berlewi and Theo van Doesburg.

In 1946 Muzeum Sztuki, initially located in a few dozen rooms of the former city hall, gained its new seat: the 19 th century palace of the Lodz industrialist Maurycy Poznański. The Director of the Museum of the day, Marian Minich invited Władysław Strzemiński to cooperate at arranging the new exhibition rooms. The artist was entrusted with the task of designing the space that would contain the collection of European avantgarde works, gathered on his initiative in the 1930s. The Neoplastic Room, as it was called, was opened at the same time as the Museum – two years later, and immediately became the main attraction of the Museum.

Unfortunately, it was not so for long: in 1950 the Room’s polychromes, alluding to the constructivist-neoplastic aesthetics, were painted over, and the works exhibited there, deemed inappropriate as far as the official style of social realism was concerned, were placed in magazines. The Room was reconstructed by Strzemiński’s student: Bolesław Utkin, in accordance with the original plans as late as in 1960 and since then, for almost half a century, it was the focal point of the permanent exhibition of the Museum in Lodz. The situation changed in 2008 when the collection was moved from its former place to ms2, , a historical weaving plant turned into new exhibition spaces of Muzeum Sztuki.

The Room which, after long discussions, we decided not to move alongside the collection, but to leave it in the place it had been designed for by Strzemiński, lost the status of the collection’s focal point and became a catalyst and a point of reference for the activities of other artists. The activities which, in dialogue with the work of the Polish artist, would creatively develop the meanings embedded in the work and make them more contemporary, as well as direct our attention towards these aspects of the works that have previously been concealed.

The signals of the coming change of the status of the Neoplastic Room were: the modifications that the room underwent as a part of the 2006-2008 series of three exhibitions-sketches for the future permanent exhibition (presented at ms2), and the activities conducted by artists during such projects as Museum as a Luminous Object of Desire (the Director of the Museum being dressed by Julita Wójcik in a sweater mirroring the aesthetics of the Room), Delusive Orders (a video by Igor Krenz commenting on the Room’s obsessive geometry) and I Repeat Them to Reach Them (the transformation of Strzemiński’s work into an autonomous museum exhibit and, simultaneously, into an accessible set of DIY for everyone, made by Elżbieta Jabłońska). Placing Daniel Buren’s installation Cabane éclatée avec tissu blanc et noir in the vicinity of the Room was also an important undertaking in this respect.

The French artist’s installation does not directly refer to the aesthetics of Strzemiński’s work but it enters into a more profound relation with the " economy of a gift " on which it was based, just like the Neoplastic Room is a place " given " by the artist to the works of another artist (to the paintings by Henryk Stażewski from the Museum’s collection).The activities mentioned above constitute the beginning of a process resulting in other spaces surrounding the Neoplastic Room being gradually filled by works of artists who find points still worth confronting in Strzemiński’s work. This way, the story, whose climax seemed to be the Room itself, has a chance of finding its continuation in the present.

Department of Promotion and Marketing
Head of the Dept.
Małgorzata Chmiel phone: +48 (0)42 6399878 promocja@msl.org.pl

Muzeum Sztuki Lodz
Więckowskiego 36, 90-734 Lodz
The exhibition is opened
from tuesday to sunday from 12 p.m till 7 p.m.
free admission