The project is based on the concept of moving and changing the context in which private galleries with curatorial experience function. 14 European galleries are setting up an international art district, each with its own space, and each preparing its own exhibition. Participating galleries: Croy Nielsen, Foksal Gallery Foundation, Galerie Jocelyn Wolff, Hollybush Gardens, Hunt Kastner, i8, Zero.. 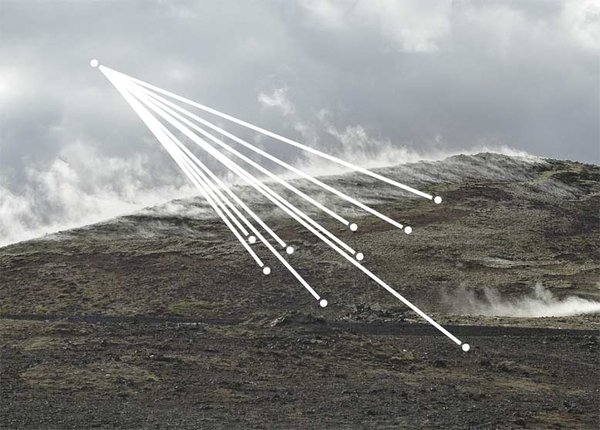 The grand opening of Villa Reykjavik is coming close – 9 July 2010. The project is based on the concept of moving and changing the context in which private galleries with curatorial experience function. 14 European galleries are setting up an international art district, each with its own space, and each preparing its own exhibition. Among the artists presented we will see Johanna Billing, Rafał Bujnowski, Jacob Dahl Jürgensen and Simon Dybbroe Møller, Elín Hansdóttir, Alena Kotzmannová and Tomáš Vaněk, Michael Sailstorfer, Wilhelm Sasnal, Monika Sosnowska, Johannes Wohnseifer.

Rodeo gallery from Istanbul is preparing a show entitled "Tropical Iceland", which refers to the local context. Paolo Zani, owner of the famous Milan based Zero gallery, is coming alone, planning to wait for any of the artists to whom he had sent invitation to either show up personally, or at least send his or her work. Kling & Bang from Reykjavik, are setting up a special series of exhibitio ns and events, with the intention to introduce guests to the local art scene.

The idea of Villa Reykjavík draws on tradition of Villa Warsaw. In 2006 a modernist villa in the Warsaw district of Ochota hosted Villa Warszawa with participation of ten galleries. A few years later Raster Gallery decided to go for it again – this time in slightly different circumstances – in Reykjavík. Reykjavík is peripheral, natural and modest, but at the same time of great potential. It is now the best place to shed off routine and again feel the power of art.

Opening Week
The most important events as part of Villa Reykjavik are planned for the first week of the project. The idea of meeting, which is the leitmotif of the entire undertaking, will be present in the programme of performances, lectures, and concerts. Bands from Iceland and abroad will perform side by side. The musicians invited include a bands from Reykjavik – Pascal Pinon, Sudden Weather Change, Mr Silla, Swords of Chaos, Blood Music from Sweden, or Paristetris from Poland. Performances will happen daily.

William Hunt comes from London and is known for integrating forces of gravity and nature in his music presentations. Prinz Gholam, on the other hand, enter an intimate and carnal relationship with time, pulling the audience in with them. The skeptical and mistrustful Oskar Dawicki, who questions the present performance art boom, will come from Poland, as will Janek Simon, who will tell us about his games of chance theory where logic (game theory) is linked with para-sciences. A rtists from Iceland will of course be present too (Kling & Bang Gang).

One of the unique events planned for the first week is the screening of the first full length feature film by Wilhelm Sasnal, "Swineherd". The entire program of experimental films, which has been arranged in thematic groups, will be prepared and described by Łukasz Ronduda. Kitty Travers, the famous ice-cream maker from London, will be in Reykjavik the entire week. Centre for Icelandic Art is preparing a special programme for those of Villa Reykjavik guests who would like to find out more about the local music scene. The Centre will at the same time be the project's info desk.

Till the end of the Opening Week (16 July 2010) the info point of Villa Reykjavík is placed in the Center for Icelandic Art (CIA), Hafnarstræti 16, 101 Reykjavík