Present Memory. As part of the Level 2 Gallery series, and in conjunction with Tate Modern's 10th anniversary celebrations, Uruguayan artist Alejandro Cesarco presents a newly commissioned video featuring an intimate portrait of his father. Cesarco's artistic project is based on appropriations, repetitions and re-readings of images and texts. For this multi-screen installation, displayed in various spaces throughout Tate Modern, he has juxtaposed film and video devices in a narrative which lyrically evokes memory processes. 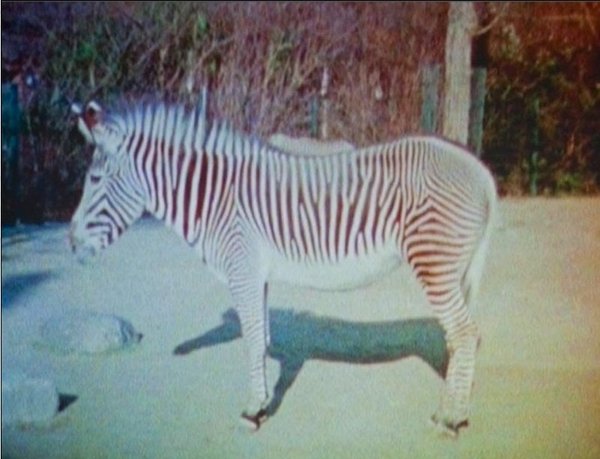 Uruguayan artist Alejandro Cesarco pays special attention to the construction of narratives and the practices of reading and translating. 'I am interested in cataloguing, classifying, appropriating and reinterpreting texts', he has said. Through different conceptual strategies and a range of media, including prints, books, videos and installations, he explores the various meanings of words and images in relation to context, experience and subjectivity.

Present Memory, a newly commissioned video, features an intimate portrait of the artist's father, a doctor recently diagnosed with cancer. Using a 16mm camera, Cesarco filmed him in his medical practice in Montevideo with a series of close-ups and medium shots. He later projected this footage onto the same room and recorded the film screening with a video camera. The resulting video is now being shown at three different sites across the museum. Conceived as a projection of a projection, its repetition creates a visual echo and activates a sense of déjà vu every time the viewer re-encounters it.

The work documents both a constructed and anticipated memory of the father, through which the artist also explores the writing of his personal narrative amidst the museum's writing of its own history and memory.

Alejandro Cesarco was born in 1975 in Montevideo, Uruguay. He lives and works in New York City

As part of her ongoing series 'Volumes', Haris Epaminonda creates precise installations consisting mainly of found objects and images. Adopting and then undoing conventional modes of exhibition-making and museum display, Epaminonda develops all-encompassing environments that are simultaneously familiar and new. Each exhibition is posited as a new 'Volume' in the consecutively numbered series.

For VOL. VI, Epaminonda has brought together a series of objects from around the world. Wooden carvings, clay vases, statuettes and pages of books – all taken out of their original context – are juxtaposed with each other to form new associations and readings. The artist purposefully avoids stating the origin of each element.

Viewers are invited to draw from their own cultural and social experience and engage with the work without relying on a predetermined explanation of origin and meaning. Though constructed from tangible objects arranged in a specific physical space, the work offers visitors the potential for imaginary journeys through distant times and places.

Further extending the notion of journeys, Epaminonda's installation paces the visitor's movement through the gallery: spare minimalism is followed by areas brimming with objects, some partly hidden and imbued with intrigue. Together they form a spatial composition, akin to a three-dimensional collage.

The final space houses a new film, part of an ongoing series of short sequences filmed in different locations over the last three years. The music that accompanies the film had been specially created by Part Wild Horses Mane On Both Sides. Epaminonda approaches the filmic space in a similar way to the rest of the exhibition; each excerpt forms another element of her overall 'collection' of images, objects, times, spaces and experiences.

Haris Epaminonda was born in 1980 in Nicosia, Cyprus. She now lives and works in Berlin.