A cross-disciplinary project which will bring together thirty-four visual artists, composers, musicologists, performers, engineers, physicists and film-makers from around the world to the European meeting point of Berlin. S.Low's events will include musical performances, art exhibitions, sound installations, film screenings, workshops and round table discussions. 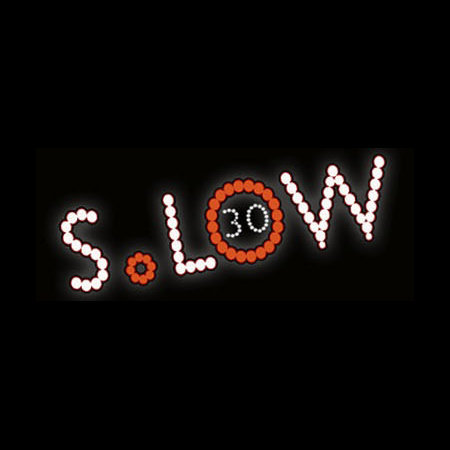 S.LOW is a cross-disciplinary project which will bring together thirty-four visual artists, composers, musicologists, performers, engineers, physicists and film-makers from around the world to the European meeting point of Berlin. The project aims to articulate synergies from this community of individuals through their responses to the concepts of 'slow' and 'low '.

S.LOW will facilitate an exchange of methodologies and knowledge by examining how similar issues impact upon different disciplines. These issues will include: the creative use of slow or low technologies versus high speed and cutting-edge technologies, the need of a different rhythm of work in a cross-disciplinary or collaborative environment, high-brow versus low-brow art and its relevance to practitioners either from academic or non-academic backgrounds and the environmental impact of art.

S.LOW's events will include musical performances, art exhibitions, sound installations, film screenings, workshops and round table discussions and its expected outcomes will include the creation of new works, artistic connection between practitioners and the community and between the artists themselves and the assimilation and development of the ideas upon which the project is based.

THURSDAY 29th of JULY 2010:
ARTISTS PRESENTATIONS AND SCREENINGS
16:00-18:00 Carolina Loyola-García, Jaana Kokko and Sergio Zavattieri. Invited speakers will introduce their work and will invite questions from the floor at the end of the session.
ARTIST MULTIDISCIPLINARY 'HAPPENING'
18:00 Directed by Sergio Zavattieri
- The event is open to anybody interested in participating.
- You will need to bring a small photograph (between 10 x 15 cm and 20 x 30 cm with your name and surname written on the back) which defines a significant moment in your present or past life, related directly or indirectly to the city of Berlin.
- The participants will have to talk briefly about the personal meaning of the chosen photograph before hanging it on the previously selected wall in 91mQ. The event will be open from this day each of the following subsequent Thursdays (August 5, August 12 and August 19) from 16.00 to 18.00 until the day of the opening on August 20 at 19.00.
Rationale: The aim of the event is to provide a space for the reflection of a historical moment, where the image is consumed quickly and in excess, often without the possibility of reflection and assimilation of the content. A break in time and space, like the concept of photography. At the end it will be possible to see all photographs, the merging of important moments, forming a single body, multiplying and producing new meetings.
- The photographs will remain in the exhibition space until the 21st of August. Participants can collect them in 91mQ during the opening times of the art space.
- If you want to bring a valuable or irreplaceable photograph, please bring a copy rather than an original as we cannot be responsible for any damage that may occur during the project.
19:00-21:00 Invited speakers to the panel: Gail Ritchie, Carolina Loyola-García, Teresa Foley, Jaana Kokko, Kristina Frei, Suk-Jun Kim, Elaine Kelly.
Moderator: Sunshine Wong
Panel focus: It has been said that Picasso preferred to scrawl a quick sketch than pay for his dinner in cash. In this anecdote, his concept of money evidently never surmounted his working-class background that saw a causal relationship between time and currency: the negligible minute or two to draw something was, in his mind, of less worth than the restaurant bill. This logic still continues to resonate in most people today, which then begs the question of how time itself becomes a factor in an artistic practice. Focusing on the spontaneity and/or patience demonstrated in their work, the panel participants will discuss their understanding of time and the part it plays in the audience's perception.

THURSDAY 5th of AUGUST 2010:
ARTISTS PRESENTATIONS AND SCREENINGS
16:00-18:00 Gail Ritchie, Gareth Williams and Kristina Frei.
Invited speakers will introduce their work and will invite questions from the floor at the end of the session.

THURSDAY 12th of AUGUST 2010:
ARTISTS PRESENTATIONS AND SCREENINGS
16:00-18:00 Dawn Weleski, Cristina Martín Lara. Invited speakers will introduce their work and will invite questions from the floor at the of the session.
19:00-21:00 Invited speakers to the panel: Dawn Weleski, Iain McCurdy, Ricardo Climent , (others tba).
Moderator: Sunshine Wong
Panel Focus: The manipulation -- or in some cases the subversion -- of technology is fundamental to any creative endeavour. Whether it is the long-standing tradition of sewing or some cutting-edge development in robotics, the art practitioner's role remains that of the innovator who, through varying degrees of deconstruction and recontextualisation, realises previously unexplored potentials. The artists involved in this round of talks will shed light on the media and techniques that have informed their work, and share their views on the utilisation of "old" and "new" technologies in contemporary art.

THURSDAY 19th of AUGUST 2010
ARTISTS PRESENTATIONS AND SCREENINGS
16:00-17:00 Egle Oddo
The invited speaker will introduce her visual work and will invite questions from the floor at the end of the session.
BATTLE OF CURATORS (VIDEO SCREENING)
17:00-18:00 Cristina Ghetti, Ima Pico
Ghetti and Pico will preside over the Battle of Curators: Emerging Economies/ refreshing the art scene?
Conflict has arrived! An artistic battle of screenings between videoart developed in emerging economies such as India, versus a selection of other created by so-called 'Western Artists'.
PANEL THREE - GREEN MATTER: THE IMPACT AND ACCOUNTABILITY OF ART ON THE ENVIRONMENT
19:00-21:00 Invited speakers: Egle Oddo, (others tba).
Moderator: Sunshine Wong
Panel focus: A challenge that artists constantly face is how to situate themselves within the larger social landscape, especially one that is plagued by more problems than ever before. Above almost every other issue in the current global discourse is the destruction of our environment and our obligation to prevent its demise. While the art world struggles to come up with a good response, we ask our group of practitioners how greener living can be featured more prominently in artistic production and whether art workers should reevaluate their positions in light of our planet's precarious future.