The Nature of Cities

A group video installation of artists, animators and architects from around the world 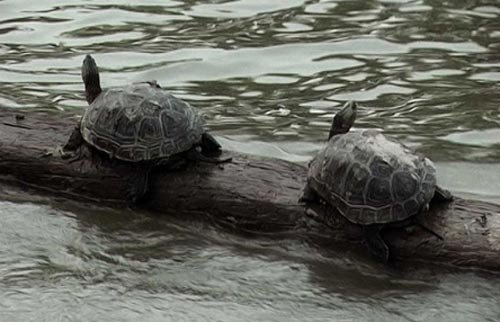 Art Works For Change is proud to announce The Nature of Cities, a group video installation created for the United Nations Pavilion at World Expo 2010 in Shanghai, China. Guided by the Expo theme "Better City, Better Life" the exhibition presents 16 short videos from artists, animators and architects from around the world addressing the theme of urban biodiversity. The exhibition is presented through the generous support of the Adobe Foundation and will be the first created by Art Works for Change in Asia.

The exhibition illustrates the relationship between the urban and natural environments, proposing new ways forward that acknowledge the necessity of human habitats and the fragile state of our ecosystems. Created with design and previsualization by Zoetrope Aubry Productions, the exhibition is presented as a series of six looped videos played across six separate monitors divided in four parts: "The City as Metabolism", "Cities Liquid Assets: Water", "Why Cities Need Nature", and "Nature as Model and Mentor".

"We are extraordinarily excited to stage The Nature of Cities in a setting as visible as the Shanghai World Expo, where it is expected to be viewed by roughly one million visitors over the course of the month" explained Director and Chief Curator Randy Jayne Rosenberg. "China is a community that is critical to the advancement of this cause, and it is our sincere hope that these visitors leave with an understanding of how cities can exist in a way that supports both people and the planet."

Selected projects include the concept work by Vincent Callebaut Architectures, Dragonfly, A Metabolic Farm for Urban Architecture, which explores how to bring the garden back to an urban environment and rethink the durability of the city and food production in a vertical farm modelled after a dragonfly wing. Slurb by Marina Zurkow, employs the technique of presenting anthropomorphic figures to address grave social concerns. In this case, aquatic humans in a post-apocalyptic flooded city interact in a darkly whimsical animated panorama. Cao Fei, in the Birth of RMB City, reflects on China's recent urban and cultural explosion, fusing ancient and modern Chinese icons, and blurring the distinction between fantasy architecture and the rapidly developing contemporary Chinese cities. As a final exapmple, Anthony Discenza's Drift highlights the fleeting and arbitrary nature of much of contemporary urban planning by presenting city blocks as a constantly shifting video mosaic.

The Nature of Cities is made possible by the Adobe Foundation, Zoetrope Aubry Productions, GreenBiz.com, AER Culture, and the United Nations Environment Programme.

NATURE'S TOOLBOX:
Biodiversity, Art & Invention
The Nature of Cities serves as a prelude to Nature's Toolbox: Biodiversity, Art and Invention, an internationally-touring museum exhibition that launches in 2011. This larger exhibition is formed from The Nature of Cities, additional artworks, and Millions of Pieces: Only One Puzzle, a recently commissioned series created in Rwanda by Venezuelan photographer Antonio Briceño.
Millions of Pieces: Only One Puzzle

Art Works for Change produces traveling contemporary art exhibitions that address social and environmental issues. A nonprofit organization, Art Works for Change applies the transformative power of art to promote awareness, inspire action and provoke dialogue. The exhibitions serve as a crucible where artists, museums, advocacy and educational organizations, and the local community may join together.
http://www.artworksforchange.org