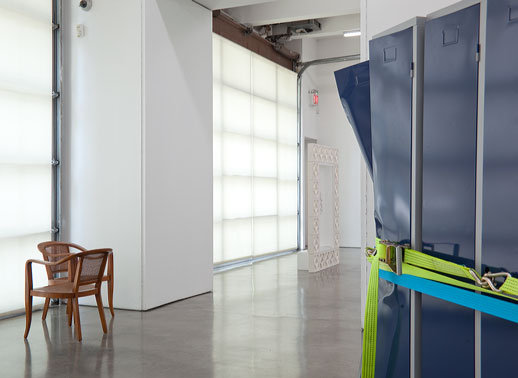 Gladstone Gallery is pleased to announce The Mass Ornament, an exhibition curated by John Rasmussen. This group exhibition takes its title from a collection of essays by the German writer and cultural critic Siegfried Kracauer that were originally published in the 1920s and 1930s in the feuilleton section of the Frankfurter Zeitung. These essays focused on many topics including dance, religion, film, photography, arcades, and boredom—subjects that characterized the public's rapidly shifting relationship to the city, mass culture, and politics during the Weimar Era. The fourteen artists included in the exhibition work across the various media of painting, sculpture, photography and video and recall Kraucauer’s ideas through shared interests in vanitas, ornament, morbidity, and the fragmented figure.

While some of the works in the exhibition bear a more direct association to the subject matter of the essays in The Mass Ornament, there is perhaps more of a commonality between these artists and Kracauer’s method of employing "surface" as a site of cultural productivity. Often less political, these artists nevertheless engage with his sense of "hesitant openness" in their use of marginalized mediums, minor histories, mythology and gallows humor. The works included in the exhibition develop a provisional language that seeks to limit or remove standard associations with the specificity of media. Their quiet surfaces adopt strategies of deference that reveal a critical (and at times caustic) relationship to our increasingly choreographed political and social arena. Participating artists include: Patricia Esquivias, Matias Faldbakken, Jay Heikes, Patrick Hill, Lisa Lapinski, Nick Mauss, Michaela Meise, Silke Otto-Knapp, Maha Saab, Gedi Sibony, Alina Szapocznikow, Ned Vena, John Williams and David Zink Yi.

John Rasmussen is the Executive Director and Curator at Minneapolis’ Midway Contemporary Art. Since founding Midway in 2001, Rasmussen has organized fifty exhibitions and projects that have been the US institutional premieres of many artists including: Omer Fast, Guyton\Walker, Matias Faldbakken, Lisa Lapinski, Gedi Sibony, Michaela Meise, David Lieske, Nate Lowman, and Anthony Pearson.