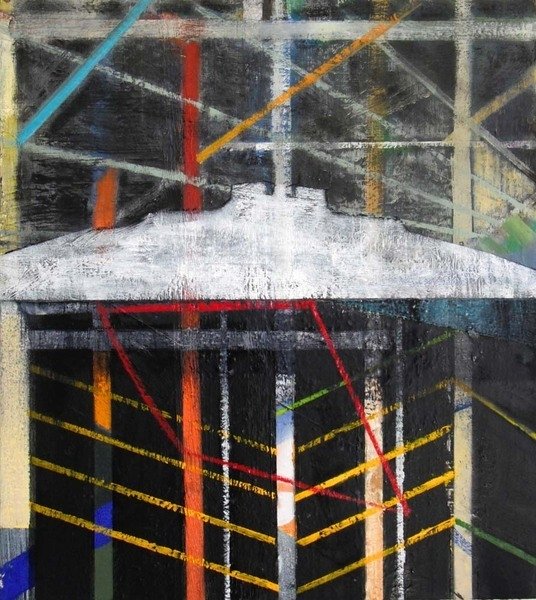 Michael Zachary on S. Billie Mandle: Billie Mandle uses her camera as an epistemological tool. The thing about her pictures that gets under your skin is not so much their silence as it is their brazen, stubborn refusal to resolve into familiar certainties. To look at one of her photographs is to invite dangerous uncertainties like truth, belief, and justification to have their proper seats with you at the table, and once seated the do not go away easily. You might just as well set off a bomb in the middle of your living room, the effect would be the same. The only thing these pictures leave you with is the hope of something like a genuine dialog: seeing as touch, seeing as negotiation, seeing as a way of growing closer to the peculiar state of things as they are and not as we think they should be. Seeing till, in the end, we are (always and eternally) standing somewhere rich and strange.

S. Billie Mandle on Michael Zachary: I find it difficult to stop looking at Michael Zachary’s paintings — the abstract shapes hint at a narrative just out of reach and I keep hoping that if I look longer the complexity will become clear. They remind me of waking up after a particularly vivid dream, with no memory of the details. The paintings suggest a recently lost sense of place, an intense rightness that has vanished, an almost familiar recognition. The process of looking at his pictures unsettles how I see — making it impossible to depend on my eyes to place me or help me understand. The surface and colors of his paintings conspire to disclose something and then just as quickly displace me. All I can do is let go, forced to adapt to this disoriented way of seeing. In the almost spaces Michael has created there is a thrill in becoming a part of the painting itself, a joy in allowing the paintings’ internal logic to prevail.