The show presents one of Oppermann's major 'ensembles': 'Being an Artist (Drawing from Nature, for Example, Linden Blossom Petals), 1969-1985', which was first shown at documenta 6 in 1977. Oppermann's ensembles - evolving full-scale picture installations - begin as a small still life consisting of a found object that the artist treated as an allegory of a certain question. 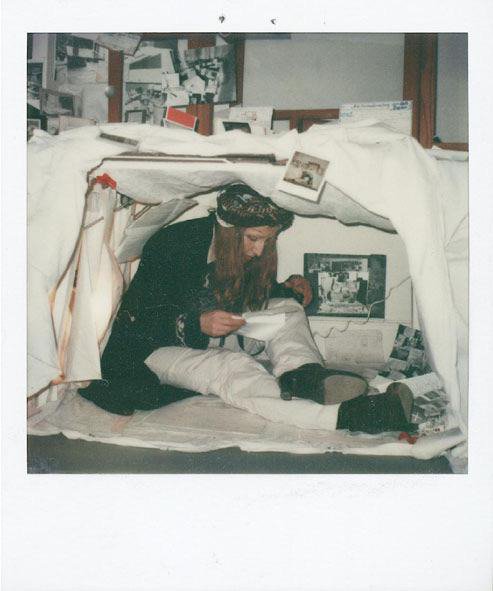 In the seventies, Anna Oppermann developed a radical and controversial artistic language. Her intricate assemblages of drawings, photographs and objects grew into large scale overboarding spacial installations for which the artist coined the phrase "ensemble".

The exhibition catalogue to documenta 6 concludes the following to Anna Oppermann’s work: "Anna Oppermann’s ensembles embody and produce fields of association that emanate from a simple object. To begin with, as an almost arbitrary positing, there is a linden flower bract: the artist draws this leaf and thereby integrates her own physical position – a protruding knee, the jutting edge of a table – into the drawing. This drawing is then photographed, making the drawing and the photograph the first combinatorial level of the ensemble that determines the systematically induced associations: drawing, being a draughtsman, being an artist, art and society, etc. Earlier photographs are incorporated into the higher-level context of larger tableaus, only to revert to being details in later, even more extensive photographs. Oppermann’s horror vacui causes the drawn, photographed and quoted details to expand over many years into ‘object altars’."

The curator and art critic Ute Vorkoeper will reinstall the ensemble. Vorkoeper has worked closely together with Anna Oppermann and will realize the reconstruction following the guidelines which Oppermann herself had elaborated for the installations of her ensembles.

Biographical information to Anna Oppermann:
Anna Oppermann (1940 - 1993) gained international fame during the seventies. She was featured at documenta 6 (1977), at the Venice Biennial in the overview show "Art of the seventies" (1980) as well as documenta 8 (1987).
In 2007/2008 the Württembergische Kunstverein Stuttgart as well as the Generali Foundation in Vienna presented a large retrospective of Anna Oppermann’s ensemble art and published an extensive catalogue on her pieces for the first time after the artist’s death.