I, too, will try to forget... History and its narration, memory and the process of remembrance and their impact on the understanding of (national) identity are common themes in the diverse and international projects included in this group exhibition. Artists from twelve countries show projects that use a variety of media, including photography, film, theatre, installation and performance art, and even pop-up books as tools in the exploration of the past and its effect on us. Curated by Ioana Marinescu and Karoline Mayer. 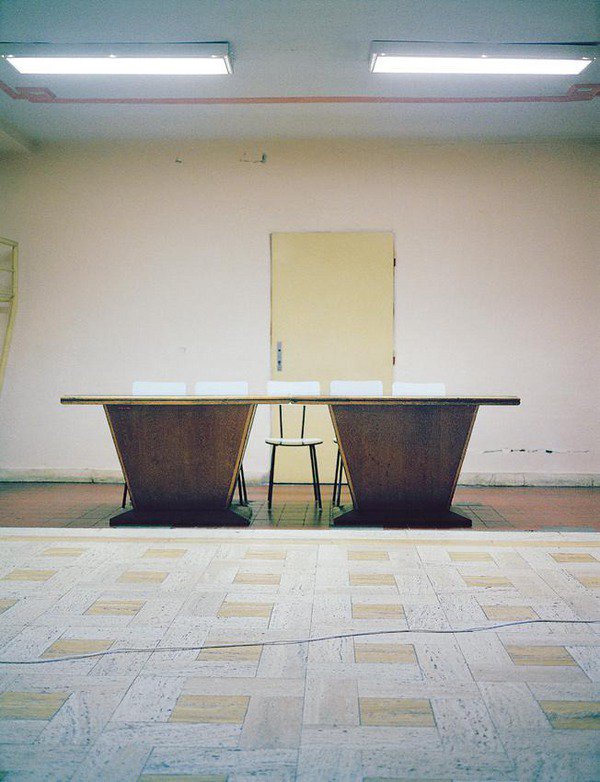 “…Bloss' of snow may you bloom and grow
Bloom and grow forever
Edelweiss, Edelweiss
Bless my homeland forever”
(from the American Musical (1959) and Film (1965) “The Sound of Music”)

“The Sound of Music” is one of the ten most successful films of all times, reaching approximately 1.2 billion viewers all over the world, receiving 5 Oscars and 2 Golden Globe Awards. Today, more than forty years later, its success continues. The film has strongly influenced the general image of Austria worldwide, portraying it as a beautiful country serving as a backdrop for a naïve, creative people happily indifferent towards, if not actively supporting the “Anschluss”. In Austria itself the film did not only flop miserably at the time of its release, it remains mostly unknown to this day.

The contrast between the film’s huge international degree of popularity and its non-acknowledgement in Austria can only be understood as a bizarre manifestation of the Austrians’ unwillingness to deal with a version of the past that has not been adjusted to suit their own self-image. The casually honest portrayal of the country’s National-Socialist past was and still is simply an affront to a people that is doing its utmost to forget.

To what degree is our identity shaped by our awareness about our history?
In order to fully embrace the future do we have to understand the past and how it has shaped us?
Is there, on the other hand, any legitimacy in the saying “to forgive and forget”?

It is a natural human process to blank out unpleasant facts from one’s own memory. At the same time contemporary art practise clearly illustrates our need to find out where we really come from. The exhibition addresses these questions in an international context, whilst stressing the relevance of the project being shown in Austria – a country renown for its problematic position in relation to its own past.

History and its narration, memory and the process of remembrance and their impact on the understanding of (national) identity are common themes in the diverse and international projects included in this group exhibition. Artists from twelve countries show projects that use a variety of media, including photography, film, theatre, installation and performance art, and even pop-up books as tools in the exploration of the past and its effect on us.

Susan Silas (USA), Lamia Joreige (Lebanon) and Yael Farber (South Africa) are among the internationally renown artists that will show their work in Austria for the first time within this exhibition.

Lamia Joreige’s (* Beirut, Lebanon) “Objects of War” is a series of testimonials on the Lebanese war. Each person chooses an object, ordinary or unusual, which serves as a starting point for his / her story. These testimonials help to create a collective memory, and also show the impossibility of telling a single history of this war. Only fragments of this history are recounted here, held as truth by those expressing them. In Objects of War, the aim is not to reveal a truth but rather to gather and confront many diverse versions and discourses on the subject.

The project "Helmbrechts walk" by Susan Silas (USA / Hungary) is a memorial testament to the forced march of female Jewish prisoners at the end of the Second World War evacuating Helmbrechts, a small satellite unit of the Flossenbürg concentration camp in Bavaria. It is a visual representation of the act of walking through a landscape marked by the historical specificity of that forced march. Her portfolio of 48 archival colour prints is a document of that endeavour - walking for 22 days and 225 miles in Germany and the Czech Republic on the 53rd anniversary of those events. The images, contextualized by Silas’ commentary of her own experience, are paired with news clips from the same days in 1998

In "Advanced Science of Morphology" Nada Prlja (* Sarajevo; Macedonian artist) is leading national identity ad absurdum by morphing the flags of the countries of former Yugoslavia while dealing with issues of similarities and differentiation. "Advanced Science of Morphology" is a site-specific public art project that questions the possibility of unity in Europe by reflecting on the changes that have happened to the countries that once made up Yugoslavia.

Yael Farber (* Johannesburg, South Africa) organized, wrote and directed “Amajuba – like doves we rise” commissioned by the North West Arts Council during a six week residency in Mafikeng, South Africa. The play is based on the lives of the five cast members who tell the stories about their growing up in Apartheid South Africa. As in many of her other plays Yael Farber uses theatre as a witness, stating “…We cannot move forward until we truly, and with great integrity, look back. We cannot go forward until we know where we come from. The simple act of acknowledging our past is a step away from denial towards the possibility of healing...”

The video project “Dacia 1300 - my generation”, created by the artist Stefan Constantinescu (* Bucharest, Romania), has its origins in the questions: Who am I? What was my childhood like during Ceausescu’s “golden era”? The artist - initiated discussions with some former neighbours from the Colentina district in Bucharest revolve in large circles around the “Dacia” – the car brand of the communist Romania during Ceausescu that became a symbol of freedom, a paradox in a society collapsed in terror and filth.

In his project “Trafficways 1 | Verkehrsflächen 1” Werner Kaligofsky (* Wörgl, Austria) photographically documented streets and squares in Innsbruck that were renamed since the 1980’s after opponents and victims of National Socialism, recording not only the biographies of the people remembered but also the chronology of often fierce resistance by the locals to the renaming.
In “Trafficways 2 | Verkehrsflächen 2” he “temporarily renamed squares and streets of the Lower Austrian community Erlauf, turning them into memorials. His work was the result of a research in Erlauf on the Holocaust and the resistance against National Socialism…. By doing so, Kaligofsky commemorated the displaced and now mostly forgotten Jewish families that lived in Erlauf until 1938/39, when they were forced to leave…” (Hedwig Saxenhuber)

In her work Ioana Marinescu (* Bucharest, Romania) is trying to reconstruct - through interviews, sketches and old images collected from former inhabitants - the Bucharest of her childhood that partly had to give way to the gigantic palace of Ceausescu constructed during the 1980s’.

In “autores ideológicos” Javier Bernasconi, Omar Estela, Marcelo Montanari, Marcela Oliva and Luciano Parodi (Argentina) bring a Ford Falcon – the car used by the military dictatorship in Argentina in the seventies to abduct people while at the same time being the favourite car of the “Argentine family,” whether middle or upper class, direct or indirect supporters of the government - to the artistic experience in a gesture that transforms its specificity. It is a criticism not settled in the narrative, but implanted in the object in which several episodes occurred; a question, that tries to unearth a part of Argentine history.

In her ongoing project “Catalogue of Austrian War Memorials” Karoline Mayer (* Vienna, Austria) creates an archive of photographs and background information of often hidden rural War Memorials. She sees them as physical manifestations of denial in the way they usually convey a selective, constructed or at least highly uncritical version of Austria's recent past. During the course of this project she inevitably stumbles upon her own family's past in rural Lower Austria.

"Unofficial" and "Double Coding" by Lucia Nimcova (* Humenné, Slovakia) are part of a trilogy in which the artist investigates the typologies, fictions and lived realities of the "new society" being formed under and resulting from a Communist regime in her home country. In the video installation "Double Coding" Nimcova analyses and re-configures footage from 40 films made by Slovak directors after the Prague Spring, between 1968 and 1989 under an era of intense censorship. For her project "Unofficial" the artist researches archives of official cultural institutions of the Humenné region, then revisits locations where the pictures were taken and asks the older generation portrayed in the photographs to perform physical exercise in front of her camera; which they do most naturally.

In the sound piece "Lebensraum" Ger Duijzings (Netherlands / London) performs a public reading in London from his personal diary, entries made between March and August 1992 while he was conducting fieldwork as an anthropologist in former Yugoslavia, a reflection on his practice, on memory, witnessing, the writing and uses of history. The reading was recorded and interpreted by the London based artist Rastko Novakovic (* Belgrade).

In “Wir waren das Kino” Cora Piantoni (*Munich/ lives in Zurich) interviews former cinema staff members in Dresden. The interviews address the time before 1989, the social and political changes that were happening outside the cinema doors, from the position of those sitting and discussing in the foyer, in the gap between fiction on the screen and reality beyond the cinema doors. Topics of conversation besides the films were the obsolete political system and the utopia of changing the system from within. The main focus of the film is how political events manifest themselves in everyday life, how small changes and incidences announced the Wende.

In their performance “I would like to say sorry” A2 company (Alit Kreiz / Anton Mirto – based in London, UK) questions the role of the “good” and the "bad", the myth of perfection and reflect on the need to take responsibility for one’s own actions in order to affect change.