The exhibition borrows its title from an early-90s Mexican telenovela in which certain Latin American realities and stories were depicted as part of a love tragedy. Likewise, this project delineates the negotiating mechanisms of Latin Americanism regarding the telematic culture of a post-capitalist global information and communication technology whose survival strategies imply flexibility and openness. Works by Allora & Calzadilla, Alessandro Balteo Yazbeck, Fernando Bryce and more. 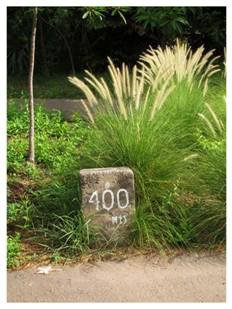 Latin America lies west of Europe, east of Asia and south of the United States. These coordinates, however, do not unravel the nature or the dynamics of this part of the world. Latin America is seen as a composite cliché made up of colorfulness, good weather, fiesta and poverty; a supposedly joyful region where men dedicate their existence to pleasures and passions, sacrificing the production of material goods for a sweet do-nothing life-style. This purported cultural essence is actually an arbitrary construction that does not, in truth, ever or in any major way, define the character of the Latin American persona. In Latin America the notions of uncertainty and contingency substitute those of order, stability and the systematic approach. Globalization, for Latin America, should not be understood as a series of neat, linear determinants, but as a series of complex and chaotic conditions. This leads to, not so much the creation of an ordered global village, but a multiplication of conflict points and contradictions. Therefore, to speak of a Latin American essence or specificity is to ignore the complex processes of influence the West has over the rest of the world and vice versa.

The exhibition De frente al sol (Facing the Sun) borrows its title from an early-90s Mexican telenovela in which certain Latin American realities and stories were depicted as part of a love tragedy. Likewise, this project, which was specially conceived for Galerie Martin Janda in Vienna, delineates the negotiating mechanisms of Latin Americanism regarding the telematic culture of a post-capitalist global information and communication technology whose survival strategies imply flexibility and openness. The need to adapt to economic, political and cultural movements on a global scale demands great human plasticity on both the physical and institutional level. Thus, the artists participating in this show operate from a new platform, where reality and fiction overlap.

The exhibition brings together 18 artists from eight Latin American countries, all of whom have been instrumental in the continent’s artistic development. Through various production techniques and languages, their works address the paradoxes of global culture within the framework of Latin American economies. Cultural identities and hybridizations present in these works bring to mind the universe of soap operas and other mass media products. For instance, the Brazilian collective Detanico & Lain presents a strange alphabet composed of graphics representing architectural facades in the city of Brasilia. In a way, these logos evoke some of the failed social utopias expressed in advertising slogans and in other ambitious narrations from Latin American countries.

By presenting architectural icons from Brazil’s capital, Brasilia, created by renowned architect Oscar Niemeyer, this piece “trivializes” that particular political project’s rigidity. Another example of the utopian and goal-oriented character of Latin American society is Fernando Bryce’s series of drawings, which reproduce historical documents testifying to “moments” and “projects” promoted by strategists who attempted to take on the road to modernization. The works mimic the grandiloquent soap operatic style of political institutions. François Bucher’s video installation La raíz de la raíz shows Colombia’s former president, Ernesto Samper, reading out aloud the identical text of a speech that had been delivered 30 years previously, regarding the anti-drug measures that had defined that earlier decade’s policies. Thus, the speech, being given a new lease of life, takes on a new and curiously different meaning within the context of a rhetoric of the fight against organized crime and terrorism.

All of these works are a result of the new structures of Latin American regions. The dialectic that is generated as a consequence of the tensions generated between what is considered as “one’s own” and that which is seen as “foreign” or “alien” are a result of the integration (or disintegration) processes of international policies. Within this framework of generalized homogenization, it is interesting to see the dynamics of digital communications, as well as the efforts made towards resistance and against cultural marginalization. De frente al sol offers a special vision that takes on the complex modes of development witnessed in these American countries and displays the talents of a new generation.