Saturdays & Sundays 12 - 6PM and by appointment

Emerging contemporary art from East and Central Europe, by 18 artists who were educated at the transitional period between communism and democracy. Much of the work has a dark brooding quality but the narrative remains open and not pessimistic. Many are reflective of life lost or in transition; buildings in semi-ruin, beautiful land being misused. The palette, the memory, the sense of tone, is not anything you see in America or Western Europe. Contemporary Summer 2010 Artist-in-Residence Leonardo Silaghi's first solo painting show. 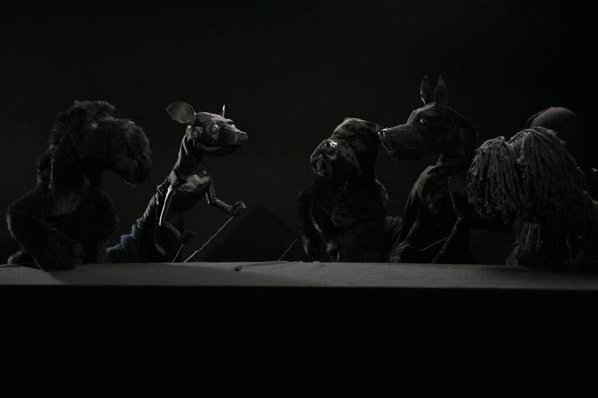 The Hudson Valley Center for Contemporary Art (HVCCA) is pleased to announce the upcoming exhibition After the Fall, opening on Sunday, September 19th, 2010, 3 pm, followed by a round table discussion with the participating artists at 5 pm.

Some of the most impressive new art today, especially in painting and video, is coming from Eastern and Central Europe’s former communist countries. After the Fall attempts to understand how this art differs from art in the West and, more importantly, why artists from this region are making such compelling work at this moment. Countries included in After the Fall are Croatia (Marin Majic, Elvis Krstulovic, Goran Skofic, Josip Tiric, Zlatan Vehabovic), Czech Republic (Josef Bolf, Daniel Pitin), Hungary (Zsolt Bodoni, Alexander Tinei, Attila Szucs), Latvia (Janis Avotins), Romania (Leonardo Silaghi, Marius Bercea, Adrian Ghenie, Ion Grigorescu, Serban Savu, Ciprian Muresan) and Slovenia (Matija Brumen). This is a heterogeneous political, social, cultural and religious region, each having evolved differently after the fall of their proletarian governmental systems.

The young artists in the exhibition were born under Communist rule, but their art schooling occurred following Communism. They live in a society that has struggled to redefine itself. While many artist communities tend to migrate to other countries, they choose to continue to remain in their native lands. They feel a responsibility to the small community of the older generation of artists who worked in isolation from the West during a time of repression. They are not afraid that their work will reflect their genes and landscape – they welcome it. Yet, they are the internet generation and they want to compete on the international stage. It is this conflation of imperatives that makes this work so compelling.

What informs these artists’ works is a deep respect for their heritage. Much of the work has a dark brooding quality but the narrative remains open and not pessimistic. Many are reflective of life lost or in transition; buildings in semi-ruin, beautiful land being misused. The palette, the memory, the sense of tone, is not anything you see in America or Western Europe.

During After the Fall, Leonardo Silaghi, a 23 years-old from Cluj, Romania, and Daniel Pitin from Prague, Czech Republic, will each spend 3 months in Peekskill as artists-in-residence creating new bodies of work, followed by solo exhibitions at the HVCCA. Goran Skofic, of the Croatian Republic, will have a winter 3 month residency, this in partnership with HVCCA and State University of New York New Paltz, also followed by a solo exhibition at the HVCCA. No artists in the residency program have had previous solo exhibitions in NYC. Finally After the Fall will conclude with a one-person exhibit by Geta Bratescu, an 85 year-old Romanian treasure who has never exhibited in New York.

For After the Fall, founders of HVCCA, Marc and Livia Straus, visited over 1,500 artists’ studios, galleries, art schools, alternative spaces, and museums. Yet it was not possible to see every city and every artist. In the end painting predominates in the exhibition because that is a large part of what is happening now in this part of the world. Rather than showing a broad survey, HVCCA restricted itself to 18 artists who each have at least two major works featured in the show.
HVCCA, founded in 2004, focuses on contextualizing current trends in contemporary art. Its exhibits have been highly regarded with visitors coming from around the globe. HVCCA is also focused on the education of its local and regional community and participation in the betterment of Peekskill, a lower economic multicultural riverfront town with a large presence of artists.

Silaghi's large scale paintings are based on a photographic reality, which is later distilled by means of abstraction. This combination leads to images that are both indistinct and coherent at the same time. It is in this complex way that the artist easily crosses the line between abstract and figurative art.
Silaghi was born in Satu Mare, Romania and currently lives and works in Cluj, Romania. He studied at "Universitatea de arta si design" (University of Art and Design) in Cluj- Napoca and received his MA in painting at the same university. Silaghi had a recent exhibition at the Laika Gallery in Cluj.

Opening on Sunday, September 19th, 2010, 3 pm, followed
by a round table discussion with the participating artists at 5 to 7pm
Event is free and open to the public