Cedric Bomford's installations evolve from processes which the artist describes as 'thinking through building' in which the activity of building resembles direct sketching or the recording of ideas. Ane Mette Hol's creative work is concerned with the relations between the original, the photograph and the drawn reproduction. Martina Hoogland Ivanow's photographs convey a presence to the viewer which is both real and poetic. Wood and found pieces of furniture, often anchored in a site-specific space, line Karsten Konrad's artistic career. Some of his objects and spatial constructions have long become cult due to their enduring desire to exceed the norm through a second usage that conserves resources. 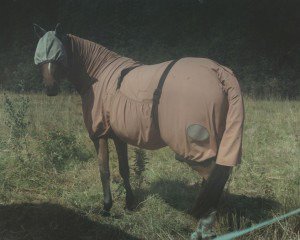 Cedric Bomford’s installations evolve from processes which the artist describes as “thinking through building” in which the activity of building resembles direct sketching or the recording of ideas. In this way, Bomford evades a linear approach generally employed in conventional construction or art projects that start with a preconceived plan and are develop by a step-by-step process that result in a finished work.

In contrast Bomford unites these aspects and the development of a concept, the production and the realization of the installation happen simultaneously throughout the duration of the project. To produce his installations, Bomford uses building materials that he finds at construction sites, building demolitions/renovations or from exhibition deconstructions. He then utilizes these materials to create large, space-consuming interactive sculptures that are reminiscent of struc- tures and forms one encounters in an urban environment.

In his exhibition “Das Amt” at Künstlerhaus Bethanien, Cedric Bomford uses materials collected in Berlin over the course of his year-long residency. The diverse materials he has collected range from hundred year old construction timbers to exhibition rubbish from today’s art business. The artist uses the lumber and other found objects to build structures that are influenced by his personal experiences from his time in Berlin. The work is created, constructed, reconstructed and altered until the very last hour before the exhibition opens. It is not until the opening event that his creative process is frozen and the work turned over to the public.

Cedric Bomford, born in Vancouver, Canada in 1975, lives and works in Vancouver and Berlin. He studied at Malmö Konsthögskolan in Sweden (MFA) and the Emily Carr Institute of Art and Design in Vancouver (BFA). Bomford has exhibited internationally most recently at the Interna- tional Symposium of Contemporary Art. Baie-Saint-Paul. Baie-Saint-Paul, Quebec, Canada (Collaboration with Nathan and Jim Bomford.), at W139, Amsterdam, Netherlands, at Open Space Gallery, Victoria, BC (with Nathan Bomford) and at 381 Projects, Toronto, Canada. Cedric Bomford is the 2009/2010 grantee of the Canada Council of the Arts, Ottawa and the Em- bassy of Canada, Berlin and is a guest at Künstlerhaus Bethanien.

Ane Mette Hol’s creative work is concerned with the relations between the original, the pho- tograph and the drawn reproduction. The artist makes use of objects already reproduced or mass-produced, such as photocopies, book covers or painter’s masking paper and then copies or rather “re-produces” these as drawings. She painstakingly reproduces all the traces of use and wear displayed by the originals, however minimal, including scratches, stains or the marks of pa- per fasteners. Therefore the reproductions that Ane Mette Hol produces in this way, using a num- ber of tools for drawing, are always independent creative inventions as well as imitations of al- ready existing objects.

The focal point of the exhibition at Künstlerhaus Bethanien is Hol’s animation film “After Day and Night”, made in 2010. This is shown as a projection. It is based on stills reproduced in draw- ing, which were taken from webcam recordings of an anonymous section of landscape including railway tracks and a railway tunnel with a road crossing over the top. Her drawings also show the changing light and weather conditions over the course of 24 hours. Later, the individual drawings were scanned onto the computer and joined to produce an animation film. The image of this is divided into two parts, representing two parallel cycles of 12 hours each. Its unusual length, which causes the viewer to despair somewhat – and also means that the film can never be shown in its full length during the gallery opening times – and the apparent lack of action make “After Day and Night” into the artist’s own reminiscences on Andy Warhol and his film “Empire” (1964), which was regarded for a long time as “impossible to watch” from the cineaste standpoint.

If one views “After Day and Night” as a conceptual work, however, it appears as a drawing that moves minimally – now and then in the film, one can see a train passing, a car or a pedestrian on the road –, and makes the viewer aware of transience and the passage of time. In addition, the ex- hibition in Künstlerhaus Bethanien shows a selection of the drawings on paper which Ane Mette Hol produced for the animation.

Ane Mette Hol, born in Norway in 1979, lives and works in Oslo. She studied art (MA) at the Konstfack in Stockholm, Sweden and currently holds a fellowship from the Office for Contemporary Art Norway (OCA); she is a guest at Künstlerhaus Bethanien in the context of our International Studio Programme. Most recent exhibitions include: “Goddesses”, Museum of Contemporary Art, Oslo (2010); “Radical Autonomy”, Le Grand Café, Saint-Nazaire, France (2009); “The Garden of Forking Paths”, Kunsthalle Mulhouse, France (2009). “After Day and Night” will also be shown at Lautom Contemporary Gallery in Oslo from 26th August to 2nd October 2010.

Martina Hoogland Ivanow’s photographs convey a presence to the viewer which is both real and poetic. Their aesthetics are threatening and hypnotic to equal extents. These are short sto- ries related on the basis of single images. The current exhibition in Künstlerhaus Bethanien is enti- tled Satellite and comprises a series of photographs of various “alternative” communities. Not least, the pictures investigate the love affairs and family relationships of the people portrayed; their in- volvement in these relationships or their alienation from emotional and social ties.

In these images, Martina Hoogland Ivanow makes use of dark, fascinating aesthetics and raises a number of questions concerning the “outside” and being an outsider, which are intended not only to affect the subjects of her pictures, but the viewer of the photographs as well.

A photo book about Hoogland Ivanow’s last project will be appearing at the same time as the exhibi- tion. The publisher SteidlMACK is releasing “Far Too Close” (http://www.steidlville.com/books/773-Far- too-Close.html) in October 2010. The book is a meditation, in pictures, on physical and emotional distance – that is, on closeness to a subject and distance from a place. Here, Hoogland Ivanow links family portraits and interiors with distant landscapes in the world. She spent many years travelling to stretches of land in Siberia, Lapland, the Island of Sakhalin and Tierra del Fuego – all places which have an unmistakeable history. In combination with photos of the artist’s own residential dis- trict, the images create a literary fairy-tale with an initial uncanny quality that is gradually trans- formed into a sense of familiarity.

Martina Hoogland Ivanow, born in Sweden in 1973, lives and works in Stockholm. She studied photography at Parsons School of Design in Paris and New York. Her photos have al- ready been published in Another Magazine, Dazed & Confused, and Blindspot and have been shown in the Victoria & Albert Museum (London), in Brandts Museet for fotokunst (Denmark) and in the Moderna Museet in Stockholm.

Wood and found pieces of furniture, often anchored in a site-specific space, line Karsten Konrad’s artistic career. Hyperactive, deconstructive, and yet utterly relaxed in his own envisioned cosmos, he is one of the leading individuals of a scene that never gives up working on the reformulation of the urban world. Some of his objects and spatial constructions have long become cult due to their en- during desire to exceed the norm through a second usage that conserves resources. Few sculptural statements are able to convey such a formally coherent and progressive impact.

Karsten Konrad, born in Würzburg in 1962, lives and works in Berlin.

For the first time since Künstlerhaus Bethanien’s move, the artists of the International Studio Pro- gramme will be opening their studio doors and inviting interested visitors to view the focal point of the new building, the artists’ studios. We are delighted to show visitors the new studio space, in which artists from all over the world have begun work in the past weeks, filling the old “Lichtfab- rik” with new life.

Begin: Thursday, 7th October as from 7 pm, entrance over the exhibition space, Kottbusser Str. 10. Special sale of our publications – during the Open Studios, we will be offering you another oppor- tunity to acquire many of our carefully designed publications at a very special price. (Book stall in the entrance area to the exhibition space, Kottbusser Straße 10, 7 – 10 pm). The Open Studios are being realised with generous support from the Governing Mayor of Berlin, Senate Office – Cultural Affairs.