Treasures from Budapest features over 200 works and includes paintings, drawings and sculpture from the early Renaissance to the twentieth century. Selected works by artists including Leonardo da Vinci, Raphael, El Greco, Rubens, Goya, Manet, Monet, Schiele, Gauguin and Picasso are on display, many of which have not previously been shown in the UK. The RA Rooms show Painting on canvas and paper 200-2010 by Mali Morris. The works illustrate the development of her practice applied to small-scale paintings on both canvas and paper and offer a wonderful insight into how her work has developed over the last ten years. 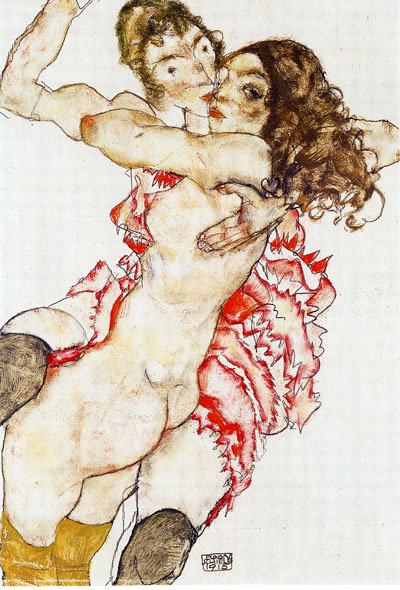 Treasures from Budapest: European Masterpieces from Leonardo to Schiele

The Royal Academy of Arts presents a major exhibition of works which showcases the breadth and wealth of one of the finest collections in Central Europe. The exhibition features over 200 works and includes paintings, drawings and sculpture from the early Renaissance to the twentieth century. Selected works by artists including Leonardo da Vinci, Raphael, El Greco, Peter Paul Rubens, Goya, Edouard Manet, Claude Monet, Egon Schiele, Paul Gauguin and Pablo Picasso are on display, many of which have not previously been shown in the UK. The exhibition comprises works from the Museum of Fine Arts, Budapest, with additional key loans from the Hungarian National Gallery and provides a once in a lifetime opportunity to view these artworks in London.

The show is organised broadly chronologically, with thematic sections which consider the richness of the collections in relation to religious works, mythological subjects, portraiture, still lifes and landscape painting. The exhibition opens with the dramatic St. Andrew Altarpiece, 1512, from Liptószentandrás, drawing attention to the wealth of skill and sophistication of early wood carving in Hungary. The work reflects the influence and exchanges of culture with Northern European painters, sculptors and carvers. Key works from the early Italian School include rare and exquisite Renaissance bronze sculptures attributed to Leonardo da Vinci and Andrea Riccio as well as fifteenth-century devotional paintings by Jacopo Parisati da Montagnana and Liberale da Verona. The Northern European Schools are represented through paintings by Lucas Cranach the Elder and Maerten van Heemskerck. At the heart of the exhibition sits a selection of over eighty Old Master drawings which includes works by Leonardo da Vinci, Albrecht Dürer, Albrecht Altdorfer, Annibale Carracci and Giambattista Tiepolo and ranges from preparatory studies to presentation drawings.

The Italian School remains prominent throughout the galleries dedicated to the sixteenth and seventeenth centuries and includes religious and mythological paintings by artists including Jacopo Tintoretto and Giovanni Francesco Barbieri (Il Guercino) whilst works by Nicolas Poussin and Laurent de la Hyre highlight the French School. Large scale paintings by Peter Paul Rubens and Jacob Jordaens showcase the Flemish School and the exceptional Spanish collection is displayed through works by El Greco, Goya, Jusepe de Ribera and Bartolomé Esteban Murillo.

The Museum of Fine Arts, Budapest houses the state collection of international art works in Hungary and includes the Esterházy collection, acquired in 1871. The collection began in the seventeenth century but expanded during the rule of Prince Nikolaus II Esterházy (1765 – 1833) who was primarily responsible for developing the fine collection of Old Master paintings and drawings which is showcased in the exhibition. One of the highlights of the exhibition is Raphael’s Virgin and Child with St John the Baptist, 1508 (known as The Esterházy Madonna).

Treasures from Budapest: European Masterpieces from Leonardo to Schiele includes still lifes, landscapes and portraits by some of Europe’s finest artists, including works by Royal Academicians Sir Joshua Reynolds, John Constable and Angelica Kauffmann. The exhibition concludes with a showcase of works by Impressionists such as Claude Monet, Pierre-Auguste Renoir, and Camille Pissarro and twentieth century artists including Marc Chagall, Pablo Picasso and Egon Schiele alongside works by Hungarian artists such as Károly Ferenczy and József Rippl-Rónai.

CATALOGUE
Treasures from Budapest: European Masterpieces from Leonardo to Schiele is accompanied by a fully illustrated catalogue which provides a forum for the exploration of a number of recent discoveries about particular works in the collection.

Mali Morris - Painting on canvas and paper 200-2010
This exhibition is an opportunity to see a collection of paintings by the recently elected Royal Academician, Mali Morris. The works illustrate the development of her practice applied to small-scale paintings on both canvas and paper and offer a wonderful insight into how her work has developed over the last ten years.

Morris sees these works as being very distinct from her large-scale canvases: “I started working on smaller canvases 15 years ago, moving towards a different way of making paintings. Colour relationships, more compressed and sparse than in the larger works, seemed to construct a new kind of light, and I liked the intimacy of scale. In all these paintings colour was deliberately buried, so that it could be re-discovered through a kind of improvised choreography. In the final stages of this excavation I have to work fast to find the painting. I often have to start over, putting them aside for another day, or month, or year... The works on paper are more immediate, and allow for the luminosity of the ground to show through - I don’t think of them as studies but as small paintings in their own right, on a different surface, part of an on-going working process, another form of exploration.”

Mali Morris was born in North Wales, and studied fine art at the University of Newcastle upon Tyne, and the University of Reading. She has exhibited nationally and internationally since the late 1970s, and is represented in the collections of the Arts Council, British Council, Contemporary Art Society, Government Art Collection, National Museum Cardiff, and the Whitworth Art Gallery, Manchester.

Mali Morris was elected as a Royal Academician in March 2010.

In the Sir Hugh Casson Room for Friends of the Royal Academy
Open to the public daily 4–6pm, Fridays until 10pm. Admission free